Competing in the women’s 10km marathon swim at the Tokyo Olympics in August 2021, the 24-year-old became the first Black female swimmer to represent Team GB at an Olympic Games. Only two Black swimmers had represented Britain at the Games before Dearing: Kevin Burns swam at the 1976 Olympics in […]

Competing in the women’s 10km marathon swim at the Tokyo Olympics in August 2021, the 24-year-old became the first Black female swimmer to represent Team GB at an Olympic Games.
Only two Black swimmers had represented Britain at the Games before Dearing: Kevin Burns swam at the 1976 Olympics in Montreal and Paul Marshall won bronze in Moscow four years later.
“It’s something I never thought I would be or would achieve,” Dearing told CNN Sport.

“To have gone to the Olympic Games is incredible and I’m really honored to be one of a few select people who have ever represented GB at an Olympics.”

Regardless of the result, she had written herself into the history books the moment she dove into the waters of the Odaiba Marine Park, but for Dearing, this was exactly the issue — the result was everything.

Having fallen away from the leading pack early on, Dearing finished 19th as Brazil’s Marcela Cunha took gold. “I’m pretty broken,” she told reporters after the race.

Four months later when CNN speaks with her, the pain is still raw.

“It wasn’t what I anticipated or expected of myself at all, I was really disappointed by it,” Dearing said.

“It’s always going to sit with me and I think there’s nothing wrong with that — that’s the passion I have for wanting to be who I am, I want to be one of the best athletes in the world.

“Having that result kind of end up reflecting my lifetime of work is what’s really hurt me at the moment.”

‘Fuel for the fire’

Months back into intensive training, for now Dearing’s focus is on the 2022 Commonwealth Games in Birmingham — a quite literal home Games for Dearing, born and raised in the West Midlands city.

Yet given the extent of her disappointment, it is perhaps unsurprising that she has already set her sights on the Paris Olympics in 2024, with qualification set to take place a year prior to the Games.

If the “fuel for the fire” stoked by the hurt of Tokyo wasn’t enough, Dearing would arrive in Paris without the added weight of being a first-time Olympian — a weight she admits she didn’t fully appreciate at the time.

“I didn’t give it as much thought as I think I should have,” Dearing said.

“I thought, ‘I’m racing against the same women that I always race against … how different will the Games be?’ And they were.

“It was exciting and amazing, but also incredibly terrifying. Having that knowledge of all those emotions — everything that’s going on — is only going to make my mind frame and my position stronger for Paris.”

On top of that, there is the potential boost of having fans, friends and family present. Having debuted at a Games unlike any other in history — run without fans due to the pandemic — Dearing will embrace a much more conventional experience in the French capital should she qualify.

“I can experience the Games as they were in the past — have fans there and go live it,” she said.

“I’ve only ever had someone come and watch me once at a competition abroad, so I’m kind of used to no one being there for me, but Paris would be a great opportunity to get friends and family out and get everyone having a good time.

“Hopefully, I swim well and have a really good race and then have a big celebration at the end — it’s all part of the enjoyment of the sport.”

Fri Jul 29 , 2022
Donald Trump and the Saudi Arabian government are a match made in money heaven. Their cozy relationship is on display this week as the Saudi-backed LIV Golf Invitational will take place at Trump National Golf Course in Bedminster, NJ and the former President is taking part in Thursday’s pro-am. LIV […] 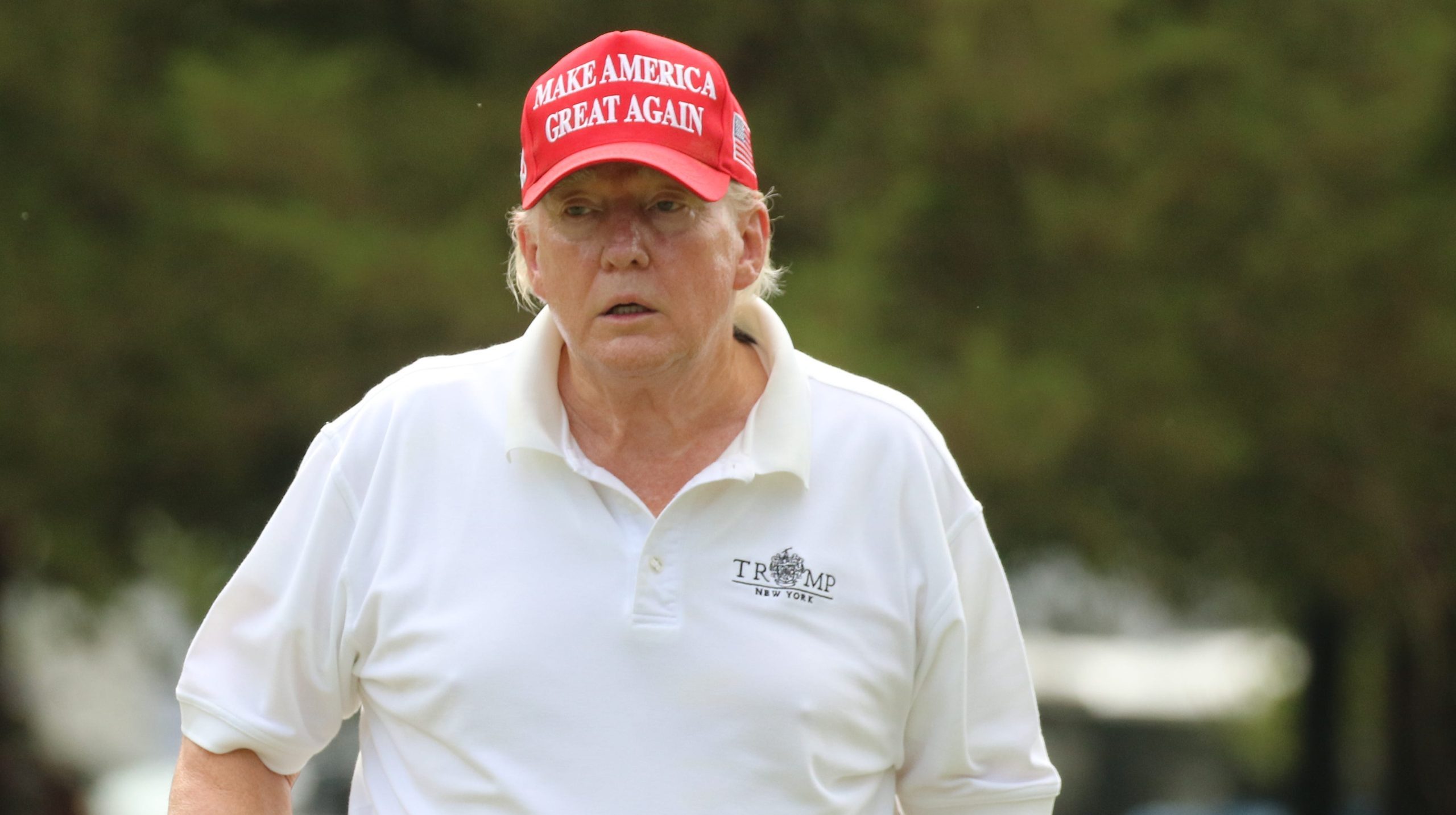