For the world’s fastest flatwater sprinter, slowing down isn’t easy. And for Nevin Harrison, a scaled-down schedule still includes at least one training session on her canoe every day — and often two workouts a day — in addition to her full-time class load as a biology student at San […]

For the world’s fastest flatwater sprinter, slowing down isn’t easy. And for Nevin Harrison, a scaled-down schedule still includes at least one training session on her canoe every day — and often two workouts a day — in addition to her full-time class load as a biology student at San Diego State University.

She then recognized her need to take a bit of a break from the rigorous competition schedule.

“I needed to regroup and chill out a little bit,” she said.

She opted not to participate in the European circuit races this spring, but she is already gearing back up to return to the world championship this August at Lake Banook in Halifax, Canada.

A 2020 Roosevelt High School graduate who got her start canoeing on Green Lake, Harrison said she was heartened by messages she received on social media from folks all around Seattle during the Olympics last summer. Her parents still live here, and while she doesn’t envision moving back anytime soon — “I just love the (San Diego) sun too much,” she said with a laugh — Seattle will always be home.

“I really do feel so much support from my city, and I love that,” she said. “I could feel the love in Tokyo.”

In a sport long dominated by Europeans, Harrison burst onto the international scene as a 17-year-old when she stunned the field to win her first world championship in Hungary in 2019.

She then paddled to a convincing victory in the Olympic finals on Tokyo Bay, winning the race in 45.932 seconds — nearly a full second ahead of six-time world champion Laurence Vincent-Lapointe of Canada.

Harrison has become the de facto face of the sport in the U.S.

“It was such a crazy experience,” she said, reflecting on her first Olympics. “I don’t think I fully understood how much of a toll it would take on me. It was just so nerve-wracking. The race anxiety was some of the craziest I’ve ever experienced.”

And she’s ready to do it all over again for the 2024 Olympics in Paris. She’ll still be just 22 then.

How does someone who has achieved so much at such a young age continue to raise the bar?

“It’s a huge challenge,” said Harrison, who turns 20 on June 2. “I set out when I was a kid entering into this world having my biggest goal ever to hopefully one day win the Olympics. And it’s pretty surreal to have achieved that at 19. It’s kind of hard to wrap your head around sometimes, thinking, ‘Oh, most people work their entire careers, and they don’t get this.’ It’s really rare and really special, and every day I’m grateful for it.

“But now instead of having that, ‘Oh, I want to win the Olympics’ being sort of the motivation, I think it’s turned into beating my old self and improving myself and setting new standards and breaking new records. That’s what I have to focus on, like it’s time for me to try to do the impossible, rather than just trying to win a race. I mean, I still want to maintain my title and prove that I’m still up there. But it’s a different game, not being the underdog anymore.”

Sports world reacts to the school shooting in Uvalde, Texas

Thu May 26 , 2022
In Dallas, Steve Kerr and Jason Kidd did not want to talk about basketball. LeBron James made no effort to hide his anger. Jayson Tatum of the Boston Celtics, a young father, called the news “devastating.” The sports world reacted swiftly Tuesday to the news of an 18-year-old gunman opening […] 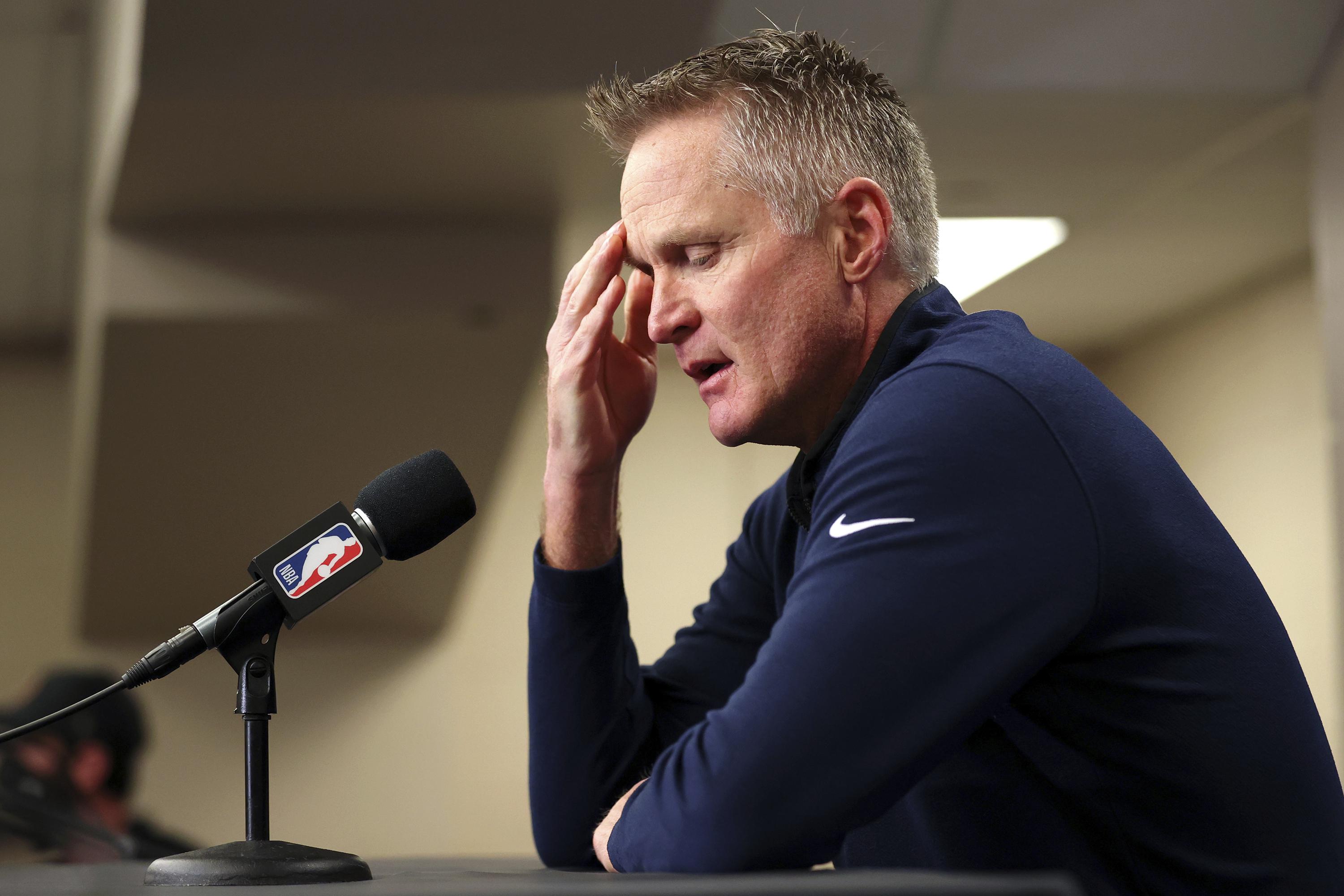