Bo Jackson’s legendary sporting prowess is one that needs little introduction. The world’s only All-Star in both baseball and American football turned to cycling after a series of tornados swept his home state of Alabama in 2011. Jackson leads Bo Bikes Bama every April, an annual charity bike ride that […]

Bo Jackson’s legendary sporting prowess is one that needs little introduction. The world’s only All-Star in both baseball and American football turned to cycling after a series of tornados swept his home state of Alabama in 2011.

In its 11th year and as of 2022, Bo Bikes Bama has helped raise over $2 million to help repair 600 homes and build 68 community storm shelters. 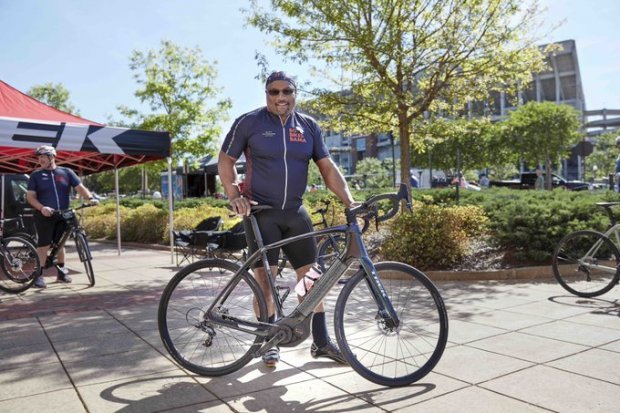 ‘You’re limited if you’re going to do something like a charity golf outing compared to running or cycling. I figured I could get a lot more cyclists out than runners.

‘This charity ride [Bo Bikes Bama] is for everyone that knows how to ride a bike. We’ve had riders from four years old to 90 years old, people from seven to eight different countries coming over to participate. 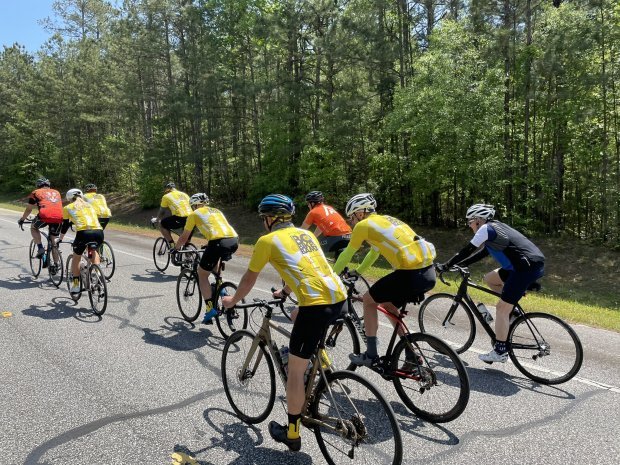 Coronavirus forced Bo Bikes Bama into being a virtual event for the last three years. Yet this didn’t deter the fundraising, in fact it did the opposite, exacerbated by the interest in at-home trainers.

‘More people did it. I think because of the monotony of sitting at home looking at four walls not doing anything. When doing the virtual ride, at least you can communicate with other people from around the country or around the world.

‘Everybody wants to be out in the sun, riding up and down the hills, through the forest preserve, and so forth and so on, mingling and conversating with each other.

‘It’s that physical contact that makes that makes it exciting. Getting to see friends that you haven’t seen in three years or seeing riders that have supported you every year.’

Anticipation for the latest edition on the 23rd April 2022 is palpable. Jackson says they usually host from 1,200 to 1,500 riders per year.

‘It doesn’t matter if it’s 300 or 1,200 riders, we’re all riding for good cause and our mission is to raise as much money as we can, while having as much fun as we can on the bikes. It’s a wonderful time.’

He is full of praise for the route designers and volunteers. Both rides will pass through the Auburn University campus while the longer ride travels into Tuskegee and Macon County, encompassing 1,500m more climbing. 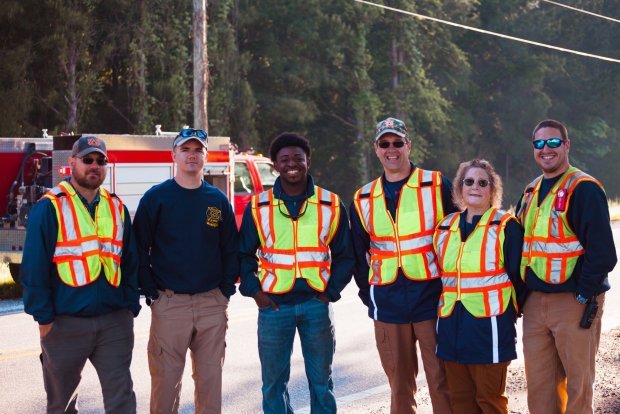 ‘We have great people that spend their time to map out the route for us, because we don’t want it to be too hilly.

‘But we also don’t want it to be a walk in the park. We want people to experience what a true bike ride is. It’s not a race, it’s just a ride.

Sponsors and partners of Bo Bikes Bama include Zwift, Nike and Trek. In 1988, Jackson participated in Nike’s second ‘Just Do It’ campaign by hooping, running, and cycling.

When it comes to Trek, whose bicycles he rides, he says, ‘I’m not a small guy. I have to get my bike specially made. What I like about Trek is that they take the time to work with their customers to fit a bike like a custom suit.’ 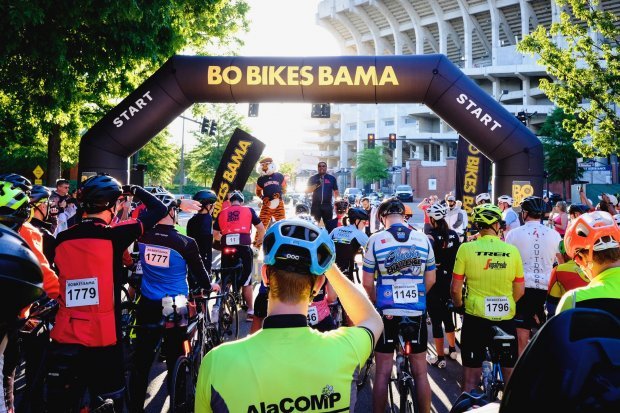 Cycling offers more of a community feel than other sports, which drives up participation in the event, but it is also extremely beneficial for physical health.

Jackson has an artificial hip and regards cycling as his running, an activity that he can’t do to the extent he once was.

‘It keeps me in shape. People don’t realise that cycling works every muscle.

He jokes that one of the best things about cycling is also the feeling of wind blowing through his hair (Bo is bald) and throughout the interview it’s easy to see why so many people participate in and enjoy the rides.

There might be a Heisman Trophy winner next to you, but everyone is there for the same reason. To raise money for an important cause while doing something fun and beneficial for health.

Jackson’s earlier experiences in riding a bike didn’t go too smoothly. He admits, ‘I could always ride the bike uphill, but coming downhill I would always fall. I was too afraid to turn the handlebars so I’d just go straight.

‘I’ve been riding bikes all my life and I’ve got a little bit better as I’ve gotten older. Not too much, but better!’

Other sport stars like basketball’s Reggie Miller, often seen out riding in California, have participated in Bo Bikes Bama.

This year, Super Bowl champion and MVP Desmond Howard will join in the fun.

‘I reach out to anybody and everybody that wants to ride. If it’s your first time, come on, because every year there will be first time riders coming around.

‘We don’t expect you to be out there with guys that ride 300 miles per week. We just want you to enjoy the scenery, enjoy the person riding next to you and get to meet new friends.

‘And at the same time, we are raising funds for a very good cause.’

Registration for the event and its virtual counterpart has closed, but you can still donate here.

Fri Apr 22 , 2022
UHD Club Sports teams have enjoyed quite a bit of success over the years – and that tradition continues. From the baseball diamond to the soccer field to the gymnasium courts, here are the highlights of UHD Club Sports Teams for Spring 2022.  Baseball Club Wins Conference Championship For the […] 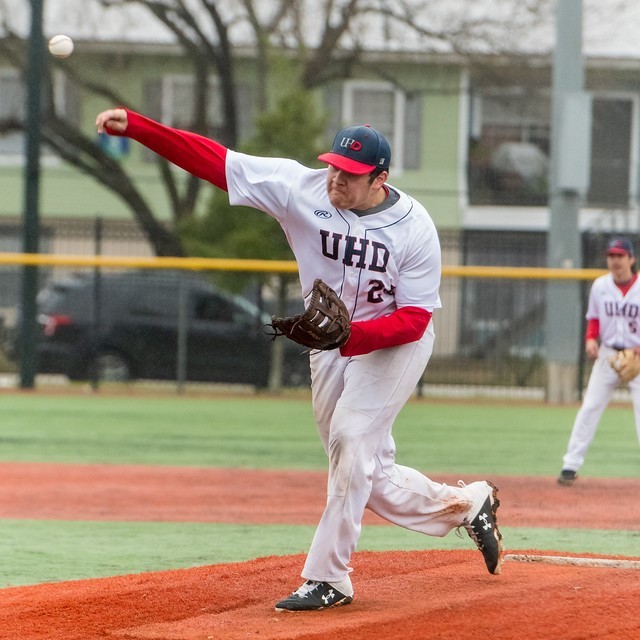