Ding ding ding, we have a winner.

After hosting, traveling and succeeding in regional matches over the course of the year, the Iowa State Boxing Club was named the Sports Club of the Year by Recreation Services.

The club was officially honored at the “Recspys” on April 22, receiving a plaque and being honored as the top club at Iowa State.

“This year, the club took a major step forward,” club president Brandon Daniels said in a statement shared with the Daily. “This can be easily attributed to my fellow officers and head coach Olivia Meyer.”

“Under her leadership and direction and the officers’ guidance, our club has flourished to the point where we have been recognized for Sports Club of the Year,” Daniels said. “This has not been an individual effort, but a monumental group effort that has made us better in every single aspect.”

The club hosted a regional match at State Gym earlier this season with multiple college teams in attendance. They also traveled to nearly 10 matches across the state of Iowa during the fall semester and competed in regional and national tournaments.

There are over 100 members of the boxing club, and their community outreach officer, Jon Carlson, is happy to see the club flourishing.

“I could not be more proud of our club than I am now,” Carlson said. “Personally, I’m just glad I have this role, so I can share with the rest of the community what we have accomplished and the progress we have made towards eliminating the stigma around boxing and creating an inclusive, friendly and safe environment for everyone involved.”

McKenzie Stewart was honored as an individual competitor as well, picking up All-American honors for a win in the quarterfinals during the National Tournament.

Olivia Meyer assumed the duties of the head coach and was also nominated for the regional NCBA (National College Boxing Association) chair. The NCBA is the league the club participates in, and the club is governed by USA Boxing.

Meyer is proud of the progress made by the members of the club and looks forward to the success that will come with the club growing in numbers and notoriety.

“We take pride in our progress within our gym: Progress in the fundamentals, progress in our culture, and progress in trusting the process,” Meyer said in a statement sent to the Daily. “We are finding beauty in what transition is and can become. We are always looking towards the future, setting attainable goals, and striving to learn lessons that can make us the best we can be in the sweet, sweet science.”

Fri May 6 , 2022
Thousands of athletes and fans will gather in the Twin Cities in June 2026 for the Special Olympics USA games, held every four years in the United States for children and adults with intellectual disabilities. Gov. Tim Walz made the announcement Friday at the University of Minnesota’s Huntington Bank Stadium, […] 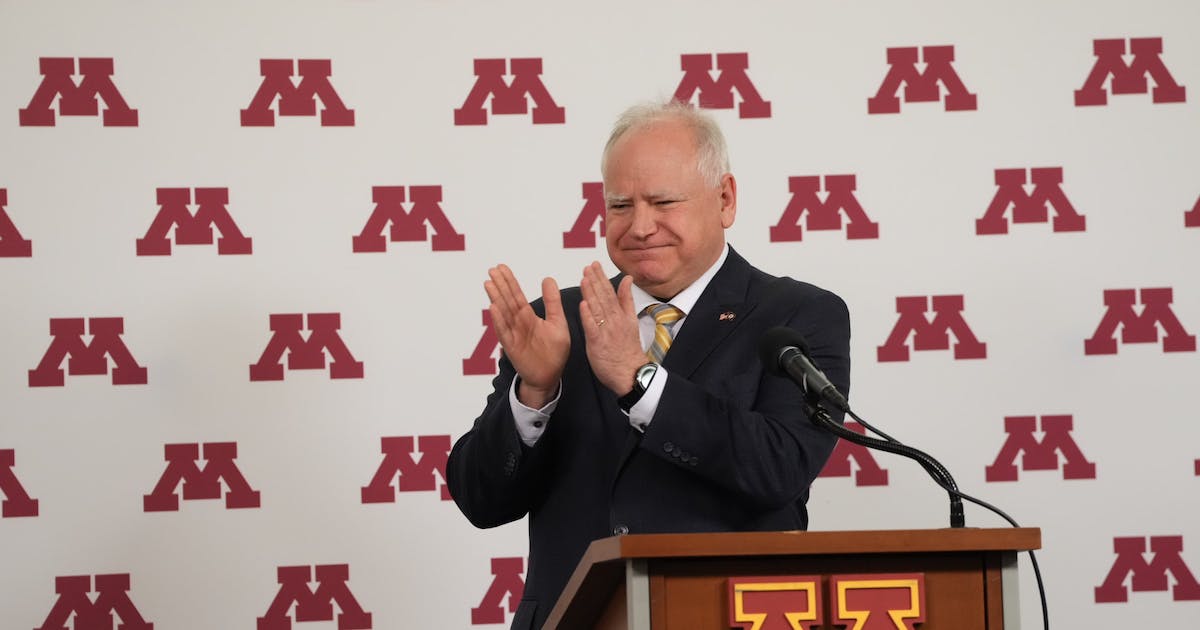