SKIDAWAY ISLAND, Ga. (WSAV) – On the morning of the Club Car Championship’s opening round, only one thing was on everybody’s mind: the persistent, gusty wind. “It was the talk, everyone was talking about it before the tournament, when the forecast came out a couple days ago,” said golfer and […]

SKIDAWAY ISLAND, Ga. (WSAV) – On the morning of the Club Car Championship’s opening round, only one thing was on everybody’s mind: the persistent, gusty wind.

“It was the talk, everyone was talking about it before the tournament, when the forecast came out a couple days ago,” said golfer and St. Simons Island resident Joey Garber. “We knew we had to battle and it would be tough for us. We just have to put one foot in front of the other and make as many good swings and putts as you can.”

While the storms that accompanied the wind delayed play at The Landings Club for just under an hour-and-a-half in the afternoon, the wind impacted play for much longer than that, particularly among the early cohort. The south breeze rolled across the course at 15 to 20 miles per hour sustained, with occasional gusts of over 30 miles per hour.

All of the tournament’s top nine players teed off in the afternoon group, which got to resume play after the storms passed into much more calm winds. That reflected on the leaderboard; all of the top nine golfers were in that afternoon cohort. The best scorers of the morning group, Bo Hoag and Will Dickson, both carded -4, which is four strokes off the eight-under pace set by Carl Yuan and Mark Hubbard.

“It was quite windy to start with on the back nine, some tough holes,” Yuan said. “I made some good pars to start the round. I just hit good shot by good shot.”

Of the 156 golfers in the tournament, only 44 of them still need to finish their first rounds. The last group to tee off was on hole 12 when play was suspended just past 7:40 p.m. due to darkness.

The most prominent performance among local golfers is by Beaufort’s Mark Anderson, who ended the day tied for fourth at six-under. He has one hole left to finish in his first round, which is bogey-free so far.

Most local golfers will still have to play out their first rounds on Friday morning. Country Day senior and Auburn commit Reed Lotter (+1 thru 12 holes), Georgia Southern graduate Steven Fisk (-2 thru 12) and St. Simons Island residents Mookie DeMoss (-2 thru 12) and Dalton Ward (E thru 11) will all try to go into their second rounds on a positive note with a strong morning performance.

Garber is originally from Michigan, but he played golf at UGA and considers South Georgia his home now. He and the other local players have plenty of friends around cheering them on throughout the tournament.

“It probably means more than most people know, to play close to home and have friends and family here.” Garber said. “I have friends from Michigan, they came down and friends from St. Simons too. Hopefully we’ll keep it going for a couple of days and drink and hang out and enjoy the town and watch some good golf.

The first round will pick back up at 7:20 a.m. Friday. Tee times will be delayed by 15 minutes; the first golfers will go at 7:35. A full list of tee times can be found here.

Fri Apr 1 , 2022
USOPC officials say laws like HB11 oversimplify a “very complex issue.” (Francisco Kjolseth | The Salt Lake Tribune) People gather near the Olympic cauldron before it is lit up on the 20-year anniversary of the Salt Lake 2002 Olympic Opening Ceremony at Rice-Eccles Stadium on Feb. 8, 2022. U.S. Olympic […] 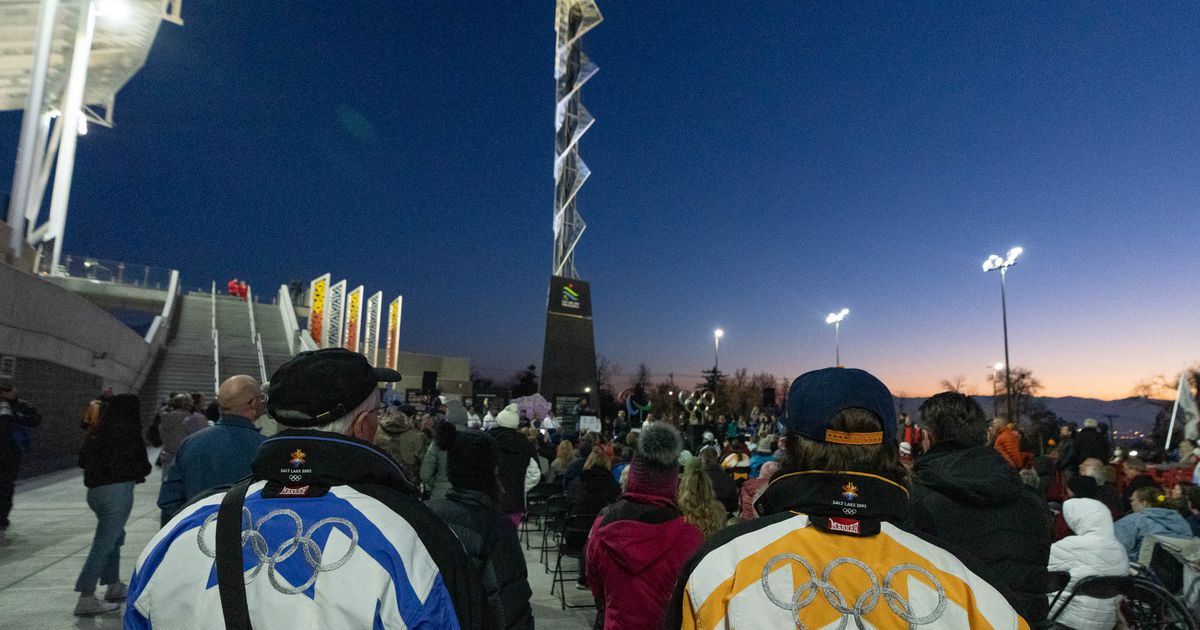