This article originally appeared in the 2021 Year In Review edition of SwimSwam Magazine. Subscribe here. At the 2020 Olympic Games, host country Japan won both its highest number of gold medals at an Olympics (27) and its highest number of medals (58) to date. This placed them third at […]

This article originally appeared in the 2021 Year In Review edition of SwimSwam Magazine. Subscribe here.

It was not a surprise. Usually, the host country surpasses its medal count from past Olympics.

Data shows, almost without exception, that Olympic athletes from the host country end up on the podium more often and take home more gold medals than they do when competing away from home.

However, an interesting phenomenon happens in swimming.

Let’s go back to 1996. In Atlanta, the United States was the overwhelming favorite to top the medal count in swimming, and they did not disappoint. Led by Amy Van Dyken, Brooke Bennett, Jeff Rouse and Tom Dolan, the Americans won 26 in the pool, 13 of them gold.

In 2000, the Australians, with Ian Thorpe, Grant Hackett, Michael Klim and Susie O’Neill, represented a real threat to U.S. domination. But the Americans performed even better than they had done on their home turf four years earlier: they won no less than 33 medals, 14 of them gold. Australia won 18 medals, five of them gold.

Four years later, Australia sent a strong women’s team to Athens, plus Thorpe and Hackett. Although they made the podium fewer times than in Sydney (15), they won more gold medals (7).

Greece did not win any medals in either 2004 and 2008, so it’s not considered in this analysis.

In Beijing in 2008, China won a lone gold medal in the pool with Liu Zige in the women’s 200 fly. Overall that year, Chinese swimmers won six medals. In 2012, they were much better: 10 medals, five gold, led by Ye Shiwen and Sun Yang.

In London, the British swimmers ended up with no gold medals and three medals overall. Four years later, in Rio, a remarkable improvement: they won one gold and six medals.

In Rio in 2016, Brazilian swimmers walked out of the pool without any medals, which is something rare in recent Olympics. The only Brazilian swimmer to win a medal in that year was Poliana Okimoto, a bronze in the women’s aquatic marathon. This year, in Tokyo, a much better campaign: two medals in the pool and one gold medal in the aquatic marathon.

In other words, in the last 25 years, without exception, the swimmers from the host country have taken fewer gold medals than they would eventually win in the following Olympics.

This is quite rare if we take all sports into account. In fact, since 1996, only Great Britain in 2016 and Brazil in 2021 increased their medal tally at the Olympics right after having hosted them.

Why does this happen in Olympic swimming?

One could argue that the whopping amount invested in creating a world-class sporting infrastructure during the host year would translate into medal gains only a few years later. But if that were true for swimming, it would also be true for other sports, and it doesn’t seem to happen.

Maybe it is related to the amount of pressure involved. Swimming is one of the most watched sports at the Olympic Games. It is so popular during the Olympics that the swimming finals took place during the morning in Tokyo in order to maximize the American TV audience rates.

With a big audience comes pressure, and that’s an issue extensively addressed by the Australians in 2000, the British in 2012, and the Brazilians in 2016. They faced a scenario of high pressure they had never experienced before, and it’s difficult to be prepared for that. The expectation is often raised by the fact that swimming is one of the first sports in every Olympics to distribute medals, and the pressure certainly doesn’t help.

The British fans were expecting Rebecca Adlington to win two gold medals in 2012, but she didn’t perform well. She was the only gold medal prospect among British swimmers in the pool at that time. That’s a problem when a country depends on the success of few swimmers. It happened with the Chinese in 2008, with the Brazilians in 2016, and even with the Australians in 2000.

Some very strong Japanese contenders succumbed in Tokyo, like Daiya Seto and Shoma Sato. Yui Ohashi was the sole Japanese swimmer to win gold medals. Will the trend continue in 2024 and Japan will be another country to improve its performance in comparison to its home-based Olympics? We will have to wait and see.

Tue Jun 14 , 2022
SAN DIEGO, CA – JULY 20: John Cena attends the red carpet for ‘Bumblebee’ at Comic-Con International 2018 on July 20, 2018 in San Diego, California. (Photo by Matthew Simmons/Getty Images for Paramount Pictures) One of the most touching stories in the sports-adjacent world has gone viral over the past […] 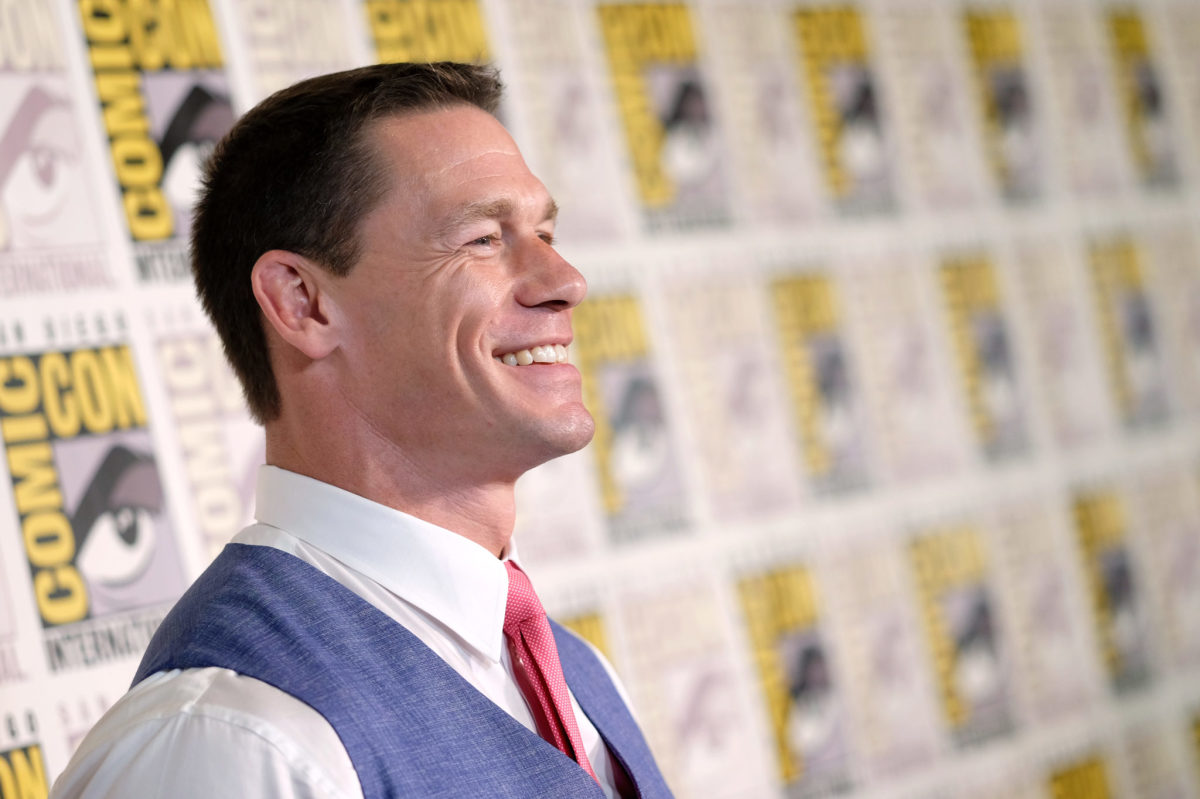