Happy Wednesday, everyone! I hope you’re doing well. Let’s get right to it. This is the article version of the CBS Sports HQ AM morning newsletter. To sign up and get this in your inbox, fill out the information below. Please check the opt-in box to acknowledge that you would […]

Let’s get right to it.

This is the article version of the CBS Sports HQ AM morning newsletter. To sign up and get this in your inbox, fill out the information below.

Thanks for signing up!

Keep an eye on your inbox.

There was an error processing your subscription.

Good morning to everyone but especially to…

Since he was hired as the Dolphins’ head coach, Mike McDaniel has done nothing but commit to Tua Tagovailoa. He said he saw greatness in his young quarterback, and that it is his job as coach to “get all that greatness” out of him.

On Tuesday, Miami made another commitment to Tagovailoa, signing the top free agent in this year’s class: offensive tackle Terron Armstead. It’s a five-year deal worth up to $87.5 million and a huge upgrade for a team that desperately needed it, writes our NFL guru :

Armstead’s health has been an issue — he’s missed 48 of a possible 145 games in his career — but he is terrific when on the field. His addition continues the good work the Dolphins have done this offseason surrounding Tagovailoa with talent. Here are some of the other notable new names:

It had already been a solid offseason for the Dolphins and Tagovailoa, but yesterday’s addition of Armstead took it to a new level. The Mike McDaniel era is off to a good start.

And not such a good morning for…

This offseason began with quarterback questions all over the NFL. But just one week into the NFL’s new year, almost all of those questions have been answered:

That leaves only one team without a true plan at starter: the Panthers. It also leaves one quarterback who expected to start in 2022 now without a true home: Baker Mayfield.

So, perfect fit? Not so fast. According to reports, Carolina isn’t interested in Mayfield. It’s been a rough last few months for Mayfield, who struggled mightily on the field last season and then requested a trade last week. The Browns even initially denied the request, but have likely changed their minds now that they have acquired Watson.

So, where does Mayfield go next? Our Cody Benjamin has potential destinations as the QB carousel slows. Up top is Seattle:

This could be the best-case scenario for Mayfield, but it’s not a great scenario. Seattle is at least semi-rebuilding, and even if Mayfield does end up there, he could just be a one-year stopgap, as Cody noted. Regardless of where Mayfield ends up, it will be far from what he envisioned when he requested a trade. The 2018 first overall pick quickly fell out of favor in Cleveland, and, apparently, he’s not an appealing option elsewhere, either.

Not so honorable mentions

Ranking all of the upcoming Sweet 16 games 🏀

The men’s Sweet 16 begins Thursday night, and I’m super excited. We have plenty of powerhouses: Three of the four 1 seeds — including top overall seed Gonzaga — are still around. We also have a Cinderella in Saint Peter’s. We also have plenty of big-name programs left: Villanova, North Carolina and Duke have all won it all within the last decade, and no program has won the tournament more than UCLA.

That means there are plenty of enticing matchups coming up Thursday and Friday, but one stands head and shoulders above the rest in terms of best game in the Sweet 16, writes our college basketball expert David Cobb:

By all accounts, this should be a great one: The Red Raiders are a one-point favorite at Caesars Sportsbook.

You can check out the entire rankings, from 1-8, here.

Breakout candidates for all 30 MLB teams this season ⚾

Baseball is right around the corner, as tomorrow will mark just two weeks until Opening Day. As part of our countdown, our MLB expert R.J. Anderson has predicted breakout candidates for all 30 teams.

One team that will need a breakout or two is the Yankees, who earned a solid “B” in Anderson’s offseason grades but didn’t land the big names we’ve been accustomed to seeing them land. As for breakout candidates, the Bronx Bombers might look behind the plate.

As for every team’s top breakout candidate, you can check out the entire piece here.

Thu Mar 24 , 2022
WEST DUNDEE, Ill. — Inside his parents suburban garage, Dylan Christipherson and his three buddies have big plans following an idea that started due to the pandemic. The high school juniors, who go to Jacobs and Dundee Crown in District 300, play football, baseball and wrestling. They wanted to start […] 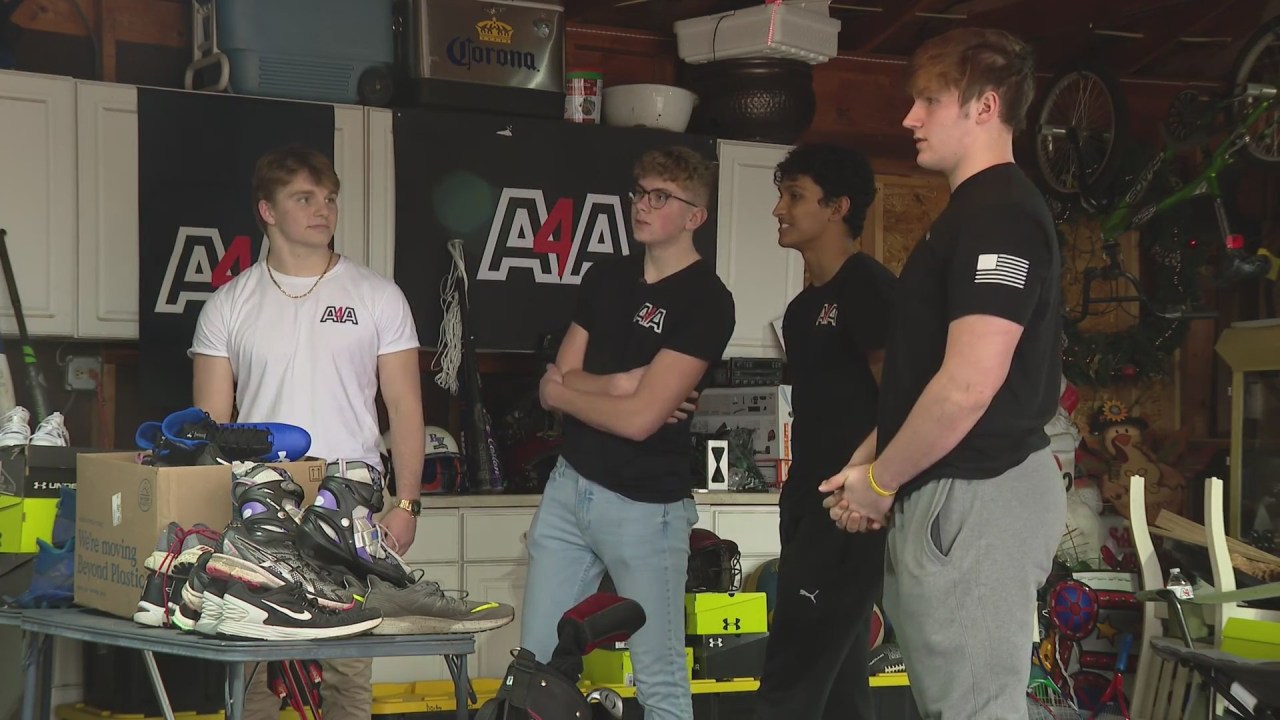