Throughout NBA history, there has never been a pick-and-roll as good as the one John Stockton and Karl Malone were able to execute for over a decade. Former members of the Utah Jazz and now hall-of-famers, Stockton’s deadeye passing and Malone’s proficient scoring led the team to back-to-back NBA Finals […]

Throughout NBA history, there has never been a pick-and-roll as good as the one John Stockton and Karl Malone were able to execute for over a decade. Former members of the Utah Jazz and now hall-of-famers, Stockton’s deadeye passing and Malone’s proficient scoring led the team to back-to-back NBA Finals appearances in the late 90s.

But after Stockton and Malone went their separate ways following those trips to the finals, another pick-and-roll duo emerged from the state of Utah that proved to be just as deadly and proficient: Jennifer Azzi and Natalie Williams of the Utah Starzz.

“We were partners in crime,” Williams said. “We were like Stockton and Malone. … Azzi to Williams.”

Teammates for three seasons (2000-2002), Azzi and Williams thoroughly dominated the competition for the Starzz, often bringing the crowd to its feet with a combination of no-look passes and sweet finishes around the hoop.

Azzi was the star guard and sharpshooter, averaging 9.3 points and 5.4 assists on 45.9{46a5dbe3b313062b60615a4be94978cac8b0a571aad1167d6aaed019402c7214} shooting from three-point territory. Her ability to slow the game down, identify mismatches and exploit them was a primary reason why Utah emerged as a perennial playoff contender throughout her tenure.

But every great point guard needs a running mate, and Williams more than filled that role alongside Azzi.

“We’re like family,” Williams said of her Azzi. “When you play on a professional team where you’re together all the time, travel together — Jen and I were roommates — so when you break up, it’s like you lost your family.”

Congratulations to these amazing women on making history! #WomensHistoryMonth pic.twitter.com/AMSi7fwnld

After making history — both as Olympic Gold medalists — and with the Starzz, Azzi and Williams are returning home to team up once again for a different type of history.

In Friday night’s game featuring the Utah Jazz and LA Clippers, Azzi and Williams will join four other prominent women from Utah in the first all-female broadcast team for game and studio coverage on AT&T SportsNet.

“It means a lot. … I always feel a sense of home here when I come back to Utah,” Azzi said. “Coming back here where there’s now a different level of respect for women means a lot. But, it’s also about time we have something like this.”

Beyond excited to cover these teams and get to do it with this Amazing group of women! Can’t wait!! https://t.co/b7qZKhywkX

“I’m a total geek, so to now have the women who accomplished more than any other women in basketball history in the state of Utah — gold medalists, former pros, legends in their game — and now they’re going to be talking about our basketball team, I think it’s really special,” Rowe said.

Blunk, one of the most talented play-by-play announcers in the entire country, has served as a commentator for various networks, including the Pac-12 Network, Westwood One, and ESPN. No stranger to calling an NBA game, Blunk handled play-by-play duties last March for NBC Sports California’s all-female broadcast with the Sacramento Kings.

Rowe is one of the most well-known female analysts in the country, covering events across many professional platforms, including the NBA, WNBA, NFL, NCAA, and World Cup soccer. However, she returned home to Utah this past fall by joining the Jazz broadcast team as an analyst.

Home is where the heart is.
Honored to join this team.
Let’s go JAZZ.@utahjazz https://t.co/0zrtJCyDOR

Another Utah native, Williams was a former two-sport all-American (volleyball, basketball) at UCLA before embarking on a professional career in the WNBA. Her former teammate currently serves as the chief business development officer for the WNBA Las Vegas Aces, the current team of what used to be the Starzz.

“I live here with my family,” Williams said. “I’ve been growing the youth game here for the last 16 years, coaching in Utah. Just to be able to share my wealth of basketball knowledge and work alongside this amazing crew is going to be a lot of fun.”

Kozlowski is another homegrown star, playing for BYU from 2001-05 before becoming a sports analyst for 16 years. She returned to her alma mater and has become one of the voices of the Cougars, currently with BYUtv, BYU Radio, and Westwood One.

For the past two years, Campbell has been a star with the Utah Jazz’s marketing and digital team, serving as the digital content reporter and producer for UtahJazz.com. While most fans know her from the video board at home games or her intricate and personal interviews with the players, she previously launched an NBA series with TheGrio and has been a major part of the entertainment and sports industry for six years.

“I think it’s huge,” Rowe said. “I think we have a lot of great women on this broadcast who have been working for a long time in our field, and this is a huge opportunity for us. For women to have an opportunity at this stage in sports is really cool.”

LIFE Update: Finishing up my first week with the ⁦@utahjazz⁩ organization as the Digital Content Reporter and Producer. Honored to continue doing what I love asking questions, creating content and telling stories! Let’s do this! #TakeNote #JazzNation pic.twitter.com/cDe6nvR3uJ

While Friday night is already remarkable in its own right due to the level of talent as part of the broadcast for the game, there are multiple other goals for the evening from the leading ladies.

For Rowe, somebody who grew up in Utah and has previously covered Azzi and Williams when they were players, she wants to showcase the incredible talent already within the state and ideally provide more opportunities for women.

“My goal for tonight is to do a really great job broadcasting the basketball game,” Rowe said. “We want to showcase to a lot of people that we have incredible women in this market talking and covering sports. … They just need more opportunities.”

While Azzi and Williams both agree with that sentiment, they are also proud to admit that society is beginning to reach a point where inclusion and equality are becoming more pronounced in the sports world. Women are no longer battling one another for a spot in professional sports, but rather, supporting and encouraging each other to be great.

“I think one of the things that I’ve seen change in the last five years or so is the level of women supporting other women,” Azzi said. “Women want to open the door for others. We used to think there’s only room for one woman right now, but that’s not the case. We’re getting respect across the board. … There’s a camaraderie amongst us now. Equality is here.”

Make no mistake though, Azzi admits there is another reason for being part of the team — and it has everything to do with reuniting within Williams on a more prominent basis.

“We’re recruiting Natalie, so we’re hoping to get her in the mix with us,” Azzi said with a laugh about having Williams join her in Las Vegas. 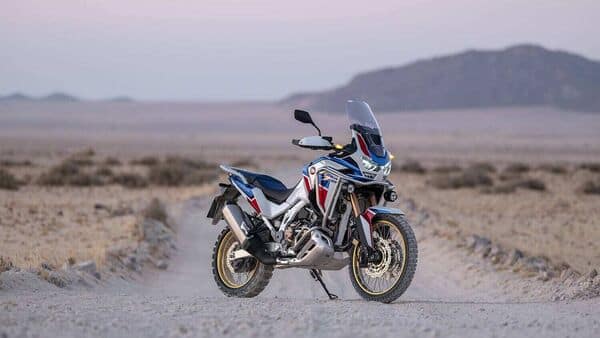