LAUSANNE, Switzerland – Russian Olympic gold medalist swimmer Evgeny Rylov has been banned from the sport for nine months for appearing at a rally in support of President Vladimir Putin and Russia’s invasion of Ukraine. Rylov stood on stage with medalists from other Olympic sports at the event last month […] 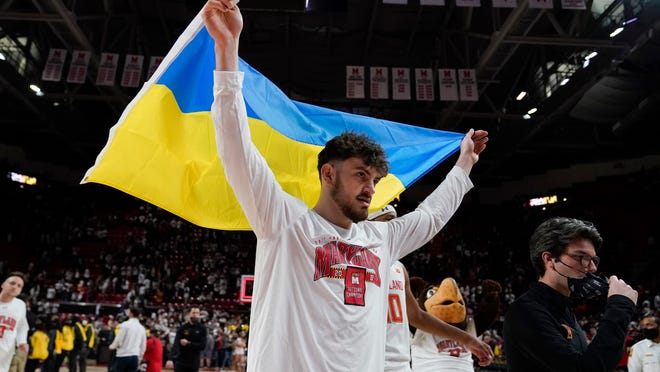 LAUSANNE, Switzerland – Russian Olympic gold medalist swimmer Evgeny Rylov has been banned from the sport for nine months for appearing at a rally in support of President Vladimir Putin and Russia’s invasion of Ukraine.

Rylov stood on stage with medalists from other Olympic sports at the event last month and wore a jacket with a “Z” on the chest. The letter isn’t part of the Russian alphabet but has become a symbol of support for Russian troops after it was used as a marker on Russian armored vehicles operating in Ukraine.

A brief statement from swimming’s world governing body, FINA, on Thursday said it “acknowledged” an earlier, as yet unpublished ruling from a disciplinary panel to ban Rylov “following Mr. Rylov’s attendance and conduct at an event held at the Luzhniki Stadium in Moscow.”

Rylov was the star of Russia’s swim team at the Olympics in Tokyo last year with two gold medals.

His ban began on Wednesday and covers any international competition. The effect on Rylov is likely to be mostly symbolic since FINA also extended its decision to exclude competitors from Russia and its ally Belarus from all international events for the remainder of 2022. He also lost a sponsorship deal with Speedo last month.

FINA previously banned Russia and Belarus from the world championships in Hungary in June but left it possible for them to enter other events. At the time, FINA said Russia planned to boycott all international events anyway, something Russia denied. That position has now been clarified.

“The bureau also confirmed its position that Russian and Belarusian athletes and officials will not be invited to any FINA event through the end of 2022,” FINA said on Thursday. FINA’s remit covers a range of aquatic sports including swimming, diving, water polo and artistic swimming.

“The IOC president made it clear that the IOC supports sanctions against anybody in the Olympic community who is in support of the war, and continues to monitor the situation,” the IOC said on Friday in a statement on a meeting Bach held with Ukrainian sports officials.

The IOC has previously urged event organizers to bar Russian and Belarusian athletes and teams from their competitions, or, Bach said last month “in special circumstances to at least prohibit any identification of their nationality.”

There has been no word of any disciplinary investigations against the other Russian athletes from sports including figure skating, gymnastics and skiing who also appeared at the March 18 rally. 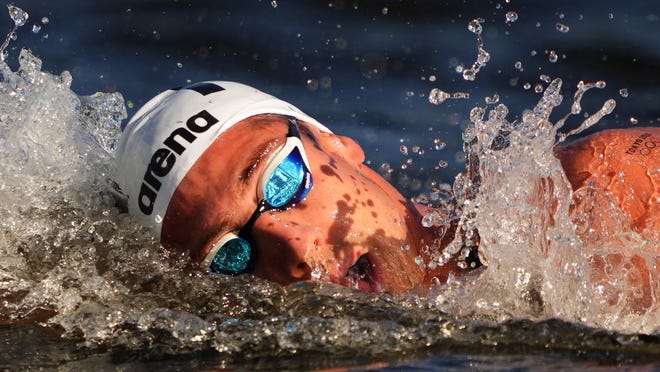 Mon Apr 25 , 2022
With Monday being the last day PGA Tour players can ask for a release to play in the first LIV Golf International Series event outside of London in June, the upstart organization run by Greg Norman has more than 70 players who have registered for the initial tournament. Included among […]