Clutching blue and yellow banners, wearing shirts calling for peace, and offering unwavering messages of support, sports stars around the globe have united in their condemnation of Russian President Vladimir Putin’s invasion of Ukraine.

On Thursday, the soccer associations of Poland, Sweden, and the Czech Republic issued a joint statement urging World Cup play-off matches not to be held in Russia. In Germany, the second-tier league Schalke announced it was removing the logo of its main sponsor, Russian state-owned energy giant Gazprom, from players’ shirts.

Even Gianni Infantino, the gaff-prone president of soccer’s world governing body, FIFA, was resolute in his condemnation of Putin’s warmongering. “FIFA condemns the use of force by Russia in Ukraine and any type of violence to resolve conflicts,” he said in a statement.

On Friday, Manchester United terminated its sponsorship deal with Russia’s national airline, Aeroflot, which the British government had already banned from U.K. airports as part of a raft of sanctions. “In light of events in Ukraine, we have withdrawn Aeroflot’s sponsorship rights,” the club said in a statement. “We share the concerns of our fans around the world and extend our sympathies to those affected.”

Players, managers, and fans of English Premier League teams have permission to protest the Russian invasion by waving Ukraine flags at their matches this weekend. Russia also faces potentially being expelled from soccer’s Women’s European Championship, which is scheduled to be played in England this summer.

Soccer organizations weren’t alone in taking a strong stand against the Ukraine invasion, which has already killed hundreds and displaced some 100,000 civilians, according to the U.N. Refugee Agency.

Andrey Rublev, the Russian tennis player who won a doubles title with Ukrainian Denys Molchanov last weekend, called for peace via Instagram. “In these moments you realize that my match is not important,” Rublev told reporters. “What’s happening is much more terrible.”

Although no tour events are set to take place in Russia until autumn, an International Tennis Federation spokeswoman told news outlets that the organization was “closely monitoring how this situation evolves” with regards to several lower-level events.

World Athletics, the global governing body for track and field, said it is “appalled” by the crisis in Ukraine, and president Sebastian Coe offered the Ukrainian Athletics Federation “whatever practical support we can give.”

Australia’s divers and skiers have pulled out of competitions in Russia, drawing praise from Prime Minister Scott Morrison, who called on all athletes to follow suit. “I commend those Australians that are saying they won’t participate in anything that is occurring in Russia this year,” he said. “This is how you impose a cost on Russia that is invading its neighbor.”

The 2022 Russian Grand Prix, a motor racing event that had been scheduled to take place in Sochi in September, has been cancelled. Formula One announced it was “impossible” to hold the race “in the current circumstances.”

Already, some of racing’s biggest names—including current world champion Max Verstappen and four-time champion Sebastian Vettel—had refused to race in Russia in solidarity with Ukraine’s plight. “When a country is at war, it is not correct to race there,” Verstappen told media amid pre-race testing in Barcelona. 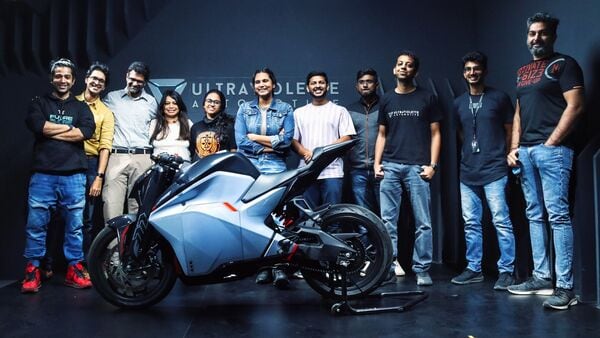