Inaki Williams passed an incredible appearance milestone for Athletic Club this past weekend after being named in the starting XI for Sunday’s LaLiga game against Celta Vigo. 2 Related With his place on the teamsheet confirmed for the fixture, the winger officially passed the six-year mark since he last missed […]

Inaki Williams passed an incredible appearance milestone for Athletic Club this past weekend after being named in the starting XI for Sunday’s LaLiga game against Celta Vigo.

With his place on the teamsheet confirmed for the fixture, the winger officially passed the six-year mark since he last missed a league match for Los Leones, and he extended his own Spanish top-flight record of consecutive games to 224.

That’s a full 2,191 days without skipping a single LaLiga game through injury, suspension or non-selection — a phenomenal achievement for any player, but especially for an attacker.

Unfortunately he was unable to crown his momentous appearance with a victory to fit as his team fell to a 2-0 home defeat to Celta at San Mames which included a ridiculous long-range strike from Fran Beltran (stream the replay on ESPN+ in the U.S.).

Inaki Williams has now played in every LaLiga game for the past SIX YEARS! 🤯

He needs to be studied 💪 pic.twitter.com/angKqgLCL7

Williams has been the proud owner of the record for consecutive appearances made in LaLiga since he registered No. 203 in October, having started his Herculean run on April 20, 2016 with a 1-0 defeat against Atletico Madrid.

His achievement is made all the more noteworthy by the fact that he’s still only 27 years old, meaning he hasn’t missed a single league game for Bilbao since he turned 21 during his first full season as part of the first-team squad at the Basque club.

To put that in perspective, at that point in time Kylian Mbappe had just one senior career goal to his name, a 15-year-old Erling Haaland was still awaiting his first-team debut at hometown club Bryne and VAR was just a twinkle in the eye of the International Football Association Board.

In starting the 1-0 win over Alaves on Oct. 1 last year, Williams officially surpassed the previous LaLiga record for consecutive appearances (202 games) which had been held by former Real Sociedad defender Juan Larranaga since 1992.

The Bilbao star is in an exclusive club of successive-appearance record-holders in Europe’s top leagues, though the winger is largely rubbing shoulders with goalkeepers who played into their late 30s and beyond.

For instance, the Premier League record is held by former United States international Brad Friedel who went 310 straight games without missing a single league fixture, smashing the previous record (166 games) along the way before bringing his epic run to an end at the age of 41 by starting for Tottenham Hotspur against Manchester United in September 2012.

Likewise, the Bundesliga record is held by a goalkeeper, namely Sepp Maier. The Bayern Munich legend played 442 league games on the bounce between the 1966-67 and 1978-79 seasons, and he played in every single game in all 13 of those campaigns.

The Serie A record for consecutive appearances is held by the great Dino Zoff, who tended the nets for Juventus 332 times between 1972 and 1983.

Tue Apr 19 , 2022
Strauss Mann, the primary U.S. men’s hockey team goalie at the Beijing Olympics, signed a one-year contract with the San Jose Sharks. Mann, 23, started the two biggest games of the Olympics for the U.S., a 4-2 win over Canada in group play and a 3-2 shootout loss to Slovakia […] 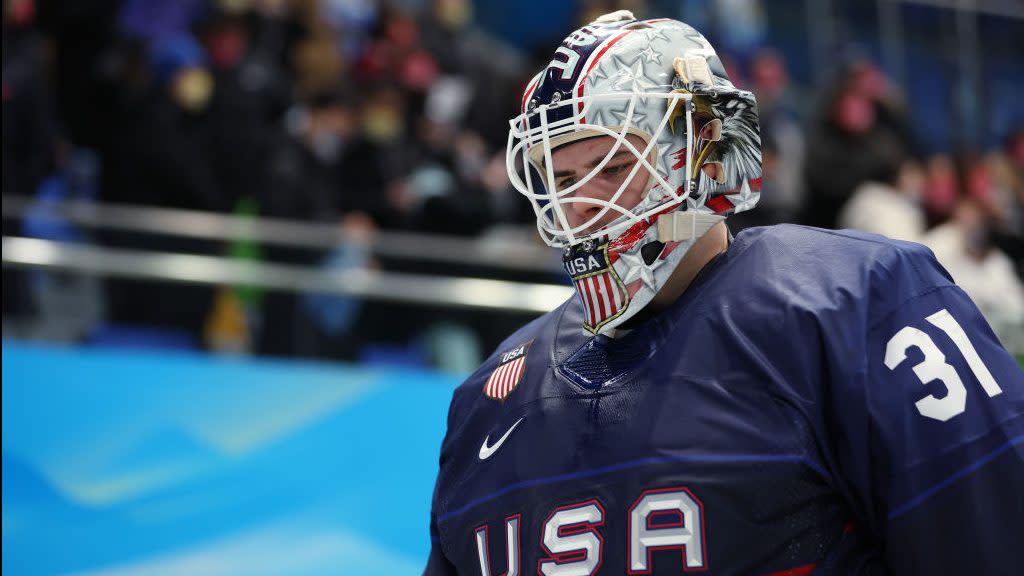