Wiseman’s health looks like smallest concern before NBA return originally appeared on NBC Sports Bayarea SAN FRANCISCO — Let’s start with the good news. James Wiseman looks healthy. If you watched him run up and down the floor Sunday at Chase Center in the Santa Cruz Warriors’ overtime win against […]

James Wiseman looks healthy. If you watched him run up and down the floor Sunday at Chase Center in the Santa Cruz Warriors’ overtime win against the G League Ignite, it would be easy to forget he injured his right meniscus last April and needed a clean-up procedure in December. Wiseman played 21 minutes Thursday night in Stockton, his first game action in exactly 11 months, and played 20 more minutes three days later in San Francisco.

He said after the game that physically he feels fine, with the final stages of his rehab being more of a mental hurlde than anything else.

“My knee is fine,” Wiseman said. “It’s really just the conditioning part and seeing the pictures and all that stuff that comes with the game. Really, it’s just the mental side of it.”

Nerves again got the best of the 20-year-old big man. He started off slow and quickly committed a basket interference, offensive foul and saw a fadeaway jumper roll across the top of the backboard. He said he felt more comfortable in the second half, though his first-half stats did stand out on the box score.

In his first 11-plus minutes, Wiseman scored 10 points and grabbed 12 rebounds. The most rebounds he finished a game with over his 39 contests in his rookie year was 11. He topped that in the first half alone.

Wiseman wound up scoring 19 points to go along with 14 rebounds. He was active on the offensive and defensive glass, ending with nine defensive rebounds and five on offense. Wiseman also blocked two shots and played more sound defense coming out of halftime.

That was his focus. Not scoring the ball, but playing good defense and getting rebounds for his Santa Cruz teammates.

“The scoring, I wasn’t really focused on that this game,” Wiseman. “Really, just rebounding and defense is what I’m focused on because it’s gonna help the team when I come back. So that’s what I was focused on this game.”

Yes, that’s music you hear soothing the ears of Steve Kerr and the Warriors’ coaching staff.

It also is exactly how Santa Cruz coach Seth Cooper believes Wiseman can best help Golden State in the immediate future. Rebounding and defense will be his calling card for now. What stood out to Cooper was a specific part of the game that also highlighted Wiseman’s maturity and growth as a player.

“First and foremost, defense,” Cooper said when asked where Wiseman can make an impact on the Warriors right away. “If he can protect the rim with the verticality and the rebounding, that pretty much translates right away and that’s something he can hang his hat on going into an NBA game and make an impact.

“Towards the end of the first half, he got the ball in the post, pushed out and there wasn’t a lot of driving room. He went into an uphill DHO (dribble handoff) and had great patience waiting for Kalob Ledoux, who came all the way over from the other wing. Kalob came off one dribble and hit him on a pocket pass and he got a dunk. To me, from last year, that was a tremendous amount of patience and growth there to wait for that and as you envision Steph [Curry] and Klay [Thompson] and the pressure they put on teams, and then his ability to finish above the rim would be the other thing. His ability to catch that ball five feet from the rim with two hands and dunk the ball easily is something that I think right away he can have some success with.

“To see the maturity in that and the growth with that I thought was really, really good.”

Wiseman can do things physically at 7-foot tall, and who knows how much he weighs now, that others simply can’t. The Warriors haven’t had an athlete like this. They also don’t necessarily use their center in a traditional way like that.

Right away, Wiseman will be a lob threat and give the Warriors a size dimension that they don’t have right now. He isn’t Kevon Looney, he isn’t Andrew Bogut and he isn’t even the passer that DeMarcus Cousins is. Wiseman said that when he couldn’t work on many physical parts of his game, he focused on his passing.

That part of his game also is pretty non-existent at the moment. On Saturday night, he also reverted back to his rookie mistakes at times with early fouls, dropped passes and led both teams with five turnovers. Nobody else had more than three.

Wiseman still hasn’t had a training camp or Summer League. He might as well have skipped college altogether after playing only three games at Memphis. His basketball IQ still is a work in progress and will be a long road ahead in that category. That won’t always sit well with Kerr.

What Wiseman can bring in the very near future is first just a big body. He’s the Warriors’ only player listed at 6-foot-10 or above, has hit the weight room in his upper body and that will be needed for spurts as the regular season comes to a close and into the playoffs. He’s focused on the right things and seems to be growing like a sprouting plant with every sip of water.

Simplicity will be the name of his game this season when he’s back in the NBA. Everything else will come in the offseason and into next season when he enters Year 3 essentially as a seasoned rookie. It might not sound like much, it might not always be much — but it’s the name of the game and will be his game for this title run.

After a rehab process that Wiseman called “mental torture” at times, he’s healthy and the light at the end of the tunnel should shine bright with an NBA return later in this upcoming week.

Take that as a win, with your questions and concerns sealed up for now.

Inside the High-Stakes, Zero-Sum Game of Youth Club Sports

Mon Mar 14 , 2022
Longform Traveling club teams have transformed what it means to be a student athlete. Are the 6 a.m. practices, out-of-state games, sky-high bills, and toll on kids’ bodies and souls (and families’ sanity) still worth the improbable chance that sports will get your kid into college? Get a compelling long […] 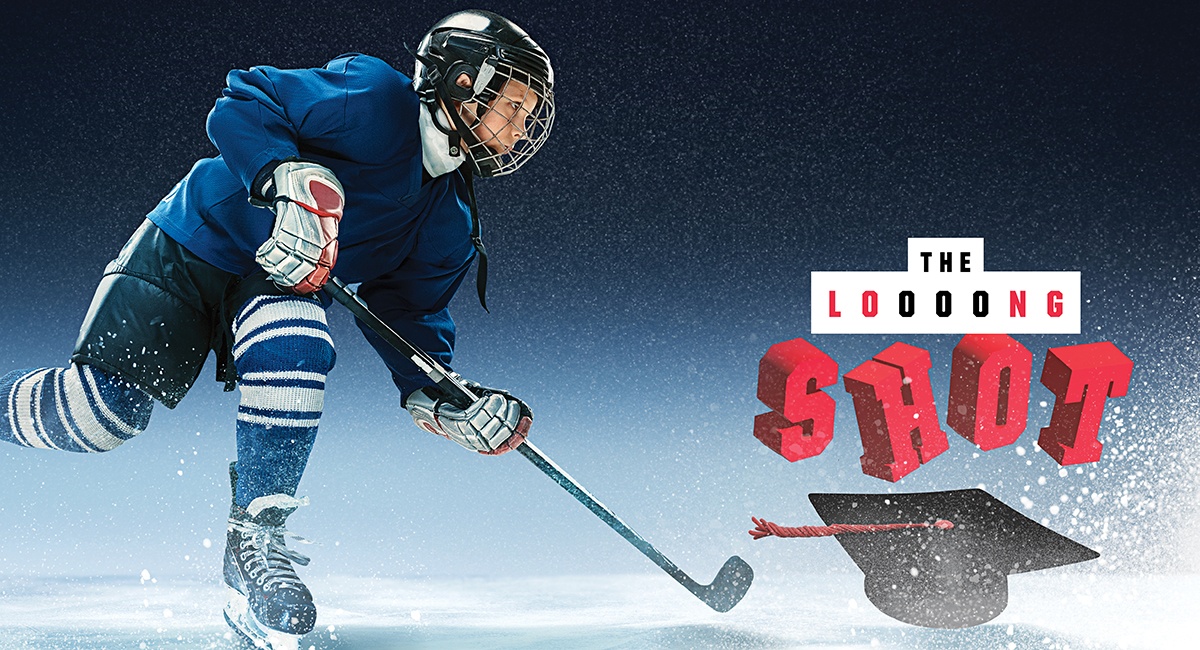