Katie Ledecky will be plenty busy at the world championships that start next week, just not at the record level of mileage we saw in Tokyo. She’s slated to swim a total of 5,600 meters, a drop down from her 6,200 at the Olympics last year, an unprecedented total for the […]

Katie Ledecky will be plenty busy at the world championships that start next week, just not at the record level of mileage we saw in Tokyo. She’s slated to swim a total of 5,600 meters, a drop down from her 6,200 at the Olympics last year, an unprecedented total for the Games.

Yet three days after trials ended, the USA Swimming roster was changed. Ledecky was dropped from the 200m free. Turns out, she made that decision last fall.

In one of her first conversations with new coach Anthony Nesty, Ledecky said she wanted to zero in a little bit more on distance events going forward. That combined with the world championships schedule, having the 200m free semifinals and 1500m free final in the same session as in past years, led to the ultimate call.

“I wanted to not have a double this year and see what I could do with a mile and just kind of lighten my load a little bit,” she said last week before flying to a pre-worlds team training camp in Croatia.

Ledecky still swam the 200m free at trials because she wants to be part of the 4x200m free relay. She swam the relay at every major international meet dating to 2013 and is expected to do so again in Budapest. The last time she didn’t swim the individual 200m free at a major meet was the 2013 Worlds (not counting 2019 Worlds, when she withdrew while ill).

Whether Ledecky re-adds the 200m free in future years is TBD.

“We’ll kind of see how things go this summer,” said Ledecky, who at 25 is now older than any woman to win a world championships distance freestyle race (400m, 800m and 1500m). “I continue to feel confident in my 200m free, and I’ll definitely be targeting it for the relay. But yeah, we’ll see individually what makes sense moving forward. It definitely would be more on the table if the schedule does open up a little bit more and creates a little more rest in there.”

The Olympic schedule will go from eight days of swimming to nine for the 2024 Paris Games, creating the possibility for the 200m and 1500m frees to be on separate days, like they already were for the men. The detailed daily event schedule hasn’t been published yet.

Ledecky is undefeated in the 800m and 1500m frees for more than a decade.

In the 200m free, she won gold at the 2015 Worlds and 2016 Olympics, then took silver and bronze medals at major international meets in 2017 and 2018 and dropped out of the event at the 2019 Worlds due to illness before placing fifth in Tokyo.

Had Ledecky entered the 200m free at these worlds, she could have bid to tie Michael Phelps‘ record 15 career individual world titles. Ledecky, currently at 11, can now get within one of Phelps in Budapest, then chase 15 with more world championships meets in July 2023 and January 2024.

“I definitely have always been somebody that’s valued quality of swims over quantity and medals,” she said. “And I’ve never set goals for a certain number of medals or certain records like that.”

Ledecky’s shortest individual event at worlds is now the 400m free. She took silver in that event at the last worlds and Olympics, both times behind Australian Ariarne Titmus. Titmus decided months ago that she will not race at this year’s worlds while focusing on the Commonwealth Games later this summer.

“I don’t have too strong of an opinion one way or the other,” Ledecky said of Titmus’ decision. “Of course, I always want to race the best. But she’s made a decision that she feels is best for her moving forward.”

At the Australian Championships last month, Titmus broke Ledecky’s world record in the 400m free, which Ledecky had set at the 2016 Olympics. Titmus became the first swimmer other than Ledecky to break a Ledecky world record. Ledecky learned of it that Sunday morning while checking social media or the Meet Mobile app that compiles competition results.

“I expected it, to be honest,” Ledecky said. “I had seen how she was swimming that whole week at her trials. She was right on her times, and I knew it was a real possibility. So I wasn’t surprised.

“It’s great for the sport, great to have somebody like that to race at these meets. And I know that there are other swimmers as well in that event that are coming up that are going to be very competitive over the next couple of years. So definitely keeps me on my toes. And I think we’ll continue to have some great races.”

It doesn’t look like Ledecky and Titmus will race each other in 2022. Ledecky’s plan is to compete at worlds and then the U.S. Championships in late July.

It all adds up to a unique world championships experience for Ledecky. These worlds were originally scheduled for 2021 in Fukuoka, Japan, then in 2020 were postponed to May 2022 after the Olympics were moved to 2021. This past winter, Fukuoka postponed its worlds again until 2023 due to the pandemic. For a week in February, there were no worlds scheduled for 2022. Then Budapest stepped in.

“I feel just as confident,” as for past major meets, Ledecky said. “I feel very good about the training that I put in. I don’t feel like this snuck up on me or that it was a shorter year or anything like that.” 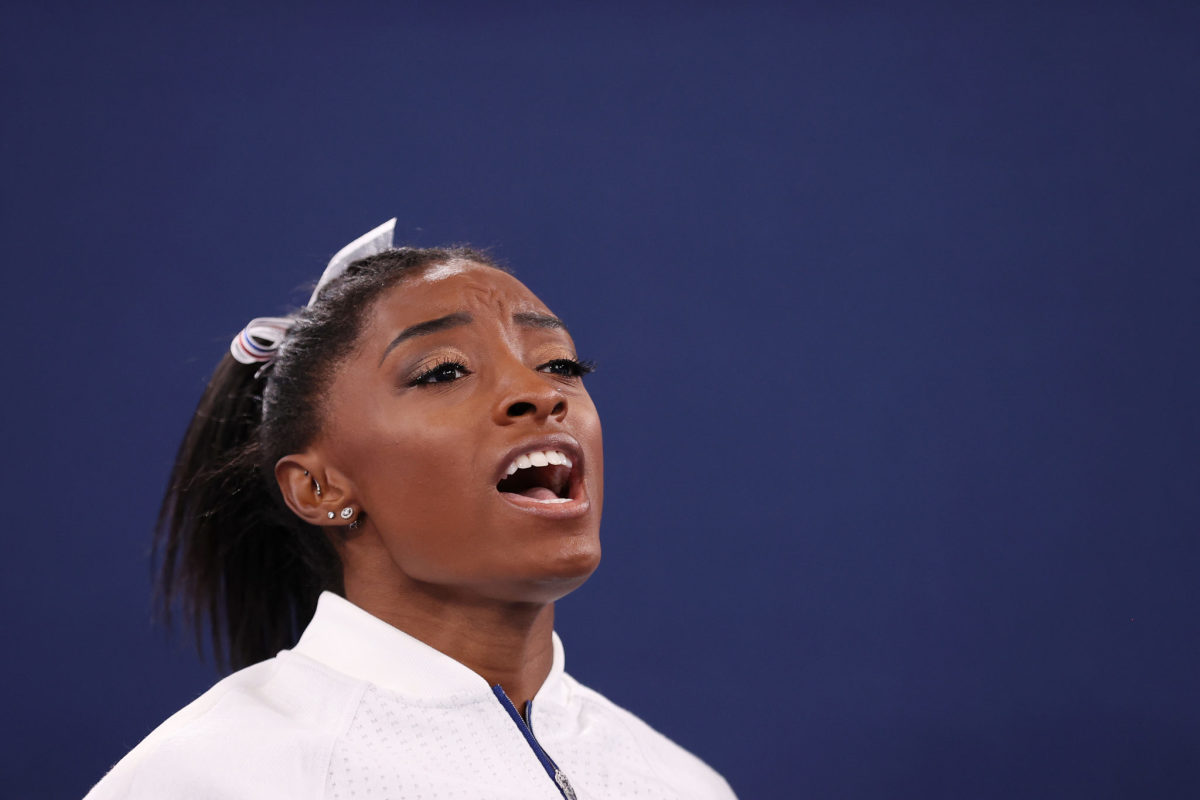