(July 19, 2022 / JNS) When Max Levitt was a student at Syracuse University, he had a unique window into the world of sports equipment. As equipment manager for the school’s football team, he regularly witnessed perfectly good cleats, footballs and other gear being thrown into the dumpster. “My first […]

(July 19, 2022 / JNS) When Max Levitt was a student at Syracuse University, he had a unique window into the world of sports equipment. As equipment manager for the school’s football team, he regularly witnessed perfectly good cleats, footballs and other gear being thrown into the dumpster.

“My first job was to prep the locker room and go through the inventory,” he said. “I had to throw away 300 useable footballs.”

Levitt recalled being heartbroken at the sight of usable equipment being thrown away, saying “it really bothered me. It stuck in my head.”

He learned that university sports departments negotiate contracts with partner companies that include receiving the newest gear each year. And so, he had an idea—collecting and redistributing sports equipment to those who don’t have the proper equipment.

There is a particular need for sports equipment, as the gap in accessing sports programs and equipment for people without financial resources has widened in recent years. This wasn’t the case when Levitt, 33, was growing up in the 1980s. “Back then, everyone participated in youth sports through the public recreation department. We had coaches and equipment, and sampled various sports. 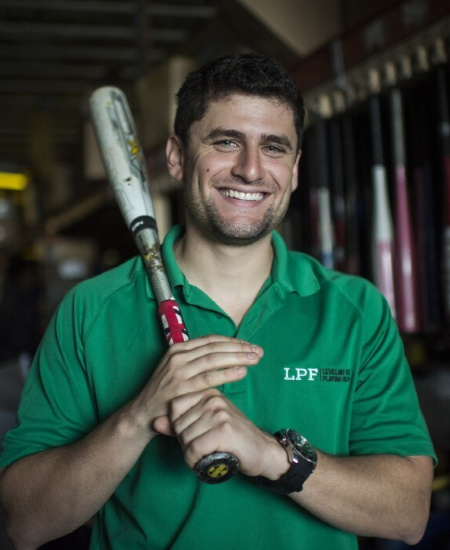 “But over the last few decades,” he explained, “we have seen the privatization of sports and a ‘pay to play’ model. Some people pay as much as $30,000 or $40,000 a year for off-season training, pitching coaches and more.”

This has impacted public sports programs, said Levitt. “Public recreation is now more about facility management. For low-income families, there is no place to go for youth sports. As a result, participation rates for sports have gone down in low-income communities.”

Levitt said he was always a big sports fan and participant growing up. “I spent every second of my free time playing sports, organized or not organized—at the JCC [Jewish Community Center] and at my eight years at Camp Modin in Maine.

Howard Salzberg, director of Camp Modin, remembers Levitt as a camper many years ago: “I remember him as a mature, kind kid who was athletic and loved to do all the activities, particularly sports.” 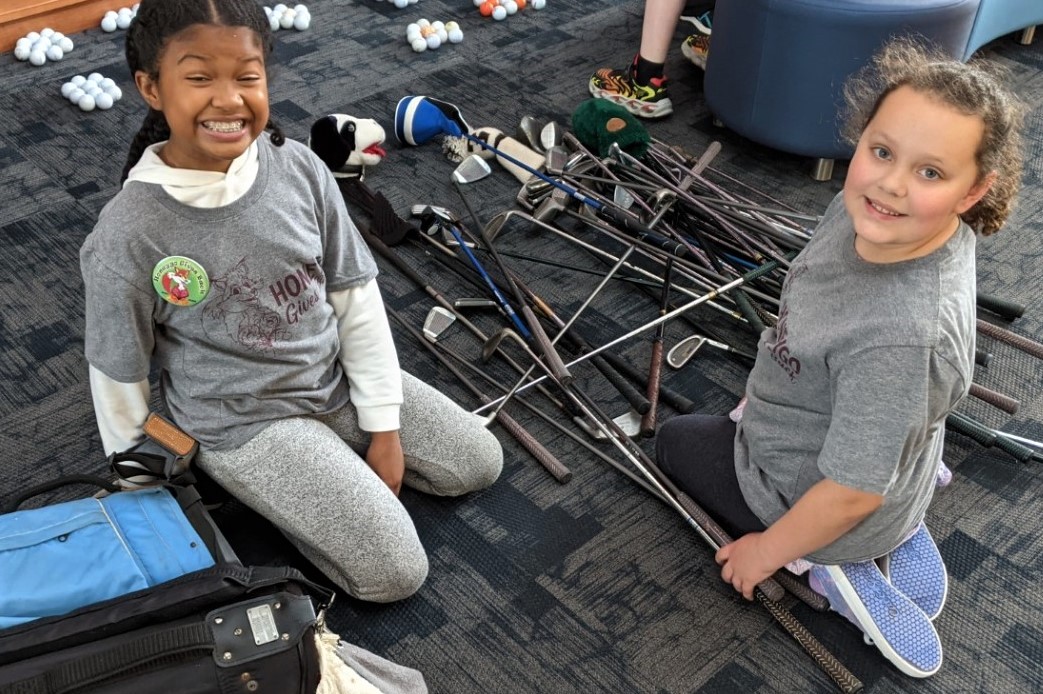 The program has expanded to Baltimore and Philadelphia with collection boxes in various locations, including sports fields, and bar and bat mitzvahs venues. Credit: Courtesy.

‘It is a simple model’

Levitt emphasized that playing sports has benefits beyond the physical. “Sports shaped me as a person,” he said. It also provided structure, and helped him and his friends stay out of trouble in those hours when school was out and parents were still at work, he added. “As a kid with lots of energy and not always the best behaved, sports served as an important outlet.”

He considered himself and his friends to be fortunate; they grew up in relative affluence with good role models. He also grew up in a home where Jewish values were emphasized. “Tikkun olam [‘social justice’] was woven in. We always had donation bags in our house growing up—for clothes, books and furniture—but nothing for sports equipment.”

As he began learning of the lack of equipment of low participation rates in sports for children of lower-income families—and as he looked around his own home and the home of friends, and realized how much unused sports equipment was sitting in closets, garages and attics—a light bulb went off. “We have food banks where people can get the food they need. It is a simple model. But there is nothing like this for sports,” he observed.

And so, in 2013, Levitt started “Leveling the Playing Field” in Washington, D.C. The program has expanded to Baltimore and Philadelphia with collection boxes in various locations, including sports fields, and bar and bat mitzvahs venues. Since then, he has regularly heard from people and organizations looking to bring the program to their cities. The program is funded through support from private donors, foundations and corporations. 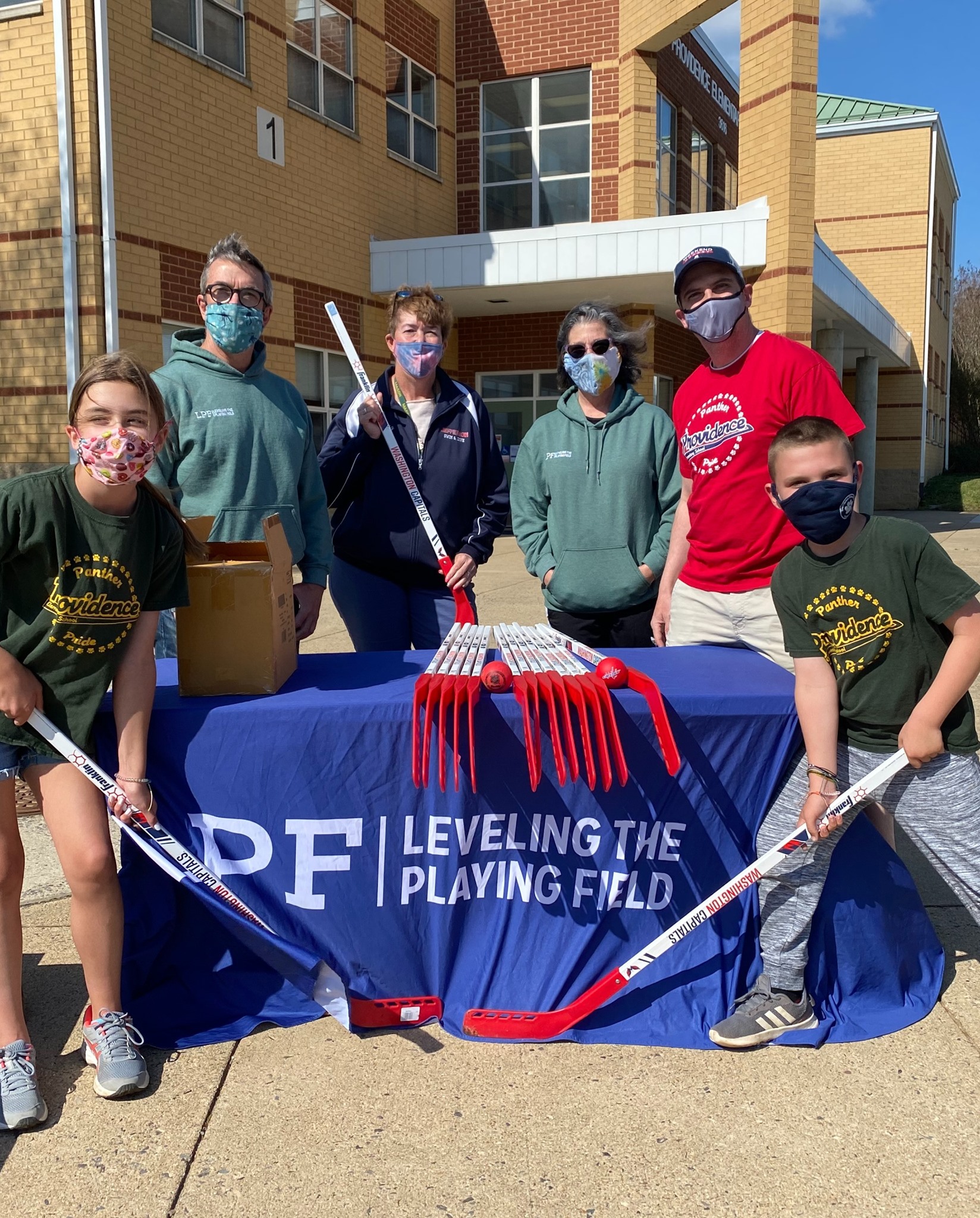 Kids have the opportunity to donate equipment and volunteer for the organization. Credit: Courtesy.

“We focus on the equipment barrier,” he stressed.

In fact, “Leveling the Playing Field” may be in a unique position to address certain societal issues that have become more apparent during these past two years of the coronavirus pandemic. “Coming out of the pandemic, we have seen the significant impact on mental health, behavior and social/emotional learning. They were always there, but these problems have been exacerbated, especially in lower socio-economic communities,” explained Levitt. “Private sports programs have quickly returned, but not for people in these communities.”

Levitt said his organization is in a position to help children who were “set back during the pandemic.” Reflecting on his own experience growing up, he noted: “We have to get these young kids playing sports; they have the energy. The more free and unstructured time they have … that is no good.”

“I like to say that we are a food bank for sports equipment,” he said, noting that they don’t provide gear for individuals, but rather to entire programs, which receive equipment for free. “We have shelves full of gear in our warehouses.”

The program also benefits kids from more affluent homes, who have the opportunity to donate equipment and volunteer for the organization. He said parents have told him their children benefit from both giving and receiving. 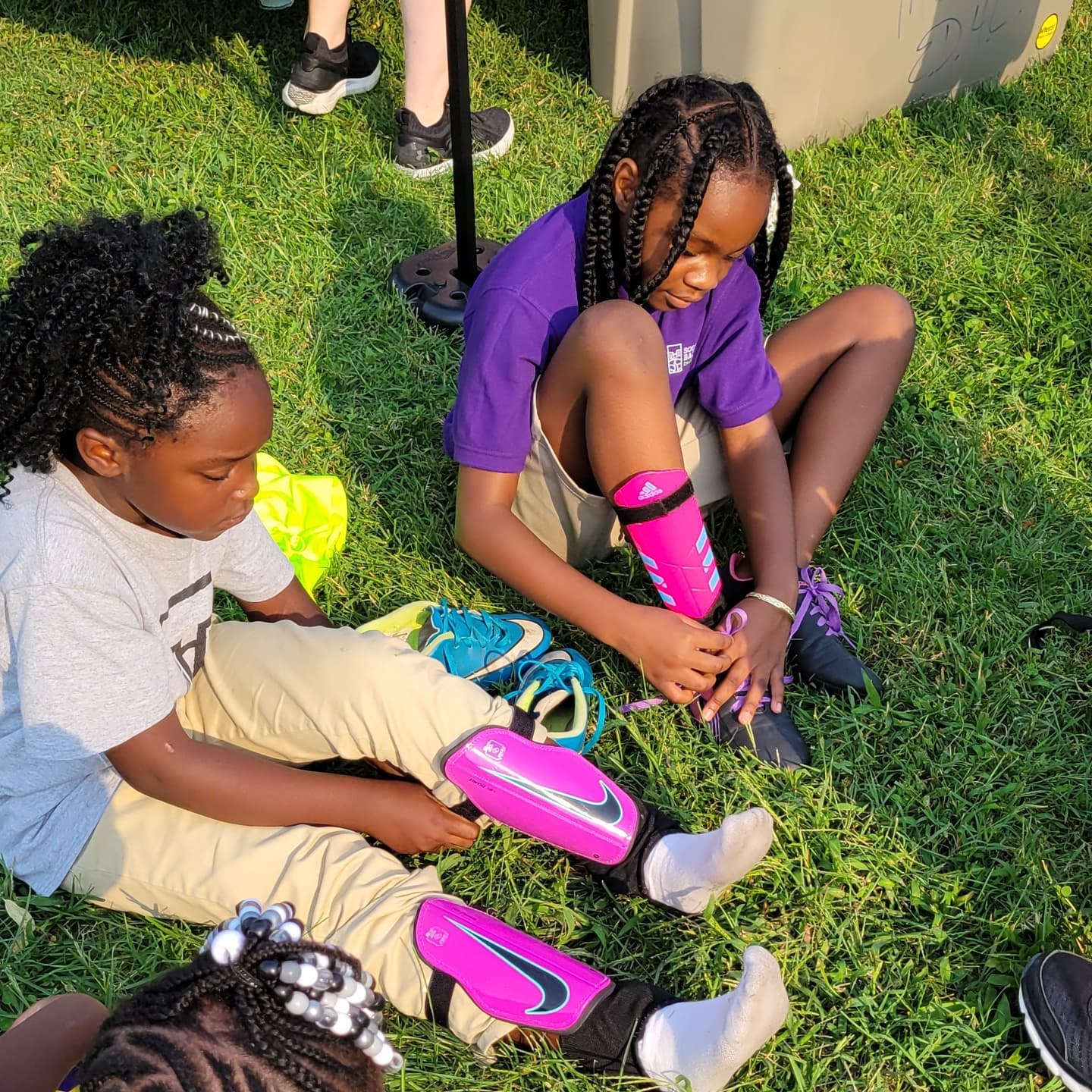 The program is funded through support from private donors, foundations and corporations. Credit: Courtesy.

‘I collected so many pieces of equipment’

Thirteen-year-old Jeremy Dwoskin of Frederick, Md., who celebrated his bar mitzvah in March, knows the benefits firsthand. He said he chose the program for his bar mitzvah project because he wanted to help others get the chance to play sports, just as he has always been able to.

“That’s because sports are my passion; I can’t imagine my life without sports,” he said. “My goal is for everyone to get the opportunity to have fun while playing sports, even if their families can’t afford it.”

He reported that his experience with the program “was great.”

“After we began advertising on social media, it only took a day for people to start donating equipment. Although many people donated to the cause, I soon realized that it really only takes one person to make a huge difference. I collected so many pieces of equipment for just about every sport, as well as a check donation.”

“I am so glad I am able to help make a difference,” said Dwoskin. “I hope all of these donations help others get on the field, court, rink, court, etc., and help others get the chance they deserve.” 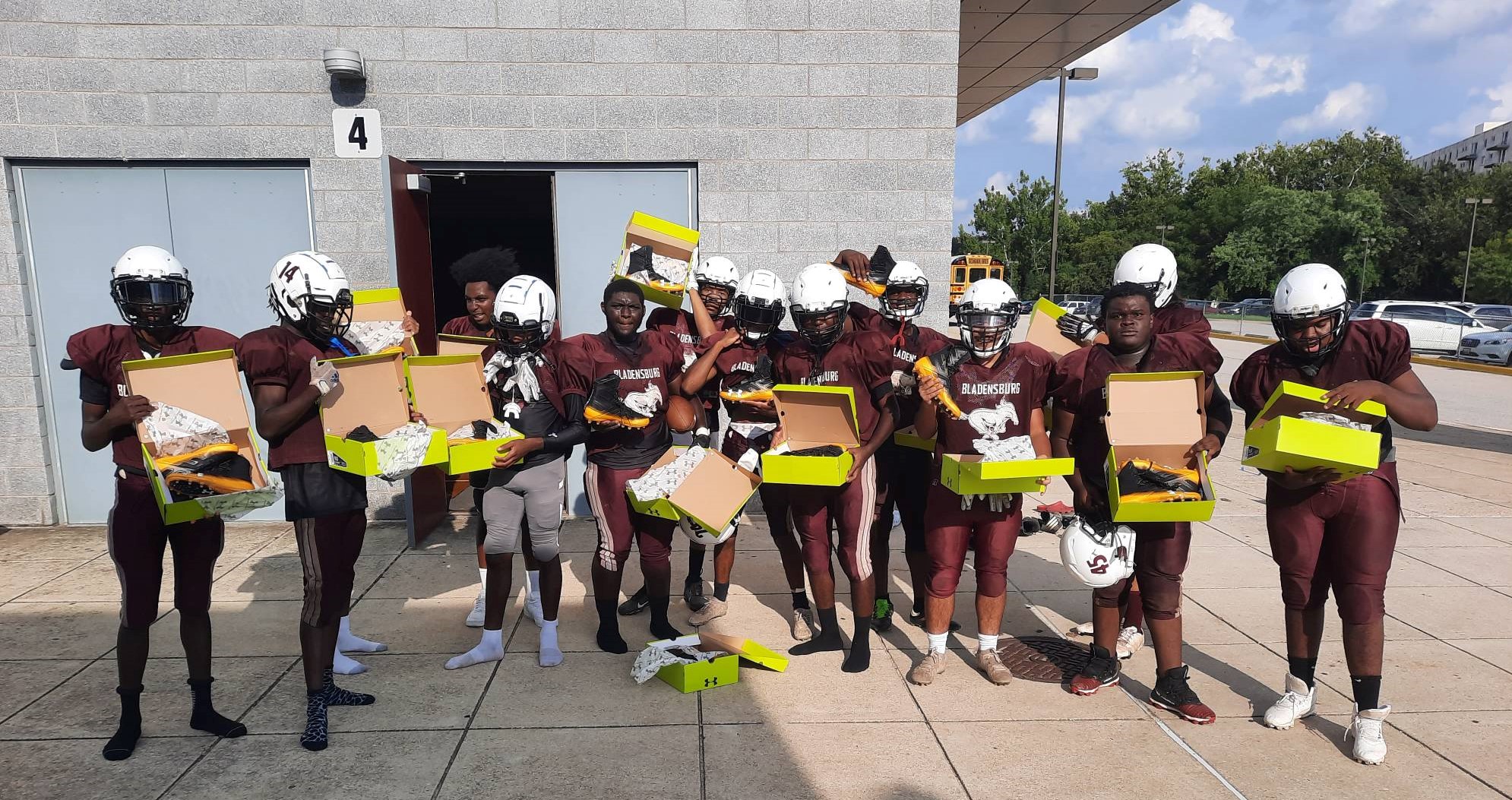 “I like to say that we are a food bank for sports equipment,” says program founder Max Levitt, noting that they don’t provide gear for individuals but to entire programs, which receive equipment for free. Credit: Courtesy.

Why boxing, thanks in part to the COVID-19 pandemic, is primed to cap off another incredible year

Thu Jul 21 , 2022
If the midway point of the boxing calendar in 2022 has taught us anything, it’s that the overall health of the sport appears strong for the second straight year as a seemingly equal number of exciting fights have played out just as new must-see matchups continue to be rumored or […] 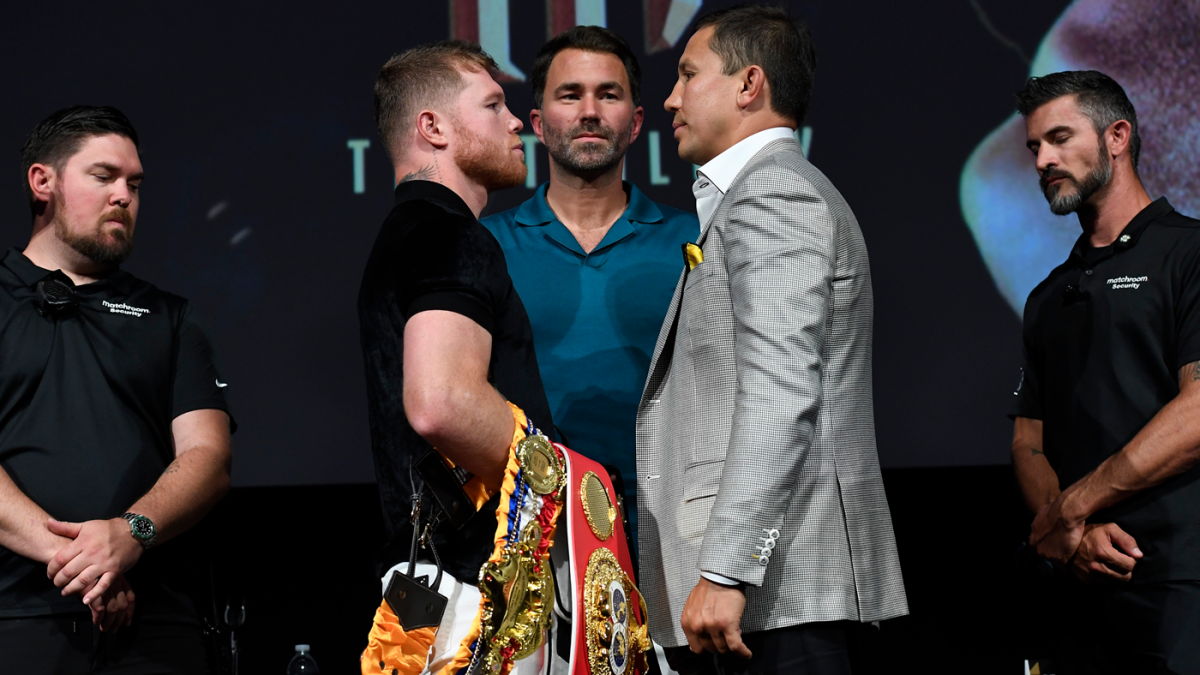