Fresh off of his first week of work on the field as the Colts starting quarterback in Indianapolis, Matt Ryan was in another one of his elements on Saturday. Ryan was back in Atlanta at the Gateway Center Arena, handing out thousands of pieces of sporting equipment to kids from […]

Fresh off of his first week of work on the field as the Colts starting quarterback in Indianapolis, Matt Ryan was in another one of his elements on Saturday.

Ryan was back in Atlanta at the Gateway Center Arena, handing out thousands of pieces of sporting equipment to kids from Atlanta non-profits from the Sports Matter Giving Truck, working in conjunction with The Dick’s Sporting Goods Foundation.

The Falcons legend has long been involved in a wide range of ways to give back to his community in Atlanta: working with Atlanta’s Promise Youth Center, the Make-A-Wish Foundation, making trips to Atlanta children’s hospitals, teaming with the Believe and Achieve Foundation to help meet children’s needs and in 2020, donating $500,000 to establish ATL: Advance the Lives in order to team with other Atlanta athletes and create opportunities for Black youth.

Colts:How Matt Ryan’s style and input could inform what the Colts do at wide receiver

When he gets out in the community, Ryan likes to be present as much as possible, even though it’s been difficult over the past two years due to the COVID-19 pandemic.

“I always think it’s great to meet with them, have them ask questions or interact with them a little bit and just get a feel for who they are,” Ryan said. “Sometimes you have this mindset of what you think is important, but hearing from them and the things that they’re going through, the issues that come up, it’s always good to be face to face.”

Ryan has been at work in the Colts facility for only a week — NFL rules prohibit a player doing anything earlier than that in the offseason — but he’s already on the lookout for ways to start making a difference in the community of Indianapolis.

As much as Ryan’s become synonymous with the city of Atlanta on and off the field, he’d like to start building the same relationship with the city of Indianapolis for however long he’ll be in a Colts uniform.

“I think it’s been good, in terms of having conversations with people within the organization, figuring out spaces that could use help, and also things that I’m interested in,” Ryan said. “After-school programs and hospitals, children’s hospitals, those have been factors that I’ve always enjoyed visiting, always enjoyed trying to put my efforts in helping make an impact there, and luckily in Indianapolis, there’s tons of that.”

Even the work Ryan hasn’t been able to start yet, such as meeting with the Colts working for social justice and racial equality, has him intrigued, particularly after the commitment he made in 2020.

“I’d love to be a part and hear the things that they’re doing and offer any insight that I can to what they have going on,” Ryan said. “From what I’ve heard from everybody, from guys in the locker room, they all do a great job with that, so I’m excited to help in any way that I can.”

On Saturday, though, he was back in Atlanta, working with kids in a way that matters deeply to him.

Sports have obviously meant a ton to Ryan.

Watching thousands of kids playing sports, the noise all around him, talking to kids who face a wide range of challenges, Ryan felt right at home.

“It was fun to kind of surprise some of the kids down here, but also take pictures and get to meet them and see them run around a little bit, get to see the positive impact that sports can have on kids’ lives,” Ryan said.

Colts starting quarterbacks have a long history of helping in the community, from Peyton Manning to Andrew Luck and even Carson Wentz in his single season as the quarterback in Indianapolis last year.

“The way my parents raised me was help out whenever you can, where you can, and try to make the community that you’re living in a better place,” Ryan said. “From a time standpoint, I’ve always understood that first and foremost is my professional life and my personal life, but within that structure, there are chances for us to get away from it, chances for us to meet different people, whether it’s youth or different people throughout the city, and try to make it a better place.”

Ryan has been making Atlanta a better place for a long time.

He can’t wait to get started on Indianapolis.

Sun Apr 24 , 2022
The mayors of Jersey City and Hoboken are working on a plan to connect the city in a way the Hudson County neighbors have never been connected before: protected bike lanes. Responding to a Bike Hoboken tweet, Hoboken Mayor Ravi Bhalla Thursday confirmed that preliminary work is underway and Jersey […] 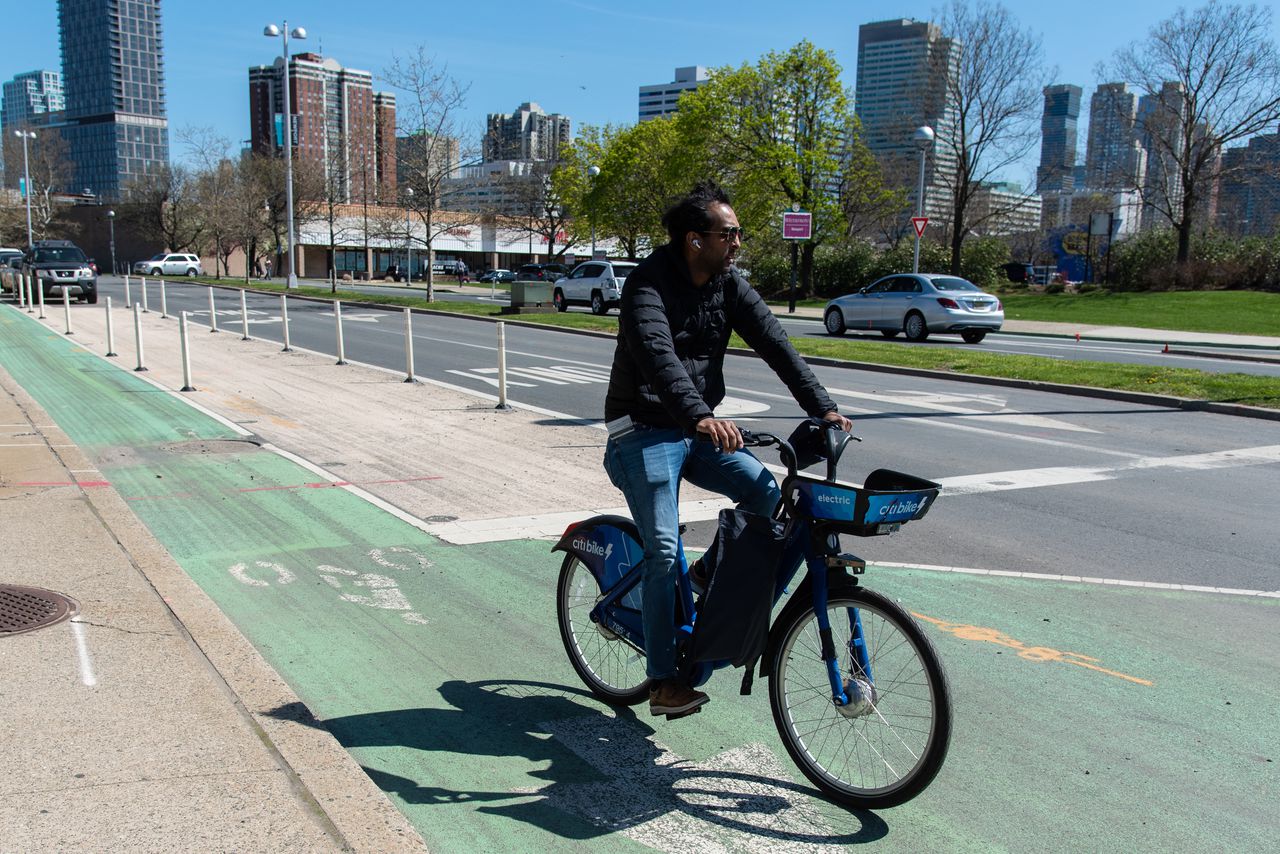