Alpine skier Mikaela Shiffrin does not know what happened in Beijing. She can and did put on a brave face to deliver what she called a “generic” answer, but, she said, she truly doesn’t know. Shiffrin penned a piece in “The Players’ Tribune” published on Thursday largely about her late […]

Alpine skier Mikaela Shiffrin does not know what happened in Beijing. She can and did put on a brave face to deliver what she called a “generic” answer, but, she said, she truly doesn’t know.

Shiffrin penned a piece in “The Players’ Tribune” published on Thursday largely about her late father, but also about coming up short at the Beijing Olympics two months ago. It provides a parallel message to what she delivered in the finale of the Outside+ series “Passion & Purpose” that followed her life on and off the hill before and after the Games. The fifth and final episodes capture events and interviews at Beijing and in France for the World Cup.

Both focus on grief; the sudden and heart-wrenching loss of her father, Jeff, in February 2020 at the age of 65, and the impact that has had on every aspect of her life.

“It’s like you have an injury in your soul,” she wrote in The Players’ Tribune. “There is no timetable. There is no rehabilitation. Some days you wake up and think, ‘What’s the point?'”

The highly decorated alpine skier shockingly crashed out of three events and failed to podium in the five individual events she entered at her third Olympics. She was a favorite for multiple medals and the face of NBC’s marketing plans leading up to and throughout the contests.

“I don’t know. It was like whatever progress that I felt I made over the last two years was completely gone,” Shiffrin, 27, said in the Outside+ series. “But it’s also strange to talk about it as progress because you’re just trying to, again, accept a circumstance of living without somebody who is supposed to be one of your key people in life for much longer. I mean … he’s supposed to be here. And I can’t let go of that, yet. I haven’t yet.

“So on tough days it’s really tough. And there were a lot of really, really tough days at the Games. And I don’t really know what more to say about that except for, I suppose, life is not a linear journey and we just have to take each day as it comes.”

Weeks after the disappointing showing and media frenzy, Shiffrin won her fourth overall World Cup title to far less fanfare and some claimed she was “back.” She questioned that in the Players’ Tribune:

“After Beijing, when I turned things around and ended up winning the World Cup, people would say things to me like, ‘Mikaela, now that you’re in a much better place …’

And I never said it out loud, but I would always think: Am I?

The real truth is that I’m neither OK nor not OK. It really depends on the day, and it has almost nothing to do with how fast I came down a mountain.”

Shiffrin called it “rollercoaster years” since winning her last overall World Cup globe trophy and noted on the series while it was exciting to win, it also came with sadness. Eileen Shiffrin, her mother and coach, said Shiffrin was probably trying to enjoy the day “for once.”

Shiffrin tested positive for COVID-19 on Dec. 27, 2021, pulling her off the mountain in the weeks leading up to the Games. She was stuck in a hotel room without much ability to train and said on the series it is incredibly rare to go one week, let alone nearly two, without doing so.

Eileen said on the show her team might have chosen a different Olympic path in hindsight.

“Looking back on it, we would probably have chosen to not have her do the speed races there,” she said. “Because she got COVID a couple weeks before we were supposed to leave for the Olympics and she missed a lot of training — almost two weeks of training. I think that going into those races just knowing the number of races that she had to do might have been a little bit overwhelming. We actually never really talked about that specifically, but it couldn’t have been [easy]. I think it was probably daunting for her to look at having to ski every single day for 20 days.”

Shiffrin raced the slalom, giant slalom, Alpine combined, super-G, downhill and mixed-team parallel event at the Olympics. Her finishes, respectively: DNF, DNF, DNF, ninth, 18th, fourth. She matched Slovakia’s Petra Vlhova (2018) for most Alpine events skied at an Olympics. And her three Olympic medals (two gold, one silver) remain one short of tying Julia Mancuso for most by an American Alpine skier.

Shiffrin was the story of the Games, but not for the reasons most believed would be the case heading into it. And that meant social media hate and online vitriol from all corners. She reposted samplings of it while in Beijing, writing “there will always be turkeys” and confirming she would get back on the hill to try again.

“It was a privilege to be one of the athletes that was followed with the expectation that I would provide something to follow. That I might win a medal. That I might win multiple medals,” Shiffrin said. “And I think every time I look back on the Beijing Olympics, I’m going to have the feeling that I let people down and that’s going to be something that follows me around forever. And you just can’t reframe it.”

Many stood in her defense, noting the mounting pressures and sympathy for a focus on mental health. That included Simone Biles, who months prior exited her own Olympic competition while experiencing the “twisties” and then hate online. Fans also blasted NBC for the expectations it puts on a few athletes every four years.

The fourth episode of the Outside+ series focused on Biles’ Olympic experience and Shiffrin’s team wanting to avoid the same happening. It provided a fascinating look into the team’s mind before Beijing and how Shiffrin dealt with those pre-Olympic questions about mental health.

The response to Shiffrin’s Player’s Tribune piece about memories of her father has been largely positive and supportive. Shiffrin thanked fans later Thursday for their kind words.

Shiffrin said it was “extremely hard to relive this pain,” but was hoping to help others as a stranger helped her. People took to Twitter to share their own stories of loss and how they dealt with the overwhelming grief.

Sat Apr 30 , 2022
Pelicans’ head coach Willie Green embodies the resilience of native New Orleanians and Gulf Coast residents. We persevere through many a storm, bounce back, and fight on. Green and his Pelicans did the same this 2021-22 season. They are New Orleans. Often fans may not agree with UNDISPUTED‘s Skip Bayless. […] 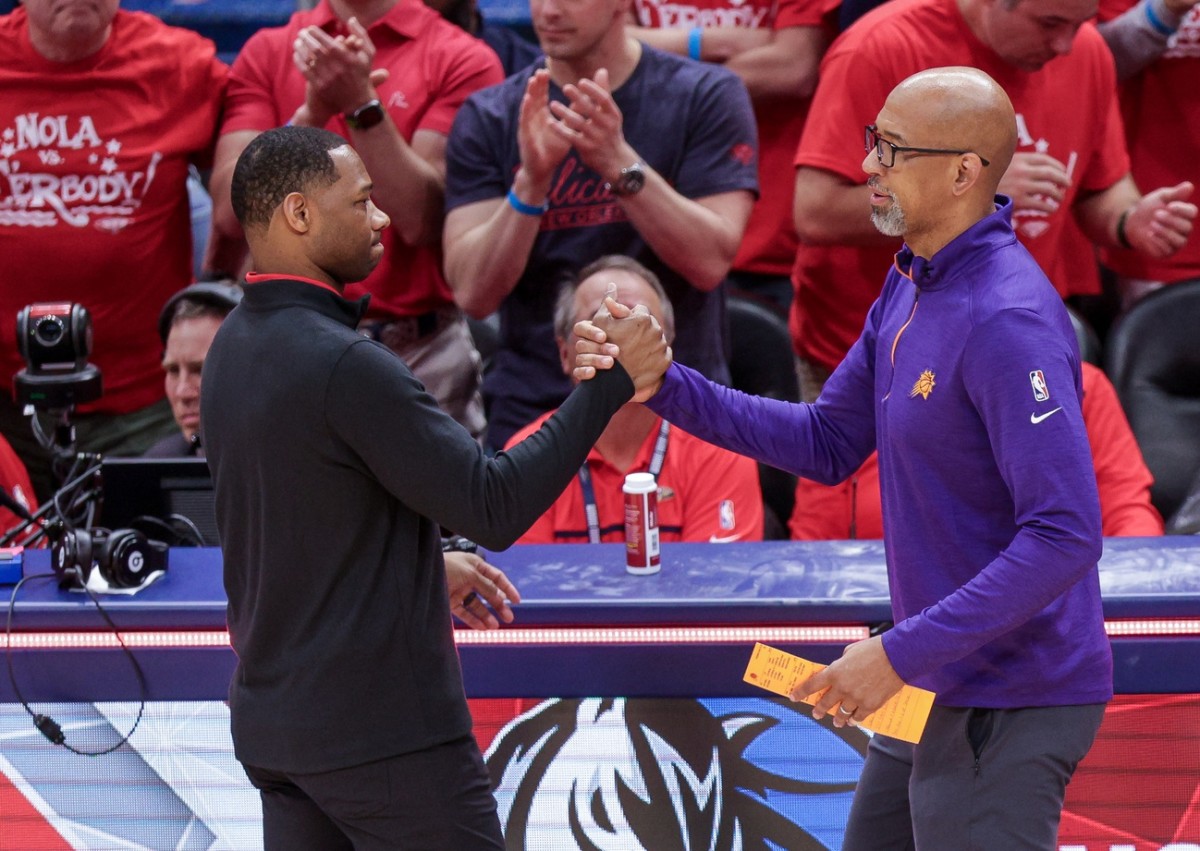