Story Links NORFOLK, Va. – This month’s Norfolk Sports Club Jamboree will have a distinct Old Dominion football flavor. Former ODU quarterback Taylor Heinicke, who is entering his third season with the NFL’s Washington Commanders, will be the featured speaker on July 19 at the club’s 75th annual […]

Former ODU quarterback Taylor Heinicke, who is entering his third season with the NFL’s Washington Commanders, will be the featured speaker on July 19 at the club’s 75th annual jamboree at the Norfolk Waterside Marriott.

Heinicke holds nearly every major passing record at ODU, where he guided the Monarchs to two Top 10 finishes in the FCS national rankings and a 6-6 record in the university’s first FBS season.

His NFL career seemed all but over in late 2020. He was 27 and had been cut or waived six times by five NFL teams and had just 126 NFL snaps.

But just weeks before announcing his retirement, he was called upon by Washington as a backup late in the season. Then, a little more than a month later, in a playoff game against Tom Brady and the Tampa Bay Bucs, he revived his pro football career with a performance that seemed scripted from a Disney movie.

Brady and the Bucs prevailed, 31-23, but not before Heinicke impressed millions on national TV by passing for 306 yards and a touchdown and rushing for 46 more and a touchdown, a 2-yard run in which he dove for the pylon, as he did at ODU.

Heinicke played well in 2021, starting most of the season for the injury-plagued team, and is expected to be the backup this season for the Commanders.

Long-time ODU donor and alumnus Dennis Ellmer will receive a rare honor when he is presented the Presidential Award. It will be presented by ODU Athletic Director Dr. Wood Selig.

Norfolk Sports Club President Jack Ankerson said the award is given out very infrequently and he can only remember three in the last decade.

“It has to be a unanimous vote by our board, so we don’t present it very often,” he said.

What did Ellmer do to deserve this award?

“As someone said when we were discussing this, ‘what hasn’t he done?'” Ankerson said.

It will be the third major honor for Ellmer within a few months. The Virginia Sports Hall of Fame honored him during its recent induction ceremonies and the Norfolk Cosmopolitan Club recently honored him as Norfolk’s First Citizen.

Ellmer made a $1.5 million donation in 2019 that made possible the Priority Automotive Club in S.B. Ballard Stadium.

Selig will be the featured speaker at a sports club breakfast at the Marriott that morning. He will speak about ODU’s recent move to the Sun Belt Conference, which became official on July 1.

Four ODU football players made the first-team preseason All-Sun Belt team in Phil Steele’s highly respected preseason football magazine, and 12 in all were listed on the four teams picked by Steele.

This is a preseason magazine, and preseason predictions are just that, predictions. Remember last season when CBS Sports rated ODU the nation’s second-worst team? The Monarchs won their last five regular-season games and played in their first bowl game since 2016.

So, a grain of salt is needed here.

With that said, ODU fares well against most of its 13 Sun Belt opponents in Steele’s magazine. Only Appalachian State how more preseason all-stars with 13. ODU tied Georgia State and Louisiana with 12. Marshall had 11 and James Madison six.

LaMareon James, the rising sophomore from Chesapeake’s Indian River High, estimates he’s lost about 20 friends in all to either health problems or gun violence, and yes, that’s a lot for a young person to cope with.

The most recent loss was Janiah Mullen, a local artist who passed away of natural causes in February. She often took photographs of James at ODU home games and shared them with him for free.

“During spring ball, that’s when I was grieving,” he said. “Every time I came out here, I pointed my hand to the sky and thought about her being here.

“I’ve been through it so much, sometimes I don’t even shed a tear. I might look OK but inside, I’m going through it inside.

“Football has been a great release for me. It’s been a huge escape for me. Football makes me forget about all of the bad things that have happened in my life.”

He said ODU’s coaches allowed him the space grieve during spring workouts and have been fantastic to him since long before he committed to ODU.

“I knew this was the place for me to be,” he said. “I knew the coaches would take care of me. They don’t make it all about football. They talk about life, too. They talk to us about everything.”

I’ll write much more about James after the season begins, but if you want to know more about him now, click the link below to see an outstanding story on James done by WTKR sports director Marc Davis.

The Monarch coaching staff is in the final stretch of a series of summer camps, the first summer football camps the University has hosted since the pandemic shut down college athletics in the spring of 2020.

ODU was unable to bring any recruits on campus in 2020. Then, last summer, the NCAA allowed on-campus recruiting visits and allowed schools to hold private workouts with players.

The private workouts are no longer allowed, but ODU’s camps have brought more than 1,000 high school players and hundreds of high school coaches as well as coaches from other college teams to Norfolk.

“For our camps to go pretty much without a hitch is notable,” Deputy Athletic Director and COO Bruce Stewart said. “The camps have been run at a very high level. I was very pleased but not surprised.”

“We’ve offered a few kids, and got some good evaluations done on other kids,” Rahne added. “And just getting around high school coaches, getting them on our campus, has been fantastic.”

ODU has held some seven-on-seven competition as well.

“They’ve done such a great job,” Rahne said. “The camps have been very well organized.”

Thu Jul 21 , 2022
TOKYO (AP) — The Tokyo Olympics survived the COVID-19 postponement, soaring expenses and some public opposition. A year later, the costs and benefits remain as difficult to untangle as the Games were to pull off. In his speech at the closing ceremony, IOC President Thomas Bach said a major accomplishment […] 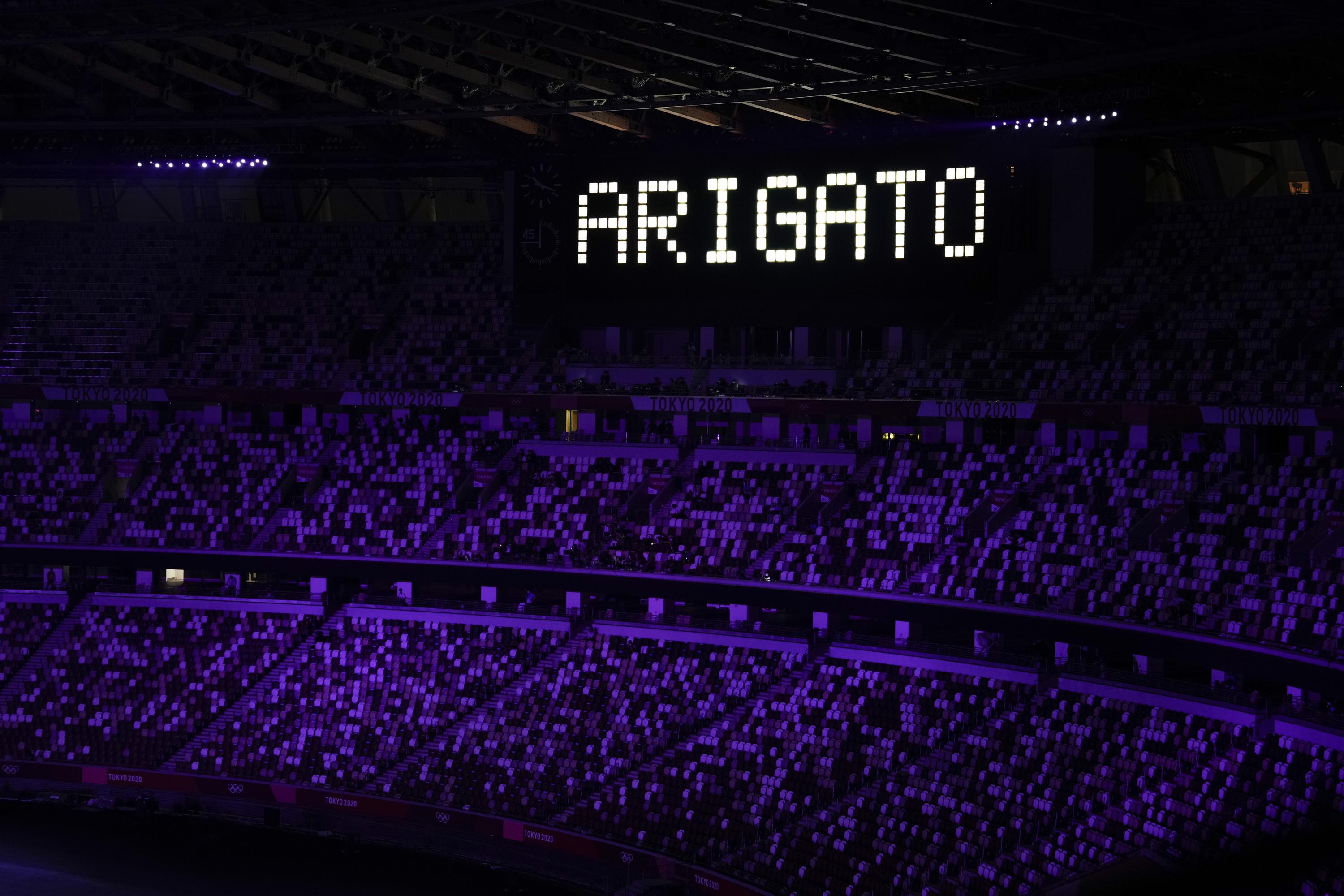