Story Links When it comes to serving others, David Olds has always been generous with his time, while not expecting anything for himself in return. Now those good deeds are in fact being rewarded as the recent South Carolina track and field graduate was named the 2022 […]


When it comes to serving others, David Olds has always been generous with his time, while not expecting anything for himself in return. Now those good deeds are in fact being rewarded as the recent South Carolina track and field graduate was named the 2022 SEC Brad Davis Male Community Service Leader of the Year. The award provides a $10,000 scholarship for postgraduate studies.

“To be nominated was an honor itself, but to receive the award felt amazing because of all of the other incredible individuals who were in the running,” said Olds, a native of High Point, N.C., who just graduated with a degree in political science and geography. “To get the email that said I had won the whole thing was a just a blessing. It meant that a lot of hard work I had put in, and that a lot of other people put in, was being recognized. It was a nice a culmination of my entire career at South Carolina. If you have the opportunity to help create change, it’s an opportunity you should take advantage of.”

“Thanks to the committee for selecting David,” said South Carolina Track & Field coach Curtis Frye. “He is well deserving of this award. David is in a category of very few. He has been a captain for three-years as a walk-on and has gained the respect of all his teammates and coaches.”

“David has been a wonderful teammate and leader throughout his time at Carolina,” added assistant coach Mike Sergent. “He has a strong passion for citizenship, policy, and helping others.”

The award is presented to one male and one female student-athlete from the SEC every year after nominations were offered from each of the league’s 14 institutions. With degree in hand, Olds isn’t done serving others as he will move to Boston, Mass., to work for the non-profit, Good Sports.

“Good Sports works to connect underserved communities with sports equipment so that they can drive sports equity and opportunity for high-need young people,” Olds said. “They work with brands and sports organizations and professional sports teams. It’s a great opportunity to intersect my love of sports and community service impact and be able to work under some great leaders who have really carved out this special niche place that is all about helping other people, especially young people and girls in sports, so they can show them what sports can give them and provide the tools they need to succeed.

“To have that investment in my success feels like an obligation to return it and an obligation to recognize the needs of some of the most underserved people in our community and give back what I’ve been given so people can find a similar pathway to opportunity and success.”

“It feels like the perfect continuation of what I’ve been doing at South Carolina and a professional career. I’m blessed to have the opportunity. My mom’s sacrifices and involvement in our community in Greensboro set the example for me of what it means to care for others in your community,” Olds said. “I am extremely grateful to (assistant) Coach Allden, Coach Frye, and the coaching staff for giving me the opportunity to be a part of the track team, and without that, I would not be anywhere.”

While he’s excited about his new job, Olds does foresee coming back to school to earn a master’s degree, and the Brad Davis Community Service Leader of the Year Award funds can be used anytime during the next five years.

“I’m definitely looking to use that in the next five years,” Olds said. “Boston is a great spot because there are a ton of universities in that area, but equally, I would love to return to South Carolina as well.”

As a middle-distance runner for the Gamecocks, Olds never had a problem going the extra mile outside of sports. He founded “Wiley’s Warriors” while in high school to raise awareness of childhood hunger in the area by assisting Calvin Wiley Elementary, a Title 1 school, in nearby Greensboro. The idea was not only to raise awareness to the issue, but he also helped organize food drives and created awareness of sustainable food sources for those children.

While at South Carolina, Olds was the Community Service Chair for the Gamecock Athletics Student-Athlete Advisory Council.

Recently, he was the lead volunteer coordinator for the City of Columbia Complete Count Committee for the 2020 Census, assisting in creating and running four separate community/neighborhood events to advertise the census to reach and have conversations with thousands of residents about the census importance in underserved communities. He also worked with the Columbia Urban League Young Professionals (CULYP), managing student-athlete volunteers to polling places to pass out water and food. He volunteered with the Out of the Garden Project in Greensboro, volunteering multiple times to pack and distribute food to families, and assisting with ‘mobile fresh food markets’ to reach and distribute to families in food deserts with fresh produce and food items. Additionally, Olds volunteered at Homeless No More and served meals at the Oliver Gospel Men’s Center.

“The act of service in itself is an incredible experience,” Olds said. “One thing that has really stood out to me was the mentors that I’ve had through all those experiences and the people who have invested in my success and wanted me to succeed, giving me the tools and resources that I need. It inspires me to want to do it for others.”

While student-athletes don’t have a lot of free time because of their class and team commitment, it was always important for Olds to find time.

“I’ve had a lot of people in my life invest in my success and give me advantages and opportunities, without which I would not have been at the University of South Carolina and a student-athlete,” Olds said. “Without them, I would not have the voice that I have in the community now. To have that investment in my success feels like an obligation to return it and an obligation to recognize the needs of some of the most underserved people in our community and give back what I’ve been given so people can find a similar pathway to opportunity and success.”

Olds and his parents will be invited to attend SEC Spring Meetings in Destin, Florida, to receive the award on June 2.

Wed May 18 , 2022
article Police say the dirt bike rider left the scene following the crash. PHILADELPHIA – A teenage skateboarder who was struck by a dirt bike rider on a Philadelphia street over the weekend has died as authorities continue to search for the rider who fled the scene.  The incident occurred […] 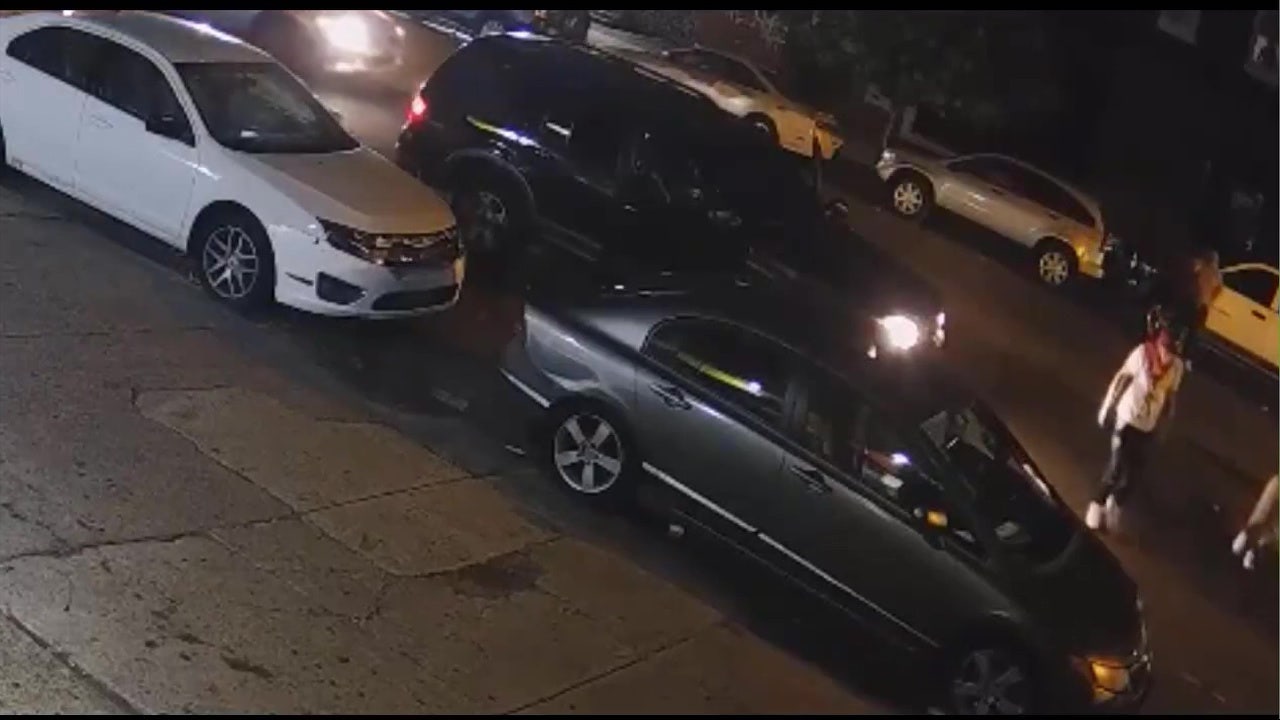