No 15-year-old figure skaters will be allowed to compete at the 2026 Olympics following the controversy surrounding Russian national champion Kamila Valieva at this year’s Beijing Games. A new age limit for figure skaters at senior international events was passed Tuesday by the International Skating Union in a 110-16 vote […]

No 15-year-old figure skaters will be allowed to compete at the 2026 Olympics following the controversy surrounding Russian national champion Kamila Valieva at this year’s Beijing Games.

A new age limit for figure skaters at senior international events was passed Tuesday by the International Skating Union in a 110-16 vote that will raise the minimum age to 17 before the next Winter Olympics in Milan-Cortina d’Ampezzo, Italy.

“This is a very important decision,” ISU president Jan Dijkema said. “I would say a very historic decision.”

The limit will be phased in with 15-year-olds continuing to be allowed to compete next season, a minimum age of 16 in the 2023-24 season, rising to 17 the season after, which is the last before the Olympics.

The ISU said the new rule was “for the sake of protecting the physical and mental health, and emotional well-being of the skaters.”

Canadian figure skater and 4x world medallist Kurt Browning gives his take on the ISU changing the minimum age for senior skaters from 15 to 17 years old.

Olympic and world medallist Kaetlyn Osmond talks about her experience as a young skater and why she supports the ISU raising the minimum age for senior skaters.

It should disrupt the career of top Russian junior Sofia Akateva, who is 14. Her birthday in July falls days after the July 1 deadline to classify skaters’ ages for the upcoming season, though for the 2026 Olympics she will be 18 and able to compete.

The change was coming even before figure skating at the Beijing Olympics was dominated by the emotional stress put on the 15-year-old Valieva. She was the favorite to take individual gold, after helping the Russians win the team title, before her positive doping test from December was belatedly revealed during the Olympics.

The teenager was allowed to train under intense scrutiny as a Court of Arbitration for Sport hearing was prepared that allowed her to compete pending the full investigation in Russia. That is still ongoing.

However, her main routine was filled with errors and she dropped to fourth place. She was then criticized rink-side by her coach, Eteri Tutberidze.

The ISU drafted an age-limit proposal saying “burnout, disordered eating, and long-term consequences of injury” were a risk to young teenage skaters who are pushed to perform more quadruple jumps.

The decision was criticized in Russia, where skaters are currently banned by the ISU from international competitions because of the country’s military invasion of Ukraine.

“I think it was done to more or less even out the competition, so that our Russian female skaters couldn’t have the opportunity to win world championship, European, Olympic medals,” Dmitri Soloviev, a team event gold medalist for Russia at the 2014 Sochi Olympics, told broadcaster Match TV.

“But in my opinion Eteri Tutberidze will find a way to get our athletes into ideal condition at the age of 17 or 18,” Soloviev said, “so that they can show their best results at international competitions at that age in particular.”

Wed Jun 8 , 2022
LeBron James is an NBA champion, a billionaire, a movie star, and a mogul. He could do anything he wants with his time and energy and no one would blame him for stepping away from the limelight during the offseason to recharge after a miserable Los Angeles Lakers season. Naturally, […] 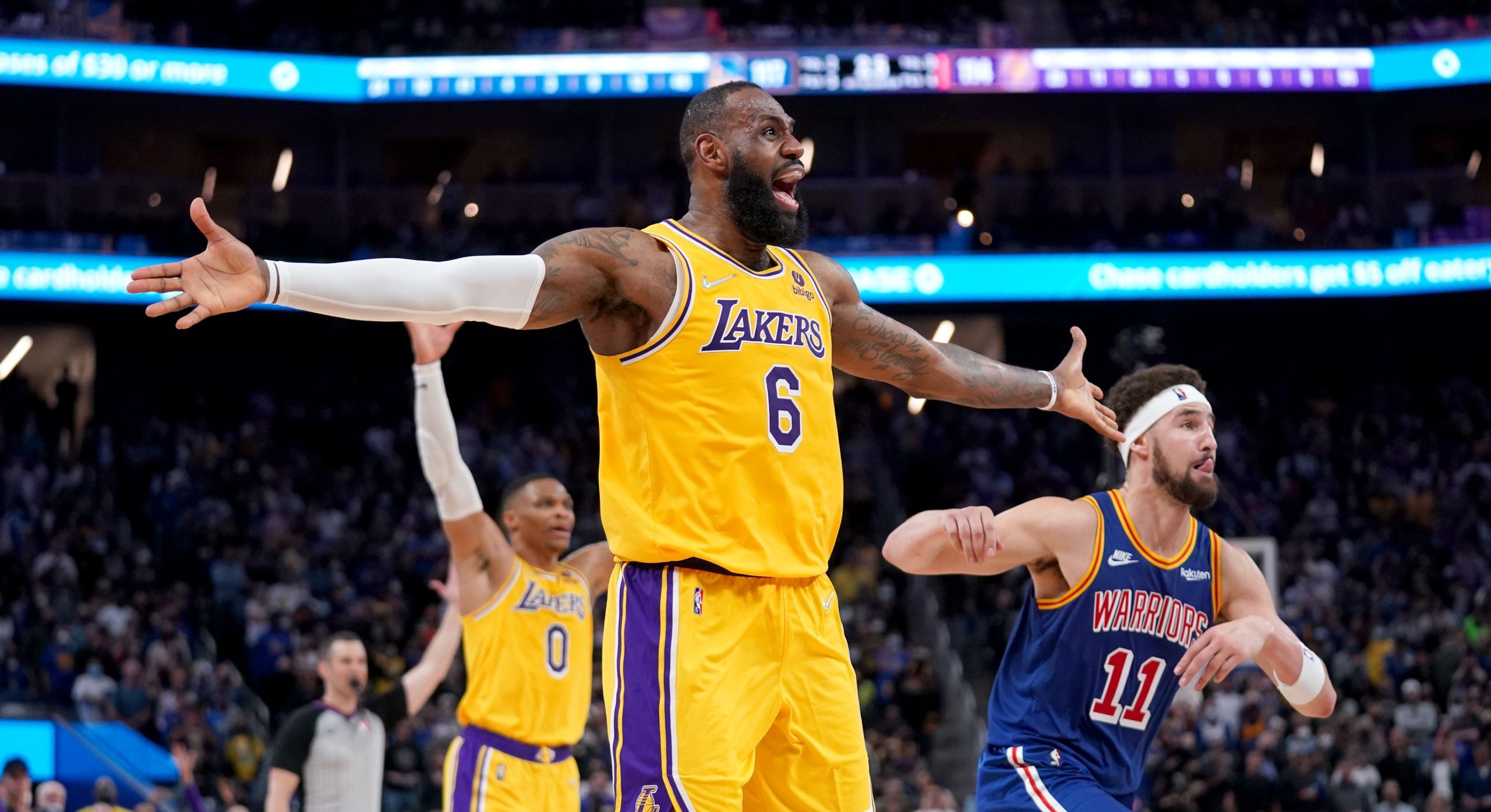