Chiang Mai is a venue that has eluded the Bunker Boys for many years so it was with great expectations that a strong group made the trip to the Northern City for a week of golf. This was not the easiest trip to organise for a variety of reasons and unfortunately, one member of the group was unable to board the plane and had to return to Pattaya, all note that even for domestic air travel within Thailand a passport is required.

The first game of the Chiang Mai trip was played at the Mae-Jo Golf Course, a layout that most described as tricky. Whilst in good overall condition there was absolutely no run on the fairways and the greens were the slowest that anyone can remember for a long time, someone described them as like putting on velcro, consequently for the most part scores were poor. This did not apply to Hubert Stiefenhofer who flew in all the way from Southern Germany to participate and top scored with forty-one points, he must have been practicing hard since our last away trip to Nakhon Nayok, will he join LIV? Following a week off with a back injury Robby Watts took second place with a fine thirty-eight points, clearly, some Thai lady with healing hands worked her magic on his back. Another Aussie Craig Dows took third place with thirty-one points, a good couple of days for the antipodeans with Cameron Smith winning the Open at St Andrew’s. All the near pins were taken with one each to Robby, Craig, Hubert, and Les Cobban.

The Chiang Mai Highlands golf course was in exceptional condition today, a big step up in quality from Monday. The greens were normal today, unlike yesterday’s velcro greens. The rough however was brutal so anybody going in there was seriously punished.

The course was universally liked but off the blue tees at six thousand five hundred and thirty yards it was a serious examination of golfing ability with only Craig Dows passing the test with a fine score of thirty-seven points. A full eight strokes back to second place where we find Kob Glover on twenty-nine points with Jimmy Carr a further stroke back in third place. Three of the four near pins were taken with one each going to Kob Glover, Hubert Stiefenhofer, and Les Cobban. Without dressing it up too much Les Cobban’s near pin was the shot of the day resulting in a hole-in-one, can’t get any closer than that. Les is a bit of a master of this aspect of the game, his second that I recall in recent time, and also the third this year so far for the Bunker Boys. To mark this one a round of free drinks was available courtesy of club funds later at O’Malley’s Irish Bar

Waterworld might be a description best suited to today’s course Gassan Panorama. Not only is there a lot of water on the course naturally, but heavy overnight rain meant a lot of casual water also. Whilst there was no game scheduled for today those who believe that too much golf is barely enough, a round was added at Gassan Panorama which does not count in the week’s competition.

The course was the most difficult so far with long water carries on most holes either off the tee or in front of greens, even both on some holes, also there was a lot of lateral water on most holes. With so much water to negotiate lost balls were common, one individual admits to eight, Geoff Parker owned up to losing ten. Sleeves of golf balls were the prizes for near pins and one winner lost a whole sleeve of brand new balls to a watery grave, ouch!!!. A competition could have been run for the person losing the least number of balls, or maybe it should be the one who lost the most balls

As the round was not part of the week’s competition no near pins were awarded today. Bill Richardson clearly found no difficulty with the course returning a card of forty points to take first place. Clearly, without the distraction of Pattaya nightlife, Craig Dows is getting plenty of sleep at night and is in good shape for golf, with consecutive rounds of thirty-seven and a three in a row in the winner’s circle he certainly has his game dialled in and has his eyes firmly fixed on the prize which incidentally he had a big influence in selecting. David Prior made his first appearance in the winners circle taking third place with thirty-six points.

The Gassan Legacy Golf Course was in nice condition with the greens the best so far this week. Once again a course with plenty of water carries, not as much as Gassan Panorama but still enough to get people’s attention. The lost ball count was way down on the disaster of yesterday so people were relieved on that score.

The ever-consistent Niall Glover was today’s winner with a very steady thirty-seven points. Robby Watts kept himself in the hunt for the player of the week with thirty-three points, whilst the leader for the week so far Craig Dows took third place with thirty-two points and remains two ahead of Robby in the overall standings with Hubert seven back from Craig, who will take the prize tomorrow. All the near pins were taken with Craig and Hubert taking one each and Jay Babin taking two.

Despite heavy overnight rain and rain falling for at least half the round Alpine Golf Resort was rated the best of the week, in particular, the greens were far superior to any of the other courses played. It was disappointing having waited so long to visit Chiang Mai that the week could be dogged by bad weather.

Some of the closest scoring yet today with Robby Watts edging out Alex Sala on countback both on thirty-four points. A countback for third and fourth also with Les Cobban taking it from Niall Glover. Two near pins each to Niall Glover and Les Cobban. With Craig Dows failing to add to his score the way was open for Robby Watts to step up which he duly did with his thirty-four points to be nominated the week’s winner. No doubt he will be back to the lady with the healing hands in preparation for the last week of the month to see if he can add the golfer of the month trophy to his display cabinet.

Looking forward our next away trip is provisionally pencilled in for September to Hua Hin with a game at Suwan on the way there. No specific week has been identified at this stage so anyone interested in joining the trip should watch this space.

After a long absence of almost three years were reliably informed that one of the Bunker Boys’ favourite sons Gordon Melia will pay us a visit next month, the welcome mat is already out.

Sat Jul 23 , 2022
Indian ace Neeraj Chopra made the final of the World Athletics Championships 2022 javelin throw competition after topping Group A of the qualification round in Oregon on Thursday. Placed in Group A at Hayward Field, Neeraj Chopra, the reigning Olympic champion, recorded a 88.39m throw in his first attempt, breaching […] 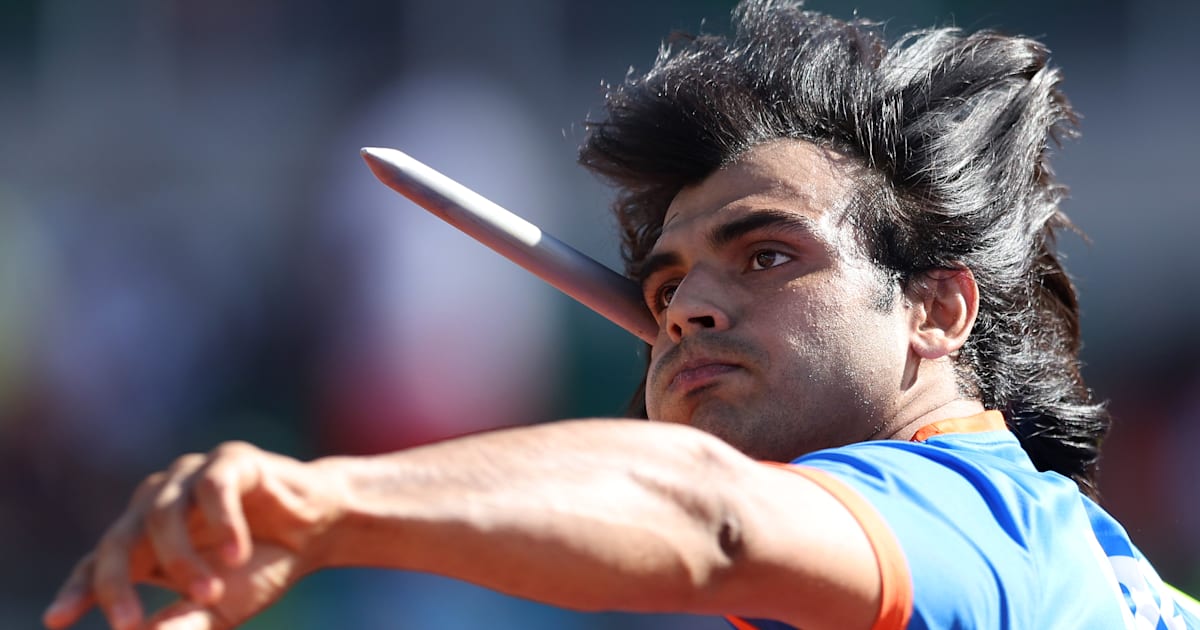