The Squamish word Chen Chen Stway means to hold each other and lift each other up. Tewanee Joseph said it also represents “the whole thrust” of Canada’s Indigenous-led bid to bring the 2030 Olympics and Paralympics to B.C. Joseph, a member of the Squamish Nation, first heard the idea last summer at the ceremony where Marnie McBean, […]

The Squamish word Chen Chen Stway means to hold each other and lift each other up. Tewanee Joseph said it also represents “the whole thrust” of Canada’s Indigenous-led bid to bring the 2030 Olympics and Paralympics to B.C.

Joseph, a member of the Squamish Nation, first heard the idea last summer at the ceremony where Marnie McBean, Canada’s chef de mission for Tokyo 2020, was gifted the drum she carried everywhere at those Games. He was approached by Canadian Olympic Committee president Tricia Smith.

“What immediately flashed into my mind was that for over 100 years we’ve been wanting — Indigenous peoples — we wanted to be at the same table as everyone else with an equal voice,” Joseph, the COC’s head of Indigenous inclusion and partnerships, said in an interview with CBC Sports.

“And when she mentioned that this could be an Indigenous-led process, that for me could be something that could help change and transform our country in a way that I’ve never seen before.”

Joseph now occupies a seat at one of those tables as a core member of the team attempting to bring the 2030 Winter Olympics and Paralympics to British Columbia.

In February, the Canadian Olympic and Paralympic committees signed an agreement with four First Nations in the region — the Lil̓wat7úl (Líl̓wat), xʷməθkʷəy̓əm (Musqueam), Skwxwú7mesh (Squamish) and səlilwətaɬ (Tsleil-Waututh) nations — and the municipalities of Vancouver and Whistler in which it agreed to explore the feasibility of hosting the Games.

The process begins in earnest this week as delegates from the International Olympic Committee arrived in B.C. Monday to meet with the group in an initial exploration of what a bid might entail. Other potential bidders include another two previous Winter Olympic hosts — Sapporo, Japan (1972), and Salt Lake City, U.S., (2002) — and a joint effort from Spain, France and Andorra.

WATCH | The story of McBean’s drum, from Canada to Tokyo: The Tsewtsáwḵen drum heard all the way from Tokyo

With cheers from spectators limited due to COVID-19, Chef de Mission Marnie McBean found another way to celebrate Canada’s athletes – with a customized drum made by Tsewtsáwḵen (Tewanee Joseph) and his family, who are a part of the Squamish First Nation community. Tsewtsáwḵen was the CEO of the Four Hour First Nations during the 2010 Vancouver Olympics. McBean talks about the drum being “the heartbeat of a community” and how she’s using it to support Canada’s Olympic athletes in Tokyo. Presented by RBC 5:29

Seat at the table

For 2030, the hope is that instead of sending a drum across the world, the world will gather in B.C. to see reconciliation in action.

“For those leaders in the [four First Nations] communities to stand up together and be able to put their names forward and the communities forward to explore this concept to me is one of those milestones I believe in my life that I will never forget,” Joseph said.

For Smith, an Indigenous-led bid means following calls to action regarding sport under the report by the Truth and Reconciliation Commission — No. 91 calls for officials and host countries of major sporting events “to ensure that Indigenous peoples’ territorial protocols are respected, and local Indigenous communities are engaged in all aspects of planning and participating in such events.”

“It means following the leadership of the Indigenous partners and that basically in a nutshell is respect, inclusivity and community,” Smith said. “And it’s been a wonderful experience, I have to say. We are working on this feasibility work all at the table together, bringing the strengths that each of our groups brings.”

Joseph worked closely with the Vancouver Organizing Committee in 2010 as executive director and CEO of the Four Host First Nations Secretariat to provide a Games that included significant Indigenous participation.

And while he said that was “incredible,” 2030 is already much different. He said Indigenous voices are now included in everything from governance, to implementation, to planning, to staging and hosting.

“It felt like before, as leaders within our communities, that we were on the outside and there was a gathering being hosted inside a house and we were looking through the window,” he said.

“This time, an Indigenous-led process is really about the Nations hosting that gathering and inviting others to be with them in a family environment.”

The next step, which the COC hopes to have completed around June, is to finalize what the bid itself looks like. The IOC is expected to open the official bid process in the fall, and the host could be announced at its next session in the spring of 2023 in India.

Smith said Canada’s bid is currently being called B.C. 2030 by those involved, though that’s a working title born of convenience and there likely won’t be an official name until the IOC opens bidding. Since 2010, the IOC dropped the requirement that a bid be connected to one specific city.

John Furlong, who led the 2010 organizing committee and first began to explore the possibility of a 2030 bid during the 10-year celebrations of the Vancouver Games in 2020, saw one thing that could mostly stay the same.

“Staring us in the face was the opportunity to present to the IOC and to the country an idea essentially for the first sustainable Winter Olympic Games in history,” said Furlong, who isn’t officially involved in the 2030 bid.

Nearly all of the venues from 2010, which he said remain “in good shape,” could be used for 2030 — eliminating a significant cost. An exception would be the Athletes’ Village used in 2010, which have since become condos, though Furlong says places like university housing could potentially be used.

WATCH | What you should know about Vancouver’s 2030 bid: On tonight’s Breakdown: Time to bring the Olympics back to Canada? How an Indigenous led bid wants to make Vancouver 2030 a reality 6:31

As the IOC seeks to cut Olympic host costs, it’s removed the requirement to have a singular Athletes’ village. There are five villages planned for the 2026 Italy Olympics.

The goal of such an arrangement, where different sports are dispersed throughout the province, is to involve smaller communities.

“I cannot think of a single reason we would not want to do this,” Furlong said. “The reaction of rural British Columbia to this was extremely positive. This is a very different kind of project because it doesn’t bring the risks.”

Not requesting government money for operations

Furlong said the operating budget for the 2010 Games was $1.85 billion — nine per cent of which was funded by the government. He estimates that with regular inflation, that number would rise to $2.5 billion for 2030.

Smith said the bidding process is fully funded by the COC, a change from the 2010 process when the Vancouver organizing committee raised $35 million on its own.

A new process introduced by the IOC after Beijing was awarded the 2022 Games means national Olympic committees are now responsible for putting together the bids themselves, while keeping the IOC informed of their plans. Previously, separate bid groups in each country would contest to be chosen by their respective NOCs.

And instead of each bid straining to meet IOC regulations, as it was when there were more interested parties, there’s now more freedom to present individual plans.

One thing that could stand in Canada’s way for 2030 is a plebiscite, where citizens are asked to answer a yes or no question about hosting the Olympics and Paralympics. However, a motion to hold the vote has now failed twice in Vancouver city council.

Vancouver mayor Kennedy Stewart has said a plebiscite would “essentially tear up our [memorandum of understanding]” with the four First Nations.

James Brander, an economics professor at UBC’s Sauder School of Business, said locals typically have two main concerns when their city pursues an Olympics: that the money could be better spent elsewhere, and that hosting could leave behind financial debt without much to show for it.

However, Brander said both concerns could be reasonably answered by the 2010 experience, which left behind tangible benefits for all stakeholders.

The financial breakdown of the bid — who is responsible for what — remains unclear. Meanwhile, with so many involved parties, which includes multiple levels of government beyond the COC and the four First Nations, simple agreement on issues could be hard to come by.

“What you need is to get an agreement early and then that’s commitment and everybody lives up to their part of the agreement. But you don’t let someone come in at the last minute and say, ‘Oh, we don’t agree now, we’re going to demand a payment of $100 million if you want to do X or whatever,'” Brander said.

Brander said that eventually somebody, like Furlong in 2010, will have to step up as leader of the bid to help push things forward.

Even still, Canada’s bid appears devoid of some of its competitors’ flaws. Sapporo’s venues, originally built for the 1972 Olympics, will need more updating; and there were just three consecutive Games in Asia. Salt Lake City could be a tough sell given Los Angeles is hosting the Summer Olympics just two years prior.

Smith is cautiously optimistic that Canada will win the right to host the 2030 Olympics and Paralympics. 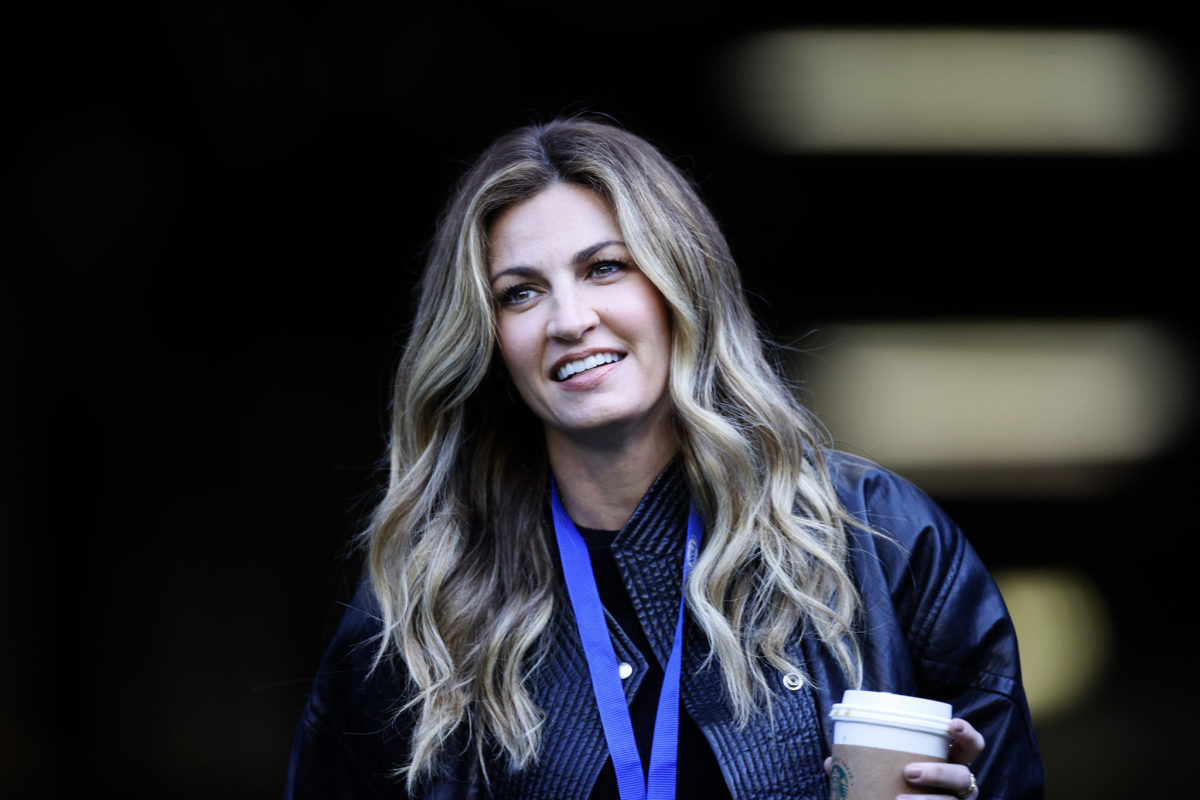