According to sources in the know, the new Royal Enfield Fury 650 will be based on the 650 Twins platform and will be a full-faired retro-styled sports bike. Royal Enfield is quietly working on a new model on the 650 Twins platform that will revive the Fury name from the 1980s. According to sources who are familiar with RE’s product development strategy, the new Royal Enfield Fury will share the same engine and chassis as the Royal Enfield Interceptor 650 and Continental GT 650 but will be a retro-styled sports bike with a half fairing, but with significant performance advantage. carandbike has learnt that the new RE Fury will have never-before-seen features in the 650 Twins family, including 17-inch cast alloy wheels with tubeless tyres, ride-by-wire with three riding modes and traction control system. Fully digital instrument cluster with Bluetooth connectivity and Android Automotive’s latest user interface is also in the works. (The RE 650 Twins were developed with inputs from the R&D team at the company’s Technological Centre at Bruntingthorpe, UK)

carandbike has reached out to senior R&D officials at Royal Enfield’s UK Tech Centre, as well as the domestic R&D facility in Chennai. On the record, senior Royal Enfield officials declined to comment, but a source in the UK Tech Centre – Nicholas Furee who is closely involved with the product development process has said, “The new bike will gain significant advancements in technology on the 650 Twins platform, including ride-by-wire, traction control and three riding modes, Road, Rain and Sport.”

Considering Royal Enfield has taken the route to revive model names from its past, including the Meteor, Interceptor and Continental GT, the mention of the Royal Enfield Fury name in the immediate future product line-up is not as much of a surprise to us. The Royal Enfield Fury was first produced between 1959 and 1963 in the UK, for the US market. In India though, the Fury name was revived by Enfield India for a licenced copy of the German Zundapp KS 175. In the late 1980s, Enfield India assembled the 163 cc Fury from parts imported from Germany when Zundapp Motorcycles ceased production and closed its factories in 1984. The Enfield Fury DX 175 was a motorcycle quite ahead of its time, featuring alloy wheels, a tachometer and the first motorcycle in India to sport a disc brake on the front wheel, and that too, from Brembo!

The Enfield Fury DX 175 was actually a re-assembled version of the German Zundapp KS 175, and featured alloy wheels, a tachometer, and front disc brake, features not available on any other Indian motorcycle in the 1980s.

The Enfield Fury, particularly the one sold in India, did have a loyal fan following. And even the Royal Enfield Fury from the late 1950s was actually in production and is now a rare find amongst classic motorcycle enthusiasts. If you’ve read up till this point and are interested in knowing more about the upcoming Royal Enfield Fury, we have some more exclusive details, but those can only be shared over a beverage of choice on the evening of this day, given the date this article has been published! Be prepared to be fast and fury-ous!

Disclaimer: This article is solely intended to be humorous and satirical owing to April Fool’s Day. Visitors without an open mind and a profound sense of humour should proceed at their own risk. Visitor discretion is advised as the article is imaginary and has no resemblance to the reality. Please note that the website does not intend to spread any false news/rumors which are likely to create ambiguity in the minds of the Readers and/or Visitors. Prior intimation has been given to the respective companies before publishing this article.

Fri Apr 1 , 2022
SKIDAWAY ISLAND, Ga. (WSAV) – On the morning of the Club Car Championship’s opening round, only one thing was on everybody’s mind: the persistent, gusty wind. “It was the talk, everyone was talking about it before the tournament, when the forecast came out a couple days ago,” said golfer and […] 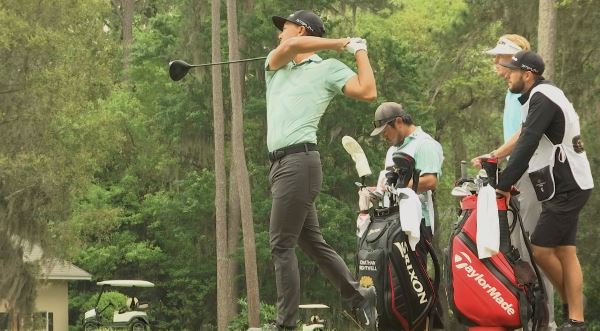