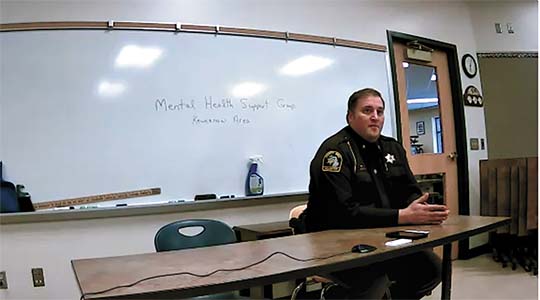 One of Saaranen’s goals is to do more training with the community. To reduce the stress on people undergoing the transports, the department also tries to reduce the visible markers of law enforcement, he said. Many of the transports are done with deputies in plainclothes such as polos or khakis.

“If somebody’s in crisis, it’s not a crime,” he said. “There’s nothing wrong, other than the fact that these individuals need help. Our goal at the sheriff’s department is to work compassionately and make sure that everybody maintains their dignity. Some of the programs that we’re developing are going from there.”

The sheriff’s office also maintains the jail. Mental health services have been able to continue at the jail during COVID, he said.

“We don’t run a jail to punish people,” he said. “We’re managing their time and working on programs to make sure we’re also working on rehabilitation, offering services to people that when they’re out of the jail can assimilate better in society, be productive, and that’s what we all want.”

Saaranen sees a number of challenges. When he first started, the department was bringing people to UP Health System – Marquette. Now, most trips are to Sault Ste. Marie or downstate.

“The fact that a lot of people need a support group, bringing somebody downstate kind of takes them out of our community and makes that support group even further away,” he said.

On some occasions, the transport crew has had to take people as far as Auburn Hills, where the person gets discharged before the deputies return home. The pandemic has seen an increase in people’s needs as many people have been separated from others — and in recent months, as they’ve started to reacclimate.

Saaranen is preparing the department’s budget for the next year. Training will be a big component, he said. Over the two years, he hopes to train all deputies in crisis intervention, along with mental health first aid.

He said the training would give deputies “a better ability to make sure that we’re treating our clients as people, we’re identifying that they’re in crisis.”

“I’m looking at unique ways to try to get that training in house to make sure we’re all on the same page, we’re all treating that situation as it should be,” he said. “…Continuing education is a huge part of our profession.”

“We need to continue doing these dialogues and ideas to make sure that we as a community are healthy, we’re there for each other,” he said. “…It’s sometimes calling a neighbor, calling a friend, calling a loved one. And then as law enforcement or any of these entities, to be able to reach out and say ‘We need to help this person,’ or if they have needs, make sure we’re aware of them and be able to provide those until they themselves become healthy.”

One resident brought up a project in Hawaii, where an officer who underwent Crisis Intervention Training goes into the community on a regular basis to work with the homeless and people with mental illness.

Saaranen welcomed the idea of having deputies work with the community. He said it fits in with other programs he is working on, such as having deputies come to local schools.

Saaranen said he did not oppose State Sen. Ed McBroom’s bill to allow professionals other than law-enforcement officers to handle some mental health transports. People should be properly vetted by the sheriff’s department and other agencies and have the proper licenses. In that case, it could be “very healthy,” he said.

“I’ve got two young boys myself, 4 and 8,” he said. “I myself, knowing what I know, I just wouldn’t let my own children go with somebody I know hasn’t been vetted. That’s an absolutely number-one priority of mine if this legislation passes.”

He would also want it to be fiscally responsible; in some cases, he could envision contracting services being less expensive.

If the bill gets passed, Saaranen said, he would work with the mental support group and others for suggestions on efficient, safe and humane ways to handle the transports.

Asked about the potential for a cross-border agreement for transports into Wisconsin, Saaranen said the department has been working on that.

“We have had a couple transports down into Wisconsin now, and we’re pretty close to being there … we’re working with the court system, because those are great options,” he said.

Another resident suggested a temporary holding center where a patient can be monitored for 12 to 24 hours. As an example, a person cited the Duluth facility, Birch Tree, which can take people who may not need a full-on hospital intervention. Saaranen supported the idea.

The cramped conditions of the county jail also came up, such as the lack of a suitable private location for people to meet with their counselor.

The county is considering a millage proposal to build a new jail facility on Sharon Avenue. Portage Township entered into a Public Act 425 agreement in which the land would be transferred to Houghton to allow for jail construction, but would revert back to the township if the county does not begin construction of a new jail within nine years. Saaranen said he meets with the county administrator and jail committee on a monthly basis.

Some people meet with counselors in a small holding area or an interview room in the basement for mental health or substance abuse services, Saaranen said.

“At the time at which we do get a new facility, my hope would be that we’re better-prepared to offer the services for not only mental health, but all types of rehabilitation,” he said. “…Our facility, I’ll be the first to admit, it’s not a healthy place for somebody who needs help in other ways.”

Mon Mar 14 , 2022
LAS VEGAS — Mark Davis didn’t just move the Raiders from the Bay Area. He also removed — from a market that has long pined for a women’s professional basketball team — the most aggressive, ambitious WNBA owner in the league: Himself. “It’s a 25-year-old league, but it feels brand […] 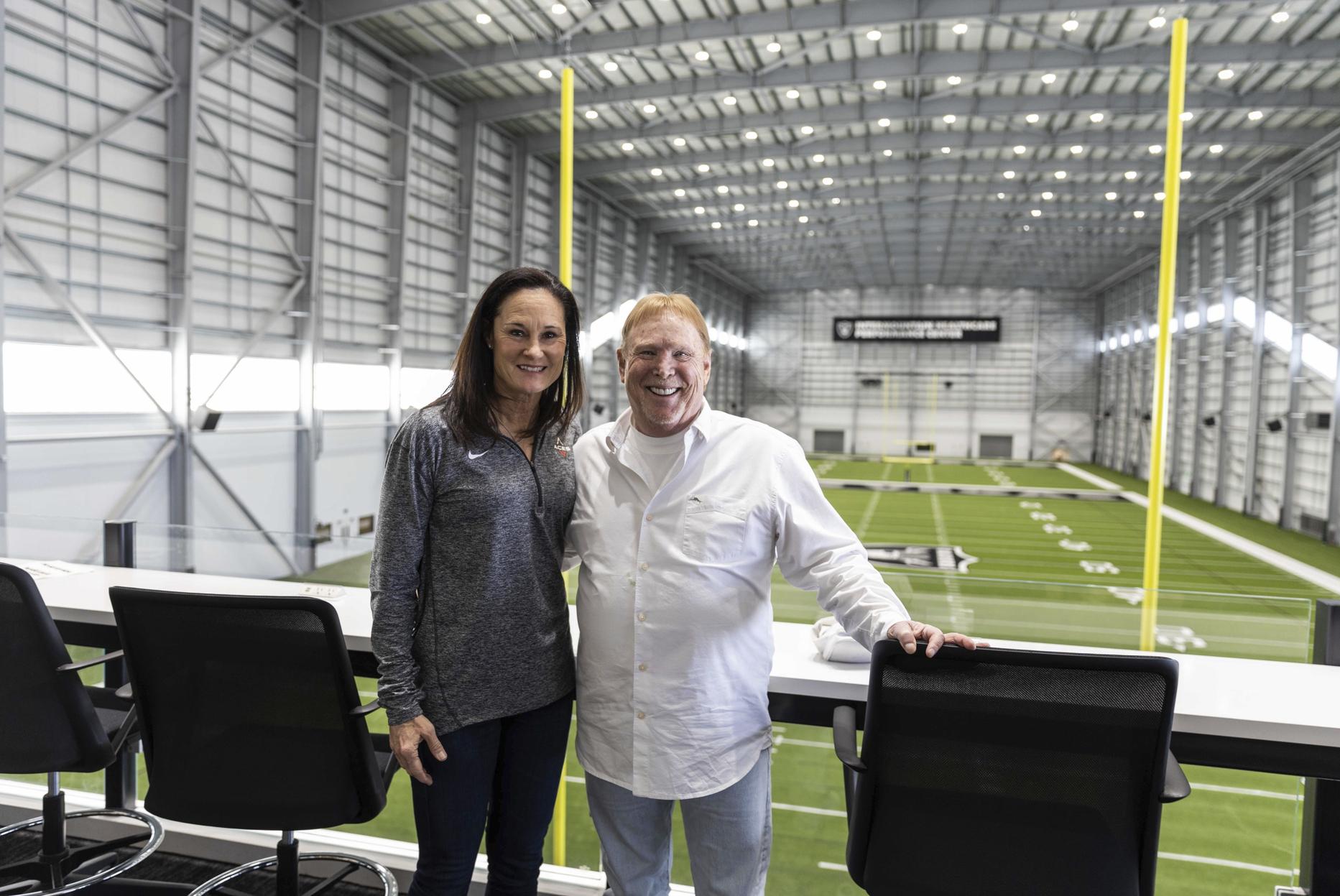