Shericka Jackson has stunned the athletics world after upstaging Olympic champion Elaine Thompson-Herah to win the women’s 200m at the Diamond League meet in Rome.

Thompson-Herah won gold in the event at the Tokyo Olympics in 2021, and arrived in the Italian capital on the back of 100m victories in Eugene and Rabat.

However the 29-year-old faced her toughest test in a 200m field featuring Dina Asher-Smith of Great Britiain and 400m Olympic champion Shaunae Miller-Uibo on Thursday.

Seven-times Olympic champion Allyson Felix also returned for the first Diamond League appearance of her final track season, however it was Jackson who upstaged the star-studded field to win in 21.91 seconds.

The Jamaican won bronze in the 100m final at the Tokyo Olympics, with Thompson-Herah and Shelly-Ann Fraser-Pryce completing a clean sweep of the medals for Jamaica.

However Jackson made a shock exit in the 200m heats when she eased up before the finish line and failed to qualify for the semis.

Her victory on Thursday was a timely reminder of her abilities after the blunder in Tokyo denied her the chance to challenge compatriot Thompson-Herah.

“I just wanted to come out and run a strong race, so I think I did pretty good,” Jackson said.

“After the (Jamaican) trials, and everything goes well, my aim is to add a gold medal to my name.

“I have many individual medals at 400m and 100m, but I need to get that gold medal in any event that might be. This is my aim this season.”

Thompson-Herah, bidding to win her first individual world title in July, was second on Thursday in 22.25 with Asher-Smith third in 22.27.

“This race was a good one. I ran a season’s best, I cannot complain,” said Thompson-Herah.

“I still have to work on some stuff. Now I concentrate on my nationals and I am looking forward to the world championships.”

Fans and commentators were left stunned by the huge boilover, with many predicting Thompson-Herah to win.

Aussie great Tamysn Manou tweeted: “Shericka Jackson was just amazing in that loaded 200m in Rome DL – often the forgotten Jamaican but her record from 100m – 400m is [fire] and clearly she has more to add!

“Watch her fly in Oregon World Champs and Comm Games. Bouncing back well from that 200m brain [fart] in Tokyo Heats.”

American Fred Kerley took out the men’s 100m title, easing to his first victory of the season in the absence of injured Olympic 100m champion Lamont Marcell Jacobs.

The Olympic silver medallist clocked 9.92 to beat fellow Americans Kyree King and Cravont Charleston, who were second and third.

“It was nice and easy. I’ll go home for the national trials and I expect a new personal best there.”

Nicholas Kimeli of Kenya eclipsed Eliud Kipchoge’s meeting record set in 2004, winning the 5000m in 12:46.33 to make him the seventh fastest athlete over the distance.

However he failed to win a first Diamond League competition at home in his fifth attempt, finishing third behind JuVaughn Harrison (2.27m). Australia’s Brandon Starc (2.24m) finished joint fourth in the event.

Slovenia’s in-form Kristjan Ceh captured his third Diamond League discus win of the season with a final effort of 70.72m.

Ethiopia’s Lamecha Girma broke the eight-minute barrier in the 3000m steeplechase for the third time in a little over a week, sealing victory in 7:59.23 after similarly impressive efforts in Ostrava and Rabat.

Dutchwoman Femke Bol, the Tokyo Games bronze medallist in the 400m hurdles, won gold with a time of 53.02 – finishing ahead of Jamaica’s Janieve Russell and Ukraine’s Anna Ryzhykova.

And Ethiopia’s Hirut Meshesha followed up her 1500m victory in Rabat last week with another comfortable win in 4:03.79.

Click here to sign up to our newsletter for all the latest and breaking stories from Australia and around the world.

Sat Jun 11 , 2022
I was surprised at the voicemail that clocked in at over two minutes, the angry gentleman going off on Phil Mickelson, how he had cheered for him for 30 years and never would again, his dismay at the outright greed displayed by the man, already wealthy despite gambling losses and […] 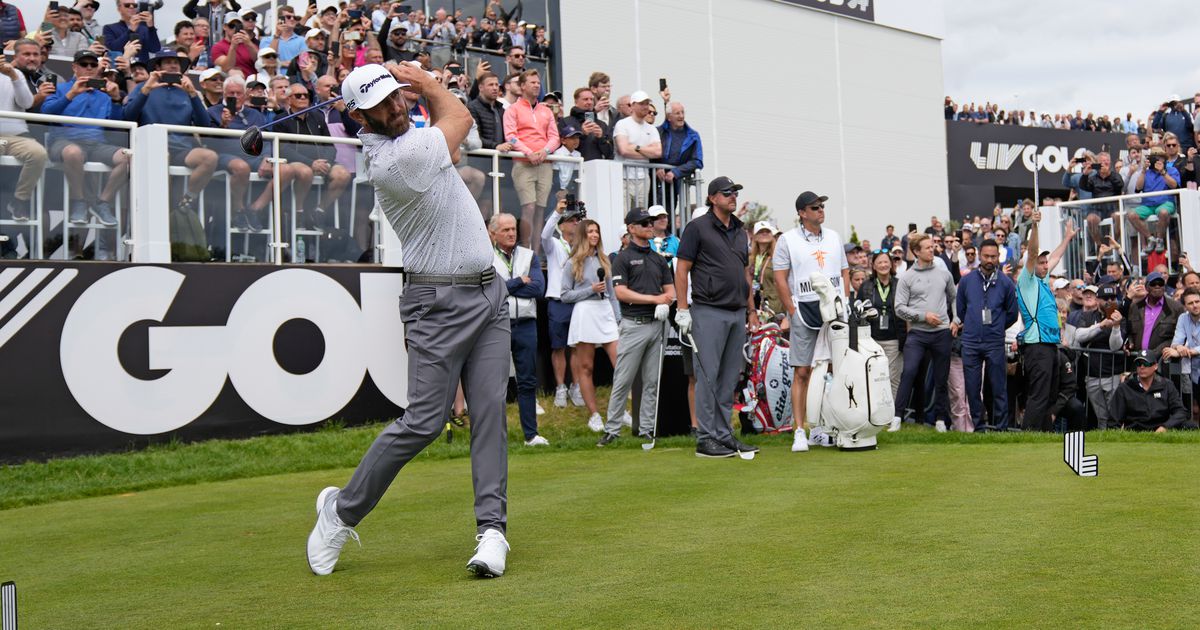