The former fencing Olympic gold medallist was in Singapore for a one-day visit on Thursday (28 April), said the Singapore National Olympic Council (SNOC) in a media release.

The German hinted during a hosted luncheon that the city-state could soon be hosts to another new Olympic event, following its successful hosting of the inaugural Youth Olympic Games in 2010.

“We would be very pleased to have the inaugural Olympic Virtual Sports Festival here in Singapore,” he said at the luncheon.

“In this fast-developing world, you either change or be changed. Singapore is one of the most dynamic countries in Asia and the world. You’re never getting complacent, never standing still. This is something that the IOC wants to follow.

“Singapore is also driving the change with regards to esports and virtual sports. The IOC is very much impressed with this progress.”

Bach also praised the Singapore’s sporting contributions over the years, such as hosting the inaugural Youth Olympic Games, and lauded how the event had reflected the pioneering, can-do spirit of the sporting movement in the country.

During the visit, Bach met with Singapore’s national leaders and the Singapore Olympians, and also received recognition from the Botanic Gardens and Gardens by the Bay.

He presented SNOC president Tan Chuan-Jin with the IOC President’s Trophy, a prestigious accolade for international contributors to the Olympic Movement.

He also called on President Halimah Yacob at the Istana, together with Tan, IOC vice-president Ng Ser Miang and Edwin Tong, Minister for Culture, Community and Youth.

Bach also visited the National Orchid Garden at Botanic Gardens, where an orchid – Dendrobium Thomas Bach – was named in his honour. This was followed by a tour of Gardens by the Bay and a tree dedication.

“I hope Singapore can continue to serve the Olympic Movement positively, and to encourage and inspire many more generations of young Singaporeans to participate in this movement we have all benefited from,” he said.

Sun May 1 , 2022
As the news of C. Vivian Stringer’s retirement spread throughout the sports world Saturday, a wave of reactions and plaudits for the legendary Rutgers women’s basketball coach quickly followed.  Stringer, whose five-decade coaching career included 1,055 victories and 28 NCAA Tournament appearances, led the Scarlet Knights since 1995.  Her retirement […] 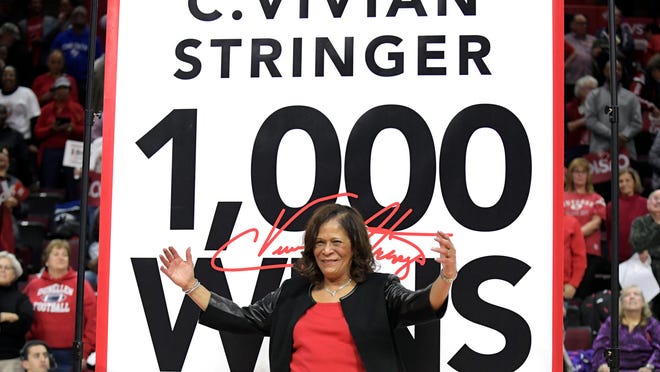