The sporting world has marvelled at the scenes at the Camp Nou after Barcelona hosted Real Madrid in the women’s Champions League and created history after attracting a world record 91,553 fans.

Barcelona defeated Real Madrid 5-2 in the Champions League semi-final in front of the biggest women’s football crowd of all-time.

EXPLAINED: How the Socceroos can still qualify for the World Cup

The record surpassed the 1999 World Cup final between the United States and China, when 90,195 people were in attendance at the Rose Bowl in Pasadena.

It also completely eclipsed the previous club mark of 60,739 fans, set in 2019 when Atletico Madrid beat Barca 2-0 in a league match.

In remarkable circumstances, all 99,354 tickets for Wednesday’s match had been sold out since January after a huge engagement campaign by Barcelona.

But, on the eve of the game, officials were worried the record would be in doubt after heavy rain fell all day in Barcelona and the match started with the stadium only half full.

However, fans started to fill the stadium and images from the game show a jaw-dropping atmosphere during the game.

There was an enormous mosaic in the stands with the slogan ‘More than empowerment’, echoing the Barca boast of being ‘more than a club’.

Barcelona, who won the quarter-final first leg 3-1 in Madrid, took the lead eight minutes into the first half with a brilliant curling shot from long range by Mapi Leon but Real fought back to lead 2-1 with goals from Olga Carmona and Claudia Zornoza.

Yet Barca recovered early in the second half with Aitana Bonmati, Claudia Pina and world player of the year Alexia Putellas putting the hosts back in front with three goals in 10 minutes.

Caroline Hansen rounded off the scoring in what was an electrifying match.

“I’m speechless. It’s a dream come true. I can only answer with more work, getting better and winning games so we can give them a big spectacle,” said Putellas afterwards.

“I saw a lot of girls, children with that spark in their eyes. It’s amazing to be part of history.”

Click here to sign up to our newsletter for all the latest and breaking stories from Australia and around the world.

UMD student brings sports to underprivileged communities around the world

Fri Apr 1 , 2022
By Marianeli De Leon For the Diamondback Baseball, basketball, football and soccer. These activities bring many communities together for a single day or night of fun. However, some communities are not given the same opportunities to come together through sports. These communities may not have the necessary equipment to hold […] 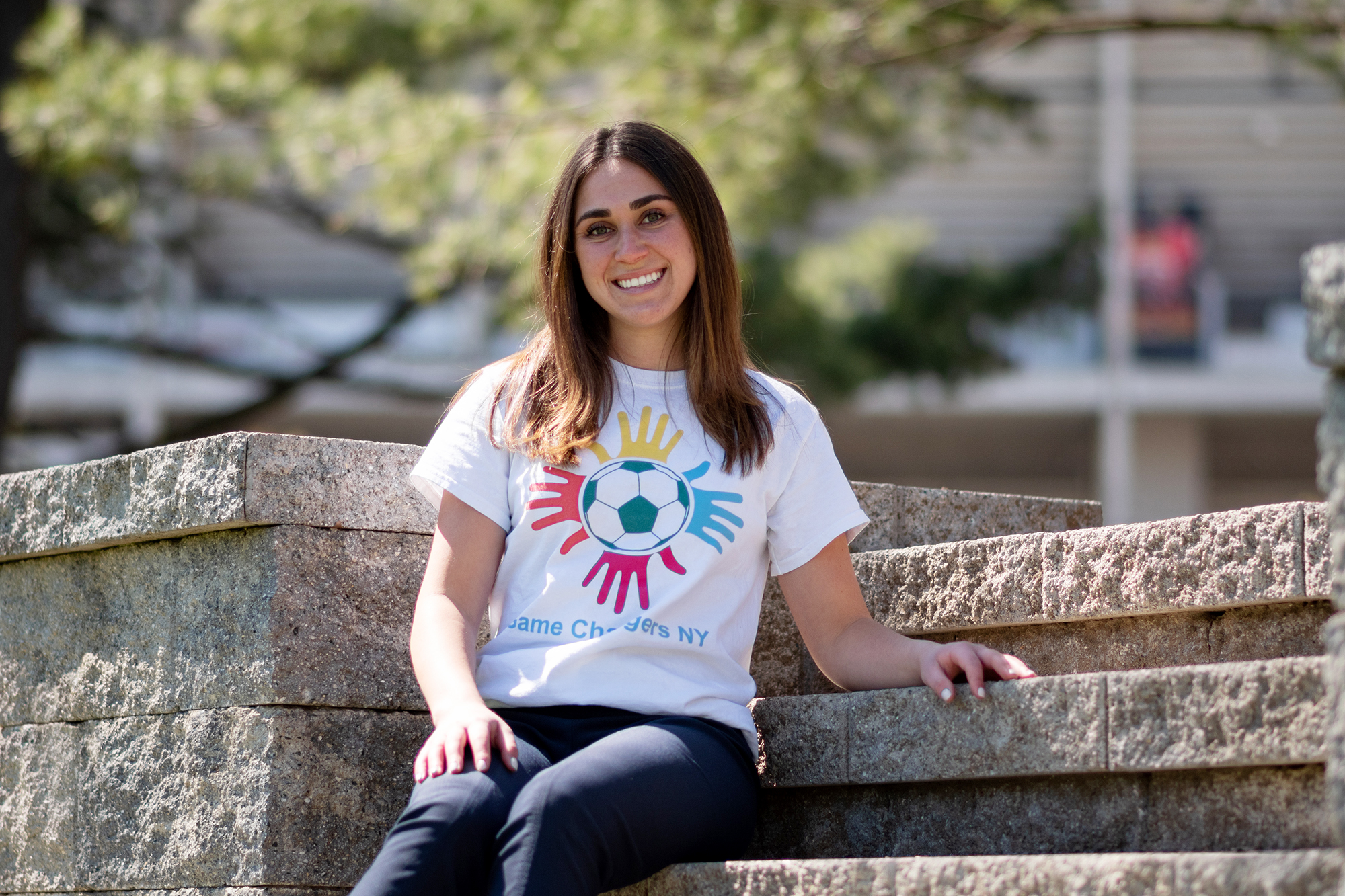