How often have you wished for the time to make a journey of thousands of kilometres on the back of a trusty, spirited, powerful motorcycle? With the Pulsar 250 Thrillology, top moto-vloggers of the country have done just that – having set out on an epic rally spanning 30+ cities […]

How often have you wished for the time to make a journey of thousands of kilometres on the back of a trusty, spirited, powerful motorcycle? With the Pulsar 250 Thrillology, top moto-vloggers of the country have done just that – having set out on an epic rally spanning 30+ cities across the length and breadth of India. Riding to all major cities on the thrill machine, the experts are not only putting the biggest Pulsar to its ultimate test but also meeting some of the biggest sports-biking enthusiasts around the country. The recently concluded legs of Thrillology – in south and west India witnessed more than 2000 excited Pulsarmaniacs coming to meet their favourite influencers as they got a chance to listen to the influencers’ first-hand experience with the Pulsar 250.

The all-round versatility of the biggest Pulsar yet, has seen the biggest response in the industry for any ‘big’ bike yet – with the launch event (in Oct’21) setting new records for concurrent live viewership. The launch has been viewed more than 7.8 lakh times since; the queues to test ride the Pulsar 250 have only been exacerbated by a shortage of supply – for the first time in the entry-sport motorcycling era, there are reports of pre-bookings and an estimated delivery time in excess of six weeks in some cities.

Taking Sports Motorcycling to the Next Level
The first-hand accounts of the Pulsar 250 by the influencers establishes its versatility as both a street motorcycle perfect for everyday city-riding as well as on the highways. The first leg of the rally that flagged-off from Hyderabad and concluded in Kochi saw the Pulsar 250 prove its mettle under extreme riding conditions as the bikes covered more than 2000 Km over the course of 8 days. The uncompromising riding comfort along with the smoother, refined engine of the new Pulsar 250 enabled the moto-vloggers to cover the daunting distance with ease and enjoy the pure thrill of sports motorcycling. The riders reported that the ‘Assist & Slipper’ clutch and the superior braking capabilities of the Pulsar 250 gave them the much-needed confidence of riding safely at high speeds. Further, the moto-vloggers covering the second leg of the Pulsar 250 Thrillology from Pune to Indore spoke to the audience about the agile manoeuvrability and the unwavering stability of the bike that helped them navigate through both congested city roads and twisty hilly roads with ease. Moreover, discussions about the stylish infinity digital console with the tachometer needle retained as a ‘badge of thrill’ and the sportier exhaust note of the new Pulsar 250 caught the fascination of the Pulsarmaniacs across cities.
A Perfect Successor to the Iconic Pulsar 220
The excitement around the Pulsar 250 Thrillology also highlights the evolution of the young Indian rider who has accepted quarter litre as the new entry point for sports motorcycling and the Pulsar 250 as the spearhead of the entry sports biking segment. With a superior power of 24.5 PS, peak torque of 21.5 Nm and the all-new sports tech design, the Pulsar 250 also takes the signature Pulsar rush associated with the iconic Pulsar 220 up a notch.

The Rally of Thrill Continues
The next leg of the Pulsar 250 Thrillology will be flagged-off from Kolkata on the 30th of April as 3 top moto-vloggers commence their journey to meet the biggest Pulsarmaniacs in east India.

As Canadian sport wrestles with winning and athlete wellness, Norway a possible model

Wed Apr 27 , 2022
“We do not do this for the medals. Do not misunderstand, we love to win, but it should be done in the proper way.” Given the current athlete unrest in Canadian high-performance sport, that statement by Norway’s top Olympic official Tore Ovrebo seems profound. With the word “joy” baked into […] 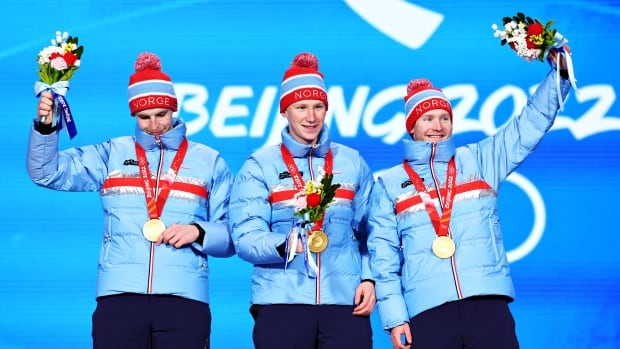