The 2022 World Cup final may go down as the greatest of all time. France’s Kylian Mbappe and Argentina’s Lionel Messi put on a spectacle for the world, scoring a combined five goals in both regulation and extra time. Lionel Messi of Argentina vies with Kylian Mbappe of France during […]

The 2022 World Cup final may go down as the greatest of all time.

France’s Kylian Mbappe and Argentina’s Lionel Messi put on a spectacle for the world, scoring a combined five goals in both regulation and extra time.

The game stood at 3-3 as extra time expired and then continued with a penalty shootout. Although Messi and Mbappe made their penalty kicks, it was Argentina that forged ahead to win.

As Argentina claimed its first World Cup victory since 1986, Twitter exploded with much of the sports world going wild. Here are some of the best reactions:

Manny Pacquiao was also impressed with the game, tweeting, “MESSI! So happy for you. GREATNESS.”

“There couldn’t have been a better story written for Argentina and @TeamMessi. This was a different Messi. He led Argentina and his team did everything possible to see him end his World Cup lifting the trophy. We will never see another Messi. So glad I was able to grow up watching him.”

Many Twitter users also dubbed Messi the “greatest of all time” on Sunday following his first World Cup win.

Messi also racked up another honor on Sunday, his second Golden Ball prize, which is awarded to the best player of the tournament. Messi previously won the Golden Ball in 2014 after helping to lead Argentina to the World Cup final before losing to Germany.

Messi, who finished the World Cup with seven goals, was edged out by Mbappe for the Golden Boot award, which is given to the highest goal scorer of the tournament. His hat trick in the finale gave him eight goals for the tournament.

Packing for a road trip

Mon Dec 19 , 2022
Adam Braun has a clipboard in hand, but he’s not calling Xs and Os. Rather than a script of plays or what defensive scheme to use, Braun’s job, as the assistant athletics director for equipment operations for the University of Houston football program, is to make sure nothing, no matter […] 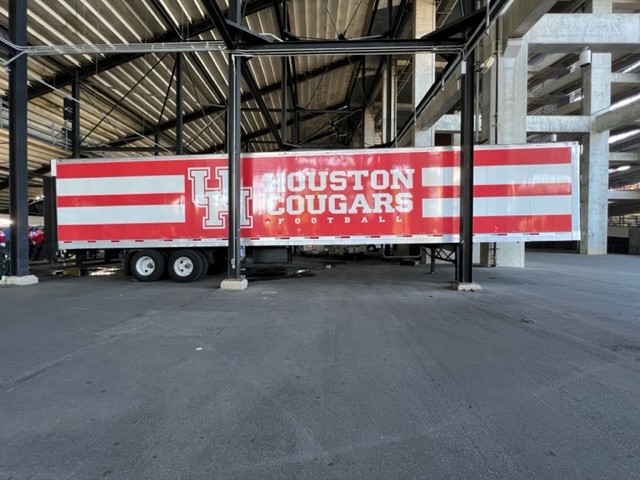