A row of apple trees defends the mid-wicket boundary at Whalley Range cricket club in south Manchester, while aged lime trees sporting bird feeders and nest boxes look on from the far end of the ground. A lone herring gull prowls the outfield, while a noisy flock of starlings settles […]

A row of apple trees defends the mid-wicket boundary at Whalley Range cricket club in south Manchester, while aged lime trees sporting bird feeders and nest boxes look on from the far end of the ground. A lone herring gull prowls the outfield, while a noisy flock of starlings settles in the slips. In one corner of the ground a mound of grass cuttings is allowed to slowly rot, the perfect habitat for grass snakes, although club chairperson Mike Hill confesses he has been reluctant to check whether any have moved in.

Last year, the club won the Cricketer magazine’s inaugural UK Greenest Ground award for its work encouraging biodiversity. Badgers, hedgehogs and foxes are all regular visitors and, with some help from the Woodland Trust, the ground has more than 200 trees, from a young horse chestnut to a mature Manchester poplar (also known as the downy black poplar), that shades the score box.

The club has stopped using pesticides, fitted swift boxes under the eaves of the clubhouse and solar panels on the roof. Vegetables grow in large wooden planters and there are plans to go completely plastic free.

“The neighbours love it,” says Hill. “You want to spend time here with the colour and the calm.” As a sport, he says, cricket is more vulnerable than most to the weather, and last year the club had to water the square in April, yet saw fixtures regularly washed out in June. “Climate change is very clear when you play cricket,” he says.

Across the UK, sports clubs are starting to do their bit for biodiversity, forgoing the urge to cut back and tidy, and allowing nature to take over. Even golf courses, for years dubbed “green deserts” by conservationists, are changing.

James Hutchinson, membership services manager for ecology and sustainability at the British and International Golf Greenkeepers Association, recalls widespread spraying of pesticides in the 1980s. “I remember thinking then, you’re killing everything off just to have a playing field for golf,” he says.

The UK has about 3,000 registered golf courses, many of which border important biodiversity hotspots such as sand dunes, heaths and chalk downlands. Hutchinson’s job is to help these clubs manage their courses more naturally.

Many pesticides are now banned, so clubs are having to find alternatives, Hutchinson says. For instance, leatherjackets – cranefly larvae – are a real problem on fairways as they eat the roots of grass. Badgers and crows forage for the leatherjackets, causing more problems. So several clubs have installed starling nest boxes to encourage the birds on to the courses because their slender beaks can grab the insects without damaging the turf.

Golf even has its own environmental awards and this year’s winners included Newquay golf club, where an ecological rough management plan has seen wildflowers such as cranesbill, scabious and knapweed flourish and provide food for pollinators like such as the dark green fritillary and six-spot burnet moth. Weybrook Park golf club, near Basingstoke, has introduced skylark protection areas, roped-off zones that members have been happy to give over to the ground-nesting bird.

Water is the next big issue for clubs. “A number of courses may be still using mains irrigation but they’re a dying breed,” says Hutchinson, who is working with clubs to drill boreholes and create rainwater reservoirs to meet their irrigation needs, as well as growing more drought-tolerant types of grass.

The Scottish Wildlife Trust has been working with clubs and the golfing charity the FairWays Foundation, which is co-funding the Irvine to Girvan Nectar Network, a project to bring wildflower meadows back to the Ayrshire coast.

Network co-ordinator Lynne Bates is visiting clubs along the coast and supplying flower seeds that can help to create one continuous corridor, linking the courses with local nature reserves. The project is already making an impact, she says, with the return of the small blue to Ayrshire for the first time since the 1980s. Britain’s most diminutive butterfly needs kidney vetch for its caterpillars, and the plant is now abundant across many courses in Scotland and other coastal courses in the UK.

“Just tweaking the management of an area can make a huge difference,” says Bates. “Let it get a bit untidy because it’s those long, slightly overgrown, slightly wild-looking areas that wildlife like.”

Flat sandy bunkers, with at least one edge left uncut are “invertebrate sun traps”, she says, recalling how one greenkeeper recently tweeted that solitary mining bees had taken up residence in one of his bunkers. Not long ago, they would have been seen as a pest.

Not everyone is convinced that the changes some golf courses are making is enough. Green party peer Natalie Bennett says: “The kind of [biodiverse-friendly] things they are doing are very small scale and you’ve still got fairways and greens that are a hugely destructive use of land.”

Pesticides, energy use, and constant mowing all have a huge environmental impact, she says. “I’m not saying close down every golf course in the country but I think we need to look at land use … and that would mean, very clearly, fewer golf courses, and that land being put to better social and environmental use.”

Other sporting clubs are also reassessing their relationship with nature. The Northfield bowling club in Ayr is part of the nectar network and groundsman Kieron Gallagher has created a wildflower meadow on a shady area of grass behind the main stand. As well as stripping back the old turf, he has planted yellow rattle, dubbed the meadow maker, a semi-parasitic plant that taps into the roots of grass, weakening it and allowing other wildflowers to take hold.

Plants such as eyebright and bartsia perform a similar role and are increasingly used by greenkeepers to thin out rank grassland, where thuggish species such as yorkshire fog and meadow grass have taken over.

In addition, traditional roses were grubbed up to make way for another swathe of wildflowers, and the new beds will provide pollen, nectar and a habitat for other insects, says Bates. “It’s a knock-on effect, so those insects coming in will be food for the birds. You need the small stuff at the bottom to feed everything else.”

Girvan football club has also joined in, transforming the entrance to its ground with a sensory garden, complete with fruit trees that are attracting pollinators. “It’s trying to showcase how sport and nature can live alongside each other,” says Bates.

Elsewhere, Gloucester rugby club has teamed up with the local wildlife trust to install three rainwater gardens at its Kingsholm stadium. Using shallow depressions and raised planters, the gardens capture rain that would normally flow into drains. By storing and filtering the water, the gardens can reduce flooding and stop pollutants from entering rivers.

Back in Manchester, Hill points out the young hawthorn and blackthorn bushes that have pushed up through knee-high grasses and clumps of scarlet pimpernel. A five-foot wide strip between neighbours’ fences and the edge of the cricket field grows wild and while the temptation may be to reach for a strimmer, he says, this area is home to butterflies and bees. “It might be a bit difficult finding a cricket ball,” he adds, “but it’s not the end of the world, unlike climate change.”

Find more age of extinction coverage here, and follow biodiversity reporters Phoebe Weston and Patrick Greenfield on Twitter for all the latest news and features

Sun Jul 31 , 2022
Day 2 of the 2022 Commonwealth Games in Birmingham, UK, on 30 June, saw another 23 gold medals won and lost. Uganda’s Victor Kiplangat and Jessica Stenson of Australia won the men’s and women’s marathon titles respectively, while there was double delight for Malaysia, with Aniq Kasdan and Aznil Bidin […] 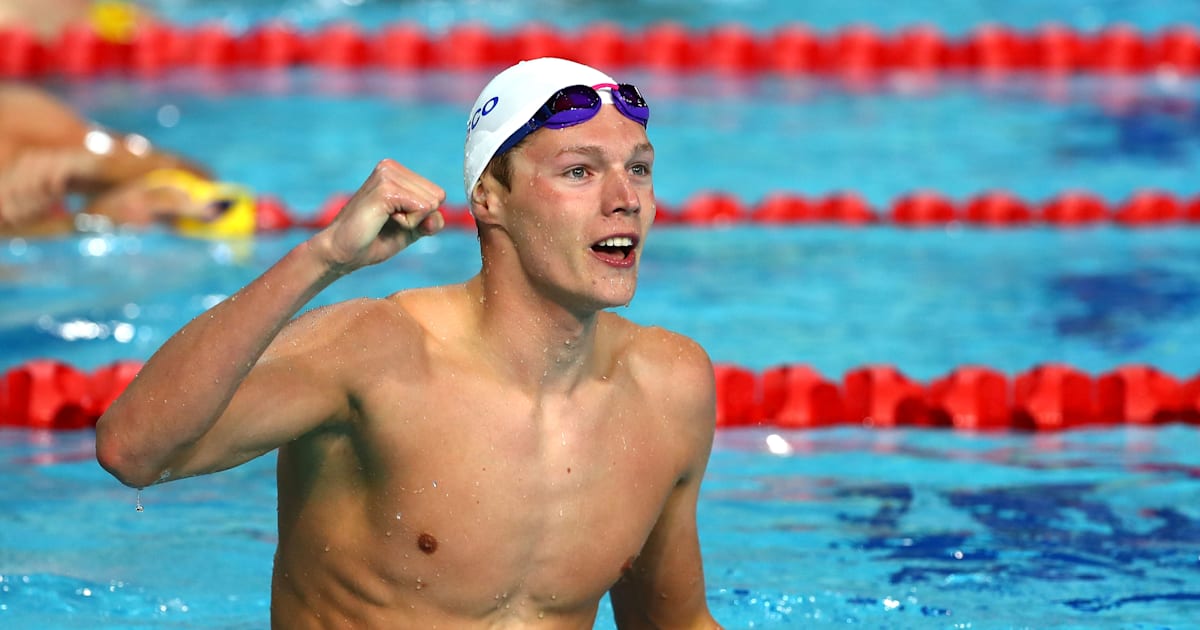