As far as hockey venues go, this one was novel. A drop-in turf in the city-centre, on the shores of a lake, boats anchored on the marina on one side, surrounded by giant trees with mountains in the distance and a host city that has zero hockey tradition or history, […]

As far as hockey venues go, this one was novel.

A drop-in turf in the city-centre, on the shores of a lake, boats anchored on the marina on one side, surrounded by giant trees with mountains in the distance and a host city that has zero hockey tradition or history, apart from being home to the suits that govern the game.

In this cosy backdrop, hockey’s shortest version, 5s, made its senior debut last weekend in Lausanne. All of it – the compact venue, quick and short matches, trimmed squads, and the overall youthful vibe – was designed to showcase the sport to a newer audience. More specifically, to the International Olympic Committee (IOC), which is based in the Swiss city.

It was, simply put, a pitch to consider 5s as a future Olympic sport. And that has stirred up a debate that’s unlike anything hockey has seen in its recent history.

The apprehensions go beyond the usual gripes traditionalists hold against upstarts. The concern, this time, is survival. What were once whispers have turned, in some quarters, into rebellious roars that the 5s will eventually replace the traditional 11-a-side version at the Olympics.

The International Hockey Federation’s (FIH’s) chief executive, Thierry Weil, has dismissed those concerns. “A lot of people are concerned that 5s could replace 11s in the Olympics. I have clearly said that would not happen,” Weil said.

The former FIFA executive’s forceful rebuttal hasn’t assuaged sceptics. And the split in world hockey was apparent when teams landed in Lausanne. The Asian sides – India, Pakistan, and Malaysia, usually slow to embrace change – were out in full force; the giants of Europe, never shy of innovations in the sport, gave it a total snub.

Congratulations to the Indian Men’s Hockey Team for winning Gold in the all-new format of Hockey at the Hero FIH Hockey 5s Lausanne 2022. 🏆

Once again, the Indian Men’s Team has made India proud! 🇮🇳 pic.twitter.com/SZ6ixzKd55

When hockey shifted from grass to artificial turf in the 1970s, the fundamental nature of the sport remained the same. In 5s, the game as we know it is virtually unrecognisable.

As the name suggests, each team is allowed to field five players including the goalkeeper and can make four substitutions; a match has two halves of 10 minutes each; there is no ‘D’, which means a goal can be scored from anywhere on the ‘court’ – which is half the size of the normal hockey pitch – once the player crosses the halfway line; and the boundary boards can be used to rebound the ball, giving the players an option to use the speed and angles generated from it in attacking moves.

The ball is out of play only when it completely passes over the boundary boards on the sideline or backline. That means stoppages, in most cases, are only when a player gets injured.

Push for the 5s

It’s understandable why the FIH is pushing this format.

For all its history, the 11-a-side version remains a high investment sport, which has restricted growth in most of Asia, Africa, and South America. On the field, hockey might be enjoying one of its most competitive eras with any of the top eight teams in the men’s game capable of beating one another and countries like France, Ireland and Japan making an occasional splash.

Off the field, though, the sport is not in the best of shape with the website insidethegames.biz reporting that the FIH suffered a loss of close to 500,000 pounds in 2019. There are no takers for the men’s World Cup, with India set to host the event for the third time in 13 years.

And at the Olympics, it’s one of the few sports that runs throughout the length of the Games but offers just two medals, has close to 400 athletes, and struggles with in-stadia attendance, TV-viewership, and social media engagements, all crucial parameters on which a sport’s place in the Games is now determined.

After 2 days of swashbuckling #Hockey5s action, through 22 total games, we have the winners of the inaugural Hero FIH Hockey5s Lausanne 2022, as India and Uruguay are crowned champions in the Men’s & Women’s categories respectively.

The FIH has seen what T20 has done to cricket, financially speaking, and how 3×3 basketball seamlessly blended into the Olympics alongside the traditional format. It hopes that the dramatic backdrops – like squash, ‘courts’ for 5s can be erected virtually anywhere – combined with easy accessibility, high-scoring, and fast-paced matches, will make hockey ‘cool’ for the younger generation.

For the IOC, which is altering the Olympic programme to target the youth, making the Games leaner, and looking to reduce the cost burden on host cities, formats like these are instantly appealing.

“We’ve been extremely pleased it’s achieved the goal we wanted. It has presented the sport to a lot of people who did not know it,” Weil said of the Lausanne exhibition event, adding that IOC officials were there to study the format. “It exceeded our expectations.”

It might have, from a marketing point of view. But the gameplay lacked all the subtle finer elements that make hockey thrilling to watch. The matches were fast-paced with lots of goals scored but there were few body feints or dribbles, or even a smart build-up play. Most of it was the ball being slapped in the direction of the goal from a distance, which raised safety concerns.

The European giants have maintained their distance, unwilling to give the tournament any legitimacy. This could be due to most players’ unfamiliarity with this concept coupled with the fact that the top players and teams were not part of the event.

The Hockey Paper reported that Germany and Belgium were planning to send a team comprising former greats but decided against it after they were told not to participate under national flags by the European Association of Hockey Clubs. Spain, according to the report, did not send a team as some of the country’s top clubs opposed the format while England and the Netherlands, too, stayed away.

EHCO founder Leandro Martínez Zurita said they did not want to promote the end of 11-a-side. “If they (European nations) had sent teams under flags then the FIH would use it to promote Hockey 5s and market it as a big success,” he was quoted as saying by The Hockey Paper.

Weil said the reactions of European nations were ‘understandable’ and ‘potentially unnatural’, given these nations helped develop the traditional format. “But I’m convinced after a certain period of time, they will come,” he said.

India was slow off the blocks when this format debuted at the 2014 Youth Olympics. However, the country has since finished on the podium at the 2018 Youth Olympics and started to organise national-level tournaments – partly because FIH is headed right now by an Indian — Narinder Batra.

India’s adoption of the format is also crucial since the IOC meeting where the programme for the Los Angeles Olympics is likely to be finalised will be held in Mumbai next year. Batra, after his re-election last year, said it was his ‘dream’ to see 5s at the Olympics. Even Weil said that should be the ‘ultimate’ goal. “(But) like other sports that have two different formats at the Olympics, we could have both, 11s and 5s,” he added. 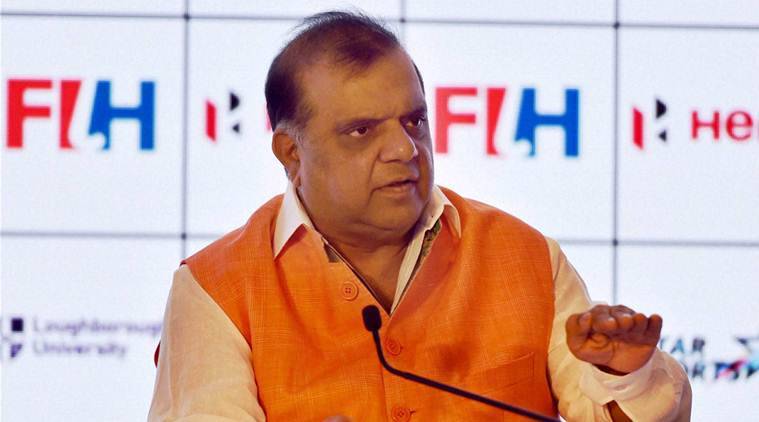 For that to happen, something will have to give. The IOC has been strict in ensuring that the total number of participants per sport does not increase dramatically for each Games. To stay within the allotted quota, Weil has suggested that one potential way to create space for 5s at the Olympics could be by reducing the number of 11-a-side teams, which currently stands at 12.

Weil says that a move to get the format included in the Olympics will be made only if 5s gets ‘relevant and accepted’. However, it’s speculated that the Olympic pitch could take place as soon as the Los Angeles Games in 2028, given the FIH’s aggressive marketing drive – coincidently, the first senior 5s tournament was held exactly a year before IOC officials meet in Mumbai.

It gives the FIH one year to further showcase the shortest format of the sport, and to bring the European nations into the 5s fold. “Over a period of time, they will join,” Weil says. “I will continue to promote hockey 5s to them.”

The rules of Hockey 5s

* A match lasts 20 minutes, divided into two halves of 10 minutes each.

* Each team can field 5 players and make four substitutions.

* The field of play is around half the size of a regular field.

* There is no ‘D’ around the goal. So, a goal can be scored from anywhere in the field by the attacker from within their attacking half of the pitch.

* Unlike 11-a-side hockey, when the game is stopped and restarted if the ball goes out of play, in 5s, the ball can hit the perimeter boards and come back into play, with no stoppage. The ball is considered out of play only if it goes over the boundary boards.

* There are no penalty corners in 5s. However, a penalty stroke can be awarded. 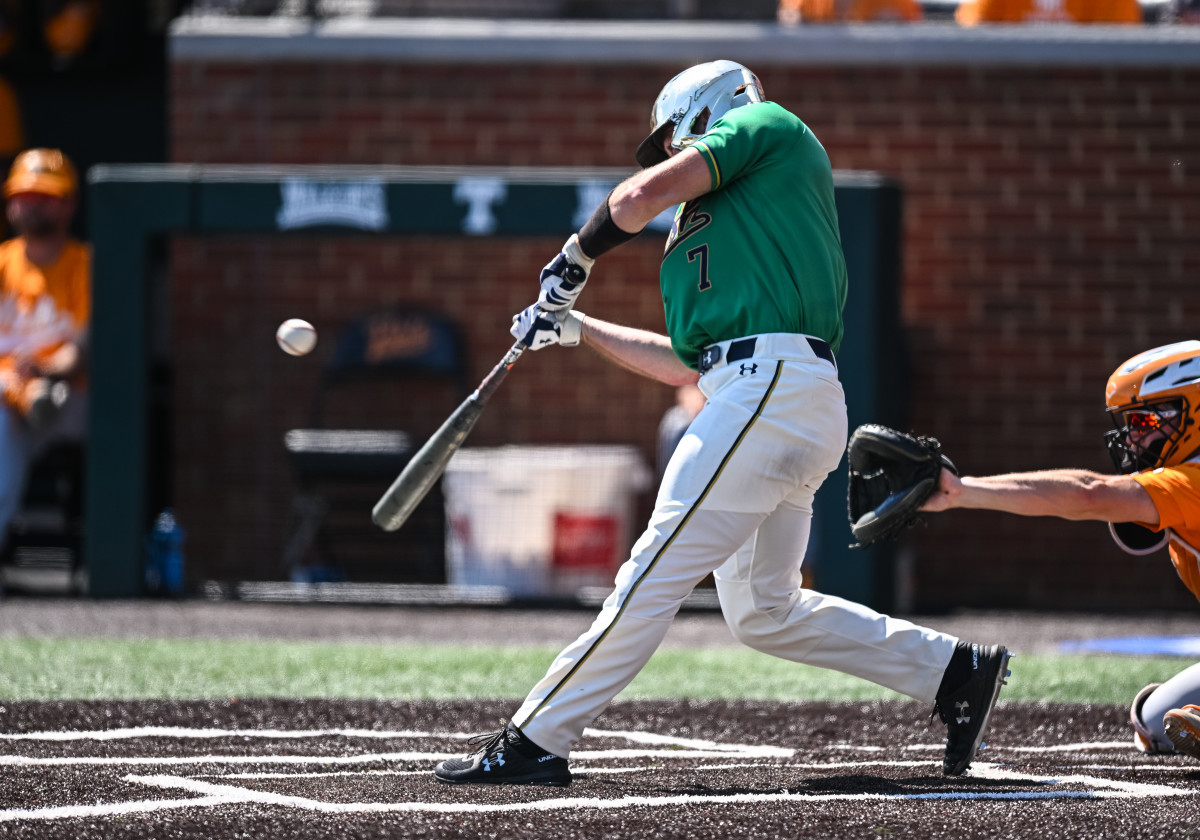