Athletes scaled new heights during the 2020 Tokyo Olympics with the addition of seven new sports, including karate and climbing. But while overall injuries remained comparable to previous games, some of the new sports contributed a disproportionately large portion of them. To safeguard athletes’ wellbeing the International Olympic Committee (IOC) […]

Athletes scaled new heights during the 2020 Tokyo Olympics with the addition of seven new sports, including karate and climbing.

But while overall injuries remained comparable to previous games, some of the new sports contributed a disproportionately large portion of them.

To safeguard athletes’ wellbeing the International Olympic Committee (IOC) audits injuries and illnesses at each Olympics and they have just released their current assessment for the Tokyo Olympics during 23 July to 8 August 2021.

11,315 athletes from 206 National Olympic Committees participated in this celebrated global competition and their medical teams reported a total of 1035 injuries and 438 illnesses across the 17 days of events.

This averages to around nine injuries and four illnesses per 100 athletes.

While COVID-19 impacted 18 athletes (less than 0.2 percent), there were less illnesses overall than previous years.

“This might largely be attributed to the extensive countermeasures put in place to mitigate COVID-19, effectively reducing transmission of COVID-19 and all respiratory infections,” IOC sports scientist Torbjørn Soligard and colleagues write.

There could be many reasons why athletes competing in the new sports ended up with more injuries, the researchers note – from weather conditions, venue, track or equipment design to awareness and adherence to injury prevention training.

“This emphasizes the importance of ongoing, longitudinal monitoring of injuries and illnesses as such variables might change over time,” they write.

Those governing the sports “must use these data with an aim of reducing the risk in future events.”

Heat illnesses also impacted 78 athletes, which isn’t surprising given temperatures soared to over 30 °C, with a relative humidity of above 70 percent which can make the heat a lot harder to deal with physiologically.

Luckily the cases were mild, which the team attributed to the mitigation efforts.

These included relocation of some events, recommendations for training in similar conditions in the lead up to the games which research has shown can help athletes tolerate more extreme conditions.

There were also provisions such as hydration and shade during the events and ice baths after.

The researchers hailed the success of the Olympics’ COVID-19 measures but recommend that future games be held in cooler environments.

“This will reduce the need for resources to implement exertional heat illness countermeasures (from both event organizers and the athletes) and maximize the athletes’ chances of safely reaching their peak performance,” Soligard and team conclude.

This research was published in the British Journal of Sports Medicine.

Mon Dec 19 , 2022
The 2022 World Cup final may go down as the greatest of all time. France’s Kylian Mbappe and Argentina’s Lionel Messi put on a spectacle for the world, scoring a combined five goals in both regulation and extra time. Lionel Messi of Argentina vies with Kylian Mbappe of France during […] 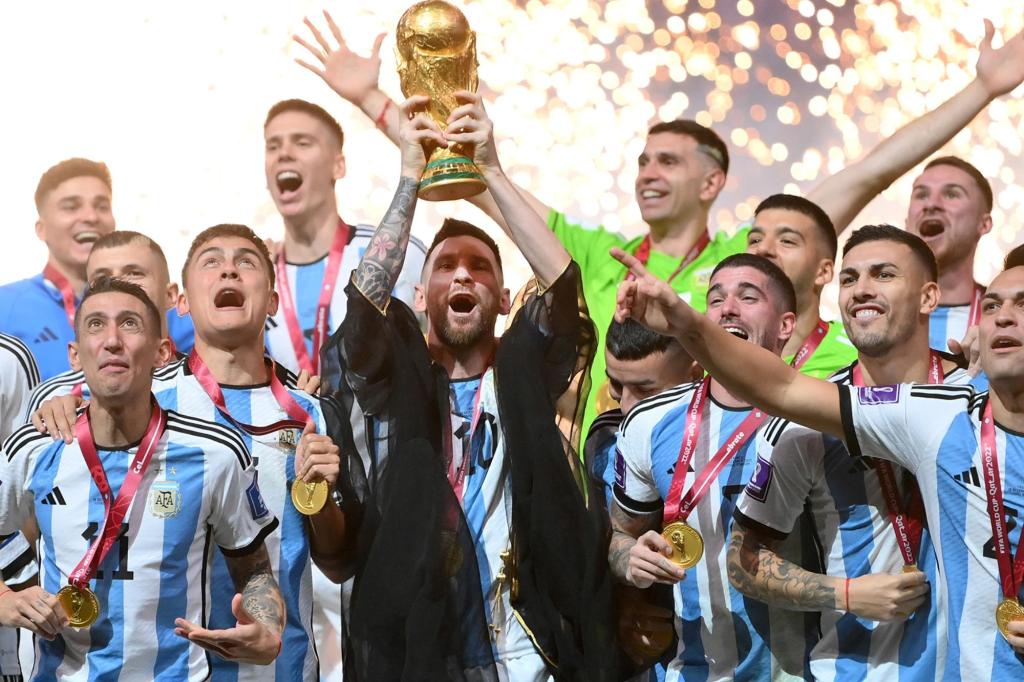