Russian and Belarusian tennis players will not be allowed to compete in Wimbledon, the third grand slam tournament of the year, this summer, the All England Club announced Wednesday. The Guardian reported the decision earlier in the day.

The English tournament announced a ban of Russian and Belarusian players, a decision that no other ATP or WTA tournaments have done.

“Given the profile of The Championships in the United Kingdom and around the world, it is our responsibility to play our part in the widespread efforts of Government, industry, sporting and creative institutions to limit Russia’s global influence through the strongest means possible,” the announcement reads.

“In the circumstances of such unjustified and unprecedented military aggression, it would be unacceptable for the Russian regime to derive any benefits from the involvement of Russian or Belarusian players with The Championships.

“It is therefore our intention, with deep regret, to decline entries from Russian and Belarusian players to The Championships 2022.”

The club left the door open to reverse the decision “if circumstances change materially between now and June.”

Other tennis tournaments across the world instead have kept Russian athletes from representing their home country or their home flag. For example, the players from Russia and Belarus do not have their country’s flag next to their name on the ATP and WTA homepages.

There will be major impacts in both draws due to the ban, but the biggest change will be World No. 2 Daniil Medvedev being taken off the draw. The Russian reached the round of 16 in last year’s event but won his first grand slam title at the 2021 U.S. Open.

Previously, the British government said that Russian players like Medvedev would have to denounce the Russian government and President Vladimir Putin to play at the All England Club in London. Medvedev never publicly denounced Putin, although he did want to “promote peace.”

The decision comes months after the International Olympic Committee recommended sports to ban Russian and Belarusian athletes from international competition.

Most sports leagues across the world had responses to the IOC’s recommendation of banning Russian athletes, or at least canceling Russian events. FIFA quickly banned Russian participants from events, while Formula One followed a similar approach as tennis did, by allowing their competitors to participate under a neutral flag.

Another big name tennis player affected by this decision is World No. 8 Andrey Rublev. Back in February, following the Russian invasion of Ukraine, Rublev wrote, “No war please” on a camera after a match.

Other top-100 men impacted by the ban include No. 26 Karen Khachanov and No. 30 Aslan Karatsev. On the women’s side, top players include No. 15 Anastasia Pavlyuchenkova, No. 18 Victoria Azarenka, No. 26 Daria Kasatkina, No. 29 Veronika Kudermetova and No. 31 Liudmila Samsonova.

Wed Apr 20 , 2022
Hundreds of Canadian athletes, active and retired, are cataloguing the ways in which the national high-performance system has failed them. Athletes overseen by Gymnastics Canada, Bobsleigh Canada Skeleton, Rugby Canada, Rowing Canada and Artistic Swimming Canada have called in recent months for changes ranging from the ouster of leaders and […] 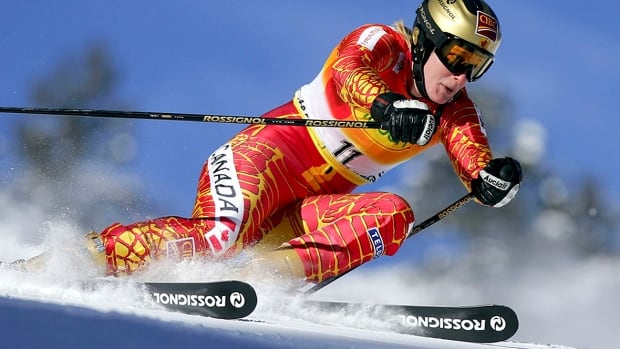