FLINT, MI – The current treasurer of the Mt. Morris Mountaineers wrestling club said Tuesday, May 17, that the woman who previously held her position had admitted to taking money from the organization’s bank accounts and using it for personal expenses. Malinda Gatica, of Mt. Morris, testified Tuesday in the […]

FLINT, MI – The current treasurer of the Mt. Morris Mountaineers wrestling club said Tuesday, May 17, that the woman who previously held her position had admitted to taking money from the organization’s bank accounts and using it for personal expenses.

Malinda Gatica, of Mt. Morris, testified Tuesday in the preliminary examination of Alisha Lacole Patton, a Flint woman who is charged with one felony count of embezzlement as an agent or trustee between $20,000 and $49,999.

District Court Judge William H. Crawford ruled that prosecutors in the case put forth enough evidence to suggest there was probable cause that Patton had indeed committed the crime and sent the case to Genesee County Circuit Court.

The first witness called by prosecutors during Tuesday’s hearing, Gatica explained that she was the group’s treasurer for about two years prior to resigning in January 2018 to spend more time with her family.

After resigning, Patton was appointed to replace her.

In November 2019, the group confronted Patton at a Mt. Morris McDonald’s restaurant where, Gatica testified, she said she took money.

“She admitted to us that she took all the money,” Gatica said. “This brings back so much anger.”

At the time, the organization conducted its financial banking through Huntington Bank. The only members of the nonprofit that had access to the group’s bank accounts were Gatica up and to her resignation, president Ryan Gilbert, and Patton.

Gatica explained that the group gains much of its funding through its season opener, the first tournament of its season. The Mt. Morris-area group hosts a tournament that is open to anyone through the MMWA on the first Saturday of every January and raise money through the fees other teams and wrestlers pay to participate.

Throughout the rest of the season, the group relies on fundraisers, but those produce much smaller gains.

The Mountaineers have a policy that at least two members of the board be present whenever money is withdrawn or deposited into the group’s bank account.

Gatica said there was only one time someone would need to withdraw cash from the account, which would be in preparation for the group’s season opener.

The money would come out of the account when checks were written to help fund kids participating in weekend tournaments, Gatica explained.

Gatica said that when she resigned, she handed all bank information over to Patton.

“I didn’t keep nothing for myself because I had no need for it,” she said.

Gatica testified Tuesday, while referring to her last bank receipt from her time as treasurer, that she deposited approximately $14,500 in it, plus about $2,300 in checks that had not yet been processed, as of Jan. 10, 2018.

“So, when you turned the reins over to Alisha, that was the status of the bank account?” asked Judith Fullerton, an assistant prosecuting attorney with the Genesee County Prosecutor’s Office. Gatica responded affirmatively. “And that’s the last contact you had with that account going forward and it was turned over to Alisha?”

She was later asked to rejoin the board as a trustee and while Patton was still treasurer.

During one of her initial meetings back with the club, she was told that bank statements had not been provided to the board by Patton. When Gatica asked the treasurer about wanting to see the bank records, she said she did not have them.

“She said that her son had lost them or thrown them away possibly,” Gatica testified. “Then we had another board meeting, and it was the same thing, that she didn’t have them, and so we told her that we needed to have a special board meeting and she needed to bring those than bank records with her so we can see how much was in the account.”

Concerns were significantly raised over the account when Jeff Kline, the athletic director at Mt. Morris Consolidated Schools, called Gilbert to tell him a check from the group had bounced. Gilbert, his wife, Tammi Gilbert who was also the group’s secretary, and Gatica went to the bank to find the account was empty.

The special board meeting was held at a Mt. Morris McDonald’s restaurant, where Gilbert said he called police and Patton, according to testimony, admitted to taking money.

Neering, the third witness called by prosecutors Tuesday, said that through his investigation he found that Mountaineers funding was also incorporated into another bank account opened through Portland Financial Credit Union, formerly known as SageLink in Flint Township.

“Through the records, you can see that there were steady withdrawals from the time that Ms. Patton took over until, I believe, approximately May of 2019,” Neering said. “At one point the Huntington account was withdrawn past its zero balance and then replenished up to a zero balance, at which time the account basically ceased activity. They rendered it inactive because there was no use on it anymore. There was no funds coming in and coming out.”

In October 2019, an account was created in the Mountaineers’ name at PFCU, which also houses Patton’s personal account.

“So, there’s a gap, from Huntington, from approximately May 2019 until October or November of 2019? So, there are no records about expenditure and money in or out?” Fullerton asked the detective.

Referring to bank records, Neering testified that Patton took over an account that had just under $17,000 in it and deposited a total of about $25,800 during her time as treasurer. But he was only able to find roughly $18,400 in what he called legitimate purchases, leaving about $24,300 unaccounted for or used toward illegitimate purchases.

“She did confirm to me that she had used it for personal bills, food expenditure for herself because she was going through some hard financial times,” Neering said.

Read more at The Flint Journal:

Fri May 20 , 2022
You might have thought you’d have many years to see Alysa Liu skate. Instead, her appearance with the Stars on Ice tour in San Jose on Sunday is one of the dwindling chances to see the East Bay native perform. Liu, just 16 and with one Olympics to her name, […] 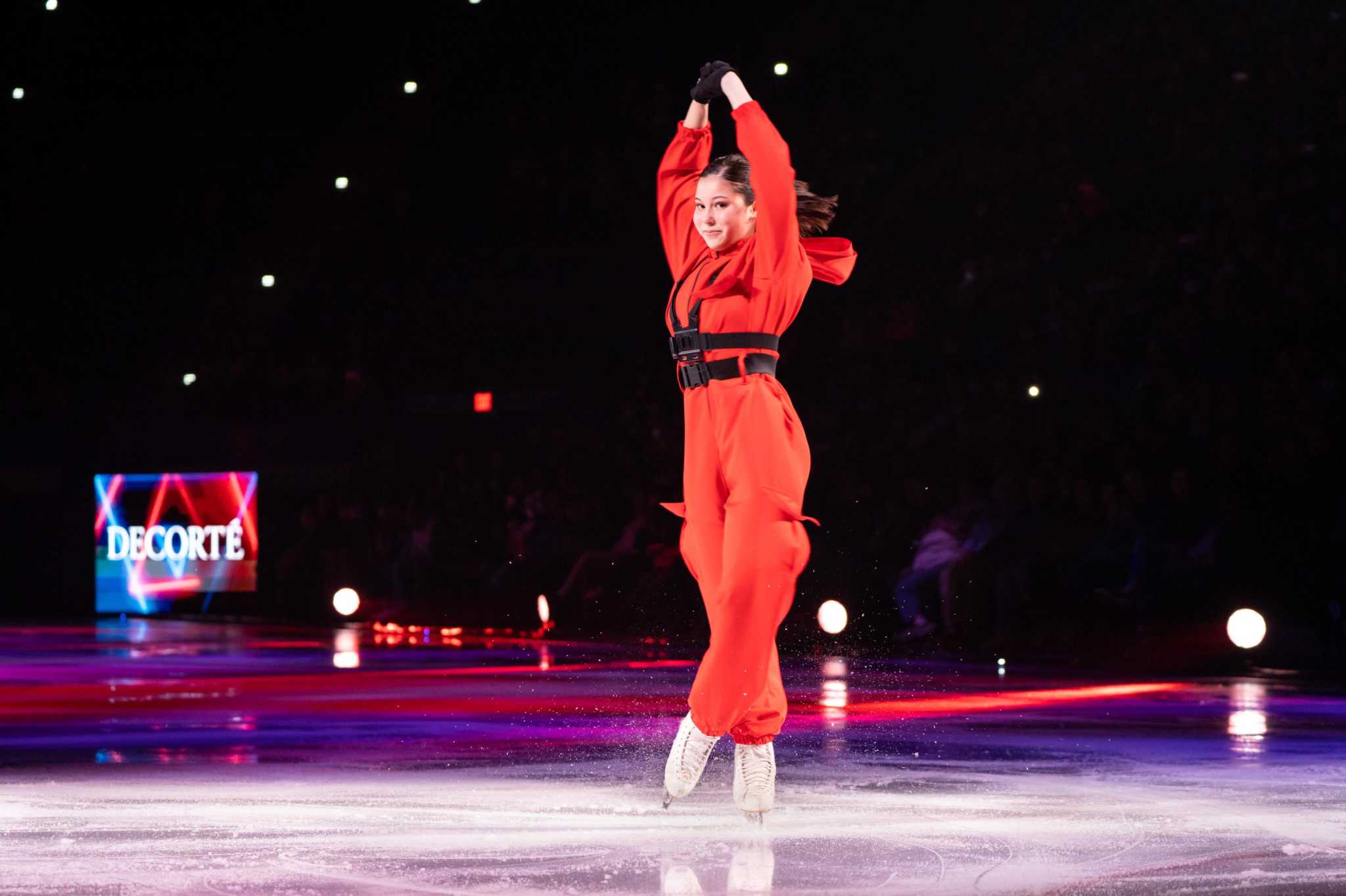